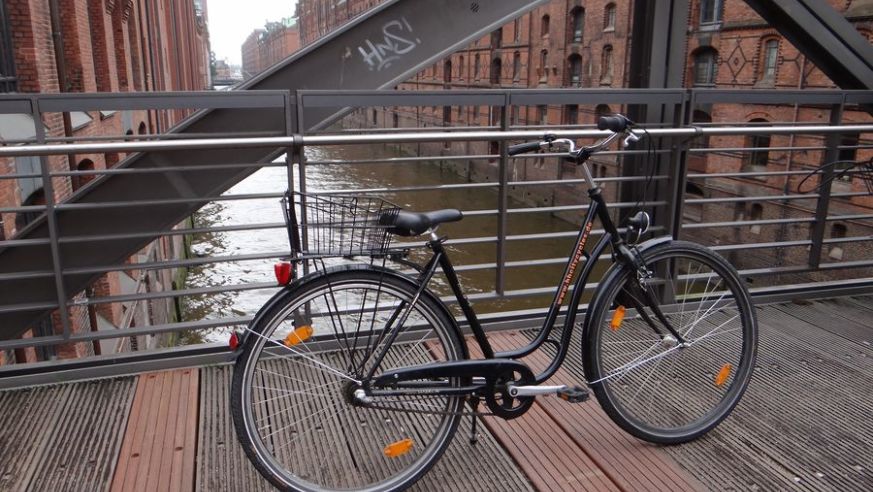 The next time you find yourself in the Baltic Sea Region, head straight to Hamburg and rent a bike for the best city views.

This article was written by Megan Eileen McDonough, Founder of Bohemian Trails.

Despite being Europe's richest city, Hamburg's humble neighborhoods don't show off, but rather, showcase both old and new influences in true style. From alternative Sternschanze and lively St. Pauli to modern HafenCity, these five neighborhoods showcase the many faces of Hamburg. The next time you find yourself in the Baltic Sea Region, head straight to Hamburg and rent a bike for the best city views.

Sternschanze
Perhaps one of Hamburg's best examples of gentrification, Sternschanze, or simply "Schanze," is Hamburg's hippest neighborhood of the moment. The graffiti-covered buildings and walls give the area a charming grungy appeal while the high-end restaurants, trendy cafes and fashion boutiques provide a stark contrast. Due to an increase in rents, many families and couples have flocked to the area but it's still a cultural playground for all residents.

HafenCity
Even from a distance, HafenCity looks completely different than anywhere else in Hamburg. This brown development project, when completed, will affect a total of ten neighborhoods of different sizes. In a nutshell, the entire area is undergoing a serious revamp, with hotels, offices, shops, buildings and residential spaces replacing old port warehouses. From an architectural standpoint, it's impressive to say the least and easy to get around by bike.

St. Pauli
St. Pauli might be better known as Hamburg's "red-light district," but there's also a bit of Beatles' history here. The Reeperbahn is the main street and serves as an unofficial divider between day and night attractions. On one side there are galleries and on the other, a slew of nightclubs. Things generally pick up around 11pm and it can get rather crowded, so keep an eye out for traffic. Swing by INDRA, the music venue where the Beatles first performed.

Karolinenviertel
Although technically the northern part of St. Pauli, Karolinenviertel has a distinct look and feel that deserves just as much attention. Park your bike near Marktstraße and and wander in and out of the shops. This area has experienced quite a bit of gentrification as well yet there are still remnants of what it looked liked years before. Fashionistas should head to Maison Suneve and those on the hunt for home goods with a twist will appreciate Lockengeloet.

Altona
An independent city until 1937, Altona is now part of Hamburg and an emerging one at that. The Altona Museumgives a great crash course into the area while Ottensen is the main street for shopping as well as bars, cafes and restaurants. Since Altona is more west than the other neighborhoods on this list, biking is a quick and easy way to experience everything from the architecture to the bohemian atmosphere and multicultural flair.