Open-air music festivals let you see dozens of your favorite bands for a single ticket. The booming attendance numbers for Austin City Limits, Bonnaroo, Coachella, and Lollapalooza have, in turn, spawned a wave of other outdoor events. Here are five newcomers, listed in their order of appearance this summer.

Country mainstays like Tim McGraw, Reba McEntire, and Big&Rich have large followings in the South, but this summer they're heading up north for the first annual Cavendish Beach Festival, where they'll be joined by Canadian stars like Paul Brandt and smaller bluegrass acts like the Grass Mountain Hobos. July 10–12; three-day pass $174; $54 Friday; $73 each Saturday and Sunday, cavendishbeachmusic.com.

Denver-natives the Fray will play their hometown for the second Mile High Music Festival, which will take over 18 soccer fields in a park just outside the capital city. They'll share stages with dozens of other musicians, such as Widespread Panic, India.Arie, and Matt Nathanson. Tool will perform live for the first time in two years. July 18–19; two-day pass $162.50; single day $90, milehighmusicfestival.com. 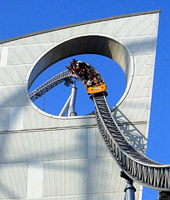 As the dollar weakens, Paris gets pricier

Those heading to Paris this summer are starting to worry about their spending power. The dollar tumbled this week to 1.40 against the euro&mdash;its lowest point in five months&mdash;and analysts fear that it's only gonna get worse. It might even deteriorate to the point we saw last April when it cost $1.60 to make a single euro. The greenback was so worthless back then that I half-expected to see Americans trying to pay for their hotel rooms with used Levis. The shifting value of these two currencies really does make a difference to your holiday budget. Imagine booking a Paris hotel for &euro;200 per night. If the dollar gains a few points from today's value and hits 1.30 against the euro, a three-night stay will cost you $780. If the dollar tumbles to 1.60, that same stay will cost $960&mdash;almost two hundred dollars more. Changes like that can easily happen within a year. To confuse an already complex situation, some travel guides convert local prices and relate them in dollar figures only. That can lead to surprises, especially if the review is a few years old. For example, picture a Paris restaurant with an unchanging &euro;50 menu. A review published today would convert that to $70. Something printed five years ago&mdash;and you'll find plenty of these online&mdash;would price it at $56. And one year ago, that same menu would be $80. That's a pretty big difference! To cut the confusion, Affordable Paris gives you the price in both currencies. And we're ramping up our coverage of lower-priced hotels and restaurants to ensure that the City of Light remains within reach during even the worst dollar slump. Slimming down the lunch bill at Paris restaurants Affordable Paris: Two new "designer hostels" for $40 a night Paris: Museums for free Paris attractions: Top 5 free events in June 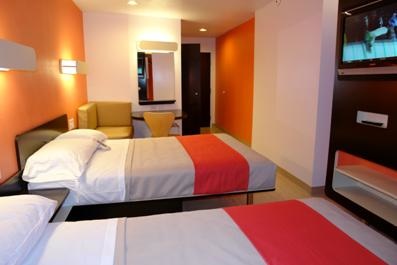 Motel 6 has redesigned 38 of its properties in the U.S. since March 2008. The design incorporates greener features such as wood flooring made from unused industry scraps and fluorescent light bulbs in all rooms. Rooms have been upgraded to a 32-inch flat-screen TV and a multimedia panel to plug your MP3 player into. All new Motel 6 properties will have this new design, and makeovers will be given to the chain's approximately 1,000 other locations. Newly designed Motel 6 rooms can be found in Dallas, Santa Barbara, Chicago, Las Vegas and a few other cities in the U.S. so far. You'll have to call ahead to see if a property got one of the lucky makeovers. &mdash;David Cumming 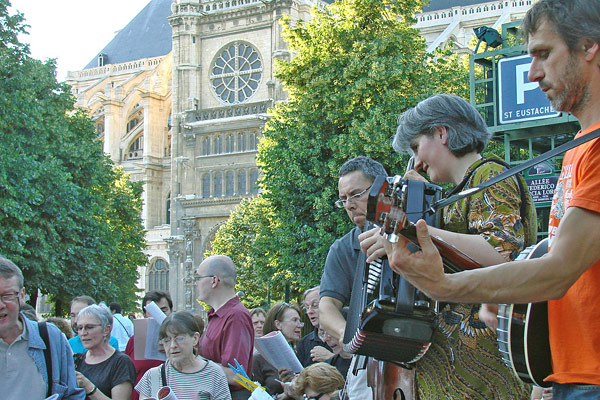 The only thing better than visiting Paris is being able to enjoy free events in Paris. Here's a round-up of activities for the lovely month of June. La Foire Saint-Germain (May 22&ndash;July 5) This six-week neighborhood fair includes an antiques sale from June 4&ndash;15, a night of contemporary photography on June 22, and a book sale on June 26&ndash;28. Details, here. Almost all events take place in the postcard-charming place Saint Sulpice (6th arrondissement). Paris Jazz Festival (June 6&ndash;July 26) This annual Jazz Festival provides a great excuse to laze about in the Parc Floral, part of the sprawling Bois de Vincennes. During two summer months, free concerts are held on the grand sc&egrave;ne (big stage) every Saturday and Sunday at 3:00 and 4:30 p.m. Highlights in June include Robin Verheyen this Saturday, Cheick Tidiane Seck on June 14, Rita Marcotulli on June 20, and Joe Louis Walker on June 27 (check the full program here). Food and drinks are on sale inside the park, but most people bring their own stock of nibbles and wine. Entry to the Parc Floral is &euro;2.50, but the concerts are all free. Take the Metro line 1 to Ch&acirc;teau de Vincennes and follow the crowds (Parc Floral, Esplanade de Chateau de Vincennes, 12th arrondissement). Entrez dans la Danse (June 7) The sixth annual "come into the dance" festival will be putting on more than 75 free performances across the city, plus participatory dance workshops. Check out the online program here, or just stumble into any of the following locations from 11am to midnight and see what's shaking: le Centre d'Animation des Halles du Marais (6&ndash;8 place Carr&eacute;e, Forum des Halles, 1st arrondissement), le Centre de Danse du Marais (41 rue du Temple, 4th arrondissement), Bercy Village (28 rue Fran&ccedil;ois Truffaut, 12th arrondissement), la Passerelle Simone de Beauvoir (bridge over the Seine in the 13th arrondissement), le Parc des Buttes Chaumont (19th arrondissement), Le Centquatre (104 rue d'Aubervilliers, 19th arrondissement) and the Parc de Belleville (20th arrondissement). F&ecirc;te de la Musique (June 21) Launched in 1982 by the French Ministry for culture, this festival now takes place in more than 110 countries each year on the day of the summer solstice. In Paris, you'll find free concerts in parks, bars, restaurants, hospitals, and street corners&hellip; just about any sort of place you can imagine. Performances range in quality from pro to super-amateur&mdash;last year I was charmed by a group of 14 year-old French boys playing Pixies covers outside my local subway stop. There's a constantly-changing program online here, but my preferred strategy is just to wander and follow the noise. La Defense Jazz Festival (June 12&ndash;28) Suburbanites will be flocking to these free concerts at la Defense, the futuristic commercial center just west of Paris (a few stops on the RER A). Luminaries include Eric Truffaz (electro jazz) on June 12, Beat Assailant (hip hop jazz) on the 24th, and Goran Bregovic (Balkan music) on the 28th. Most concerts take place outdoors on the Esplanade de la Defense, but consult the program online here. EARLIER Our Affordable Paris blog series ELSEWHERE Eurocheapo Paris travel tips 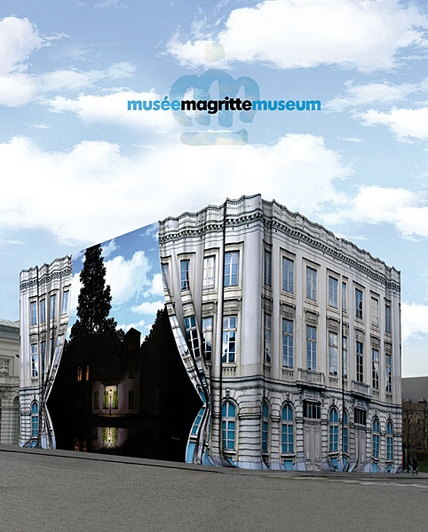 Mus&eacute;e Magritte Museum, dedicated to the works of Ren&eacute; Magritte, debuted today in Brussels, Belgium. Magritte was a leading surrealist painter who created art that was both thought-provoking and whimsical. He seems to have delighted in juxtapositions like the one seen in "Le Domaine d'Arnheim." His best-known work is probably "The Treachery of Images"&mdash;a painting of a pipe with the words "Ceci n'est pas une pipe" ("This is not a pipe") written under it. It was Magritte's way of trying to force people to focus on the fact that a painting of a thing is a painting, not the thing itself. Magritte is reported to have said about the painting, "Just try filling it with tobacco." The new museum has five exhibition levels with more than 26,000 square feet of space and 250 artworks and other pieces. It is intended to be the leading center for research into Magritte's life and works, but of course you don't need to worry about that to enjoy the great art. While in Brussels, you can also visit 135 rue Esseghem, the house where Magritte lived and worked for 24 years; it's now the Ren&eacute; Magritte Museum. And you could follow the advice of Tomme Arthur and visit Brasserie Cantillon for a tasty Belgian beer. Mus&eacute;e Magritte Museum. The entry fee is &euro;8 ($11.25), and the museum is closed on Mondays. EARLIER Belgium, the Capital of the Comic Strip honors its animated heritage with a new museum and a walking tour.