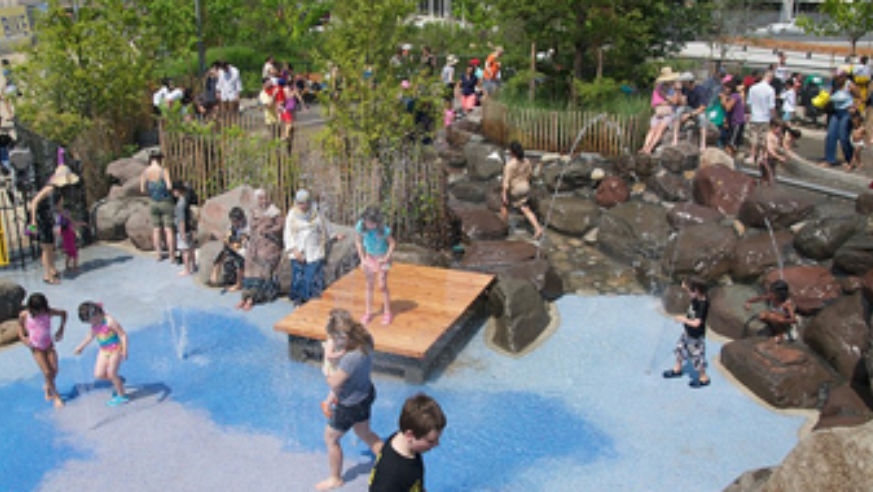 Brooklynites know what the rest of the world is just discovering—that Brooklyn is a great place to visit. According to NYC & Company, the official tourism bureau of New York City, 50.2 million people visited in New York City* in 2011 (and 10 million of them were international visitors). More and more of these folks are finding their way to Brooklyn, as evidenced by the outcropping of new hotels sprouting up in the area. What's drawing them to the borough—and why should you make time for a Brooklyn stop on your next New York vacation? Let me count the ways that this borough is cool:

1. The French say so. The New York Times recently reported that "Among young Parisians, there is currently no greater praise for cuisine than to call it 'tres Brooklyn,' a term that signifies a particularly cool combination of informality, creativity and quality."

2. Hot new hotels are opening left and right. Three of my favorites: Aloft New York Brooklyn, a 176-room just a short walk from the Brooklyn Bridge. Rates start at $169 per night. Nu Hotel a hip hotel in downtown Brooklyn that recreates the experience of loft living (some rooms even have hammocks suspended from the ceiling). Rates from $269 per night. 3B, a charming, 4–room B&B that is run by eight young artists and writers who live nearby. A complimentary breakfast is served each morning. Rates start at $120.

3. Exciting art spaces. Brooklyn Museum of Art and BAM cinema are two longstanding favorites of mine, but you can also find plenty of avante-garde art spaces too, including the Galapagos Art Space in Dumbo for live performances and the Black & White Gallery in Williamsburg.

4. Awesome restaurants. Char 4 for down–home Southern cooking with a New York twist (and one of the best selection of whiskeys I've ever seen). Lucali, voted the best pizza in Brooklyn and rumored date spot for Beyonce and Jay-Z (575 Henry St., Carroll F or G), Lomzynianka Restauracja in the Polish enclave of Greenpoint where you can get a fresh platter of pierogis, and Egg, for some of the best brunch around (135 N. 5th St near Bedford L), plus it's right next door to the Brooklyn Brewery so after you finish brunch you can tour the factory and down a pint.

5. Revitalized outdoor spaces that are fun for the whole family. Coney Island has been revitalized with new rides as the Human Slingshot, which catapults guests 220 feet in the air, new restaurants such as the out post of Grimaldi's, one of Brooklyn's best known pizzerias. There's also the new Brooklyn Bridge Park, with bike paths, sandy volleyball courts, and a public pool, not to mention a quaint grassy stretch overlooking the river.

Do you have any favorite Brooklyn places that I missed? Tell us about them below!