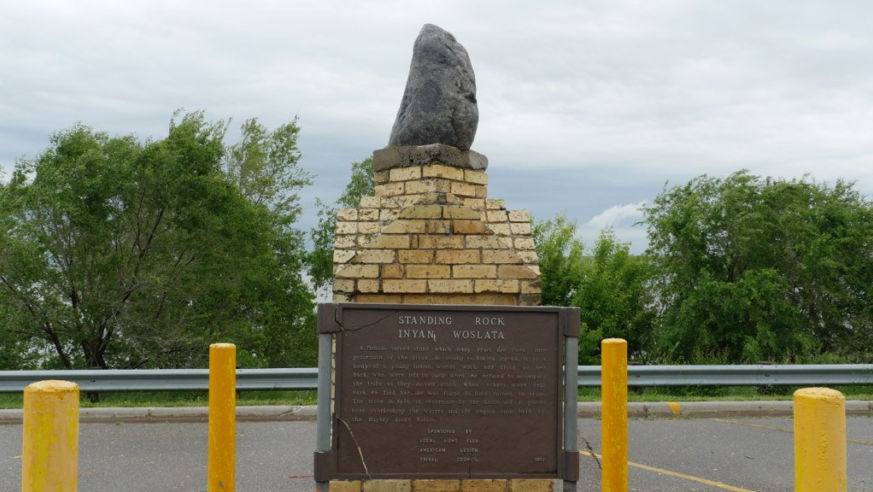 U.S. Department of the Interior

Budget Travel has always considered Native American history and culture, and the travel destinations that reflect them, to be a vital part of our mission. From the Smithsonian’s National Museum of the American Indian to the Little Bighorn, from the spectacular Southwestern parks located on Navajo land to the Crazy Horse monument in South Dakota, we’re always eager to share news and tips about these destinations.

But sometimes, unfortunately, it takes a crisis to bring a travel destination to our attention.

As you probably know, the Standing Rock Sioux are in the midst of a peaceful protest to stop construction of the Dakota Access Pipeline. Environmentalists and tribal leaders say that the pipeline will threaten water supplies for the Standing Rock Sioux and the millions of people who live downstream from the Standing Rock Indian Reservation (2.3 million acres straddling the border between North and South Dakota). The company building the pipeline, Energy Transfer Partners, says that the pipeline will be a safer way to transport crude oil than the current surface modes of transportation, and that it has followed state and federal rules. The standoff is likely to continue, and protesters (who include not only North and South Dakota locals but also indigenous people and other supporters from across North America and beyond) are setting up structures to allow them to remain through the harsh Dakota winter.

We thought now might be a good time for us all to learn more about Standing Rock as an important piece of protected land and a beautiful and educational travel destination for nature lovers, history buffs, fishing and cycling enthusiasts, and others. We’re going to bet you didn’t know…

Standing Rock is the fifth largest reservation in the U.S., including grass plains, hills, and buttes bordering the Missouri River, Lake Oahe, Grand River, and the Cannon Ball River. The name “Standing Rock” was inspired by a rock formation (a “sacred stone”) that resembles a woman carrying a child on her back. Standing Rock is home to Lakota Sioux and Dakota Sioux, and the cultures of the two groups (and the sub-groups within them) are quite diverse. Historically, the two groups included horsemen, buffalo hunters, and farmers.

Sitting Bull (1831 to 1890), perhaps the best-known Sioux leader, was born along the Grand River. Sitting Bull’s lifetime spanned the expansion of U.S. settlements on native lands, and he resisted the government’s attempts to relocate his people and to buy sacred land. Sitting Bull was killed during an attempt to arrest him. There are two official Sitting Bull burial sites: The original is in Fort Yates, North Dakota. The second (where Sitting Bull’s remains were reportedly relocated) is across the Missouri River from Mobridge, South Dakota, and features a bust by sculptor Korzcak Ziolkowski.

Sakakawea (1788 to 1812), the Shoshone woman renowned as an essential guide to Meriwether Lewis & William Clark’s Corps of Discovery, is commemorated near the Sitting Bull sculpture. Visitors can visit the Fort Manuel Replica, near Kenel, North Dakota, which recreates the community in which Sakakawea spent her final years. (Note: The spelling Sakakawea reflects a more accurate pronunciation than the more traditional spelling Sakajawea.)

The Standing Rock National Native American Scenic Byway is a gorgeous 86-mile stretch that crosses Lakota and Dakota lands along historic S.D. Highways 1806 and 24. Keep an eye out for memorial markers, interpretive signs, and monuments to learn about the history of Native Americans and settlers in the region.

The Lewis and Clark Legacy Nature Trail, in Prairie Knight Marina near Fort Yates, is a three-mile trail suitable for hiking and cycling. You’ll learn about the area’s plants and how the Lakota and Dakota people used them.