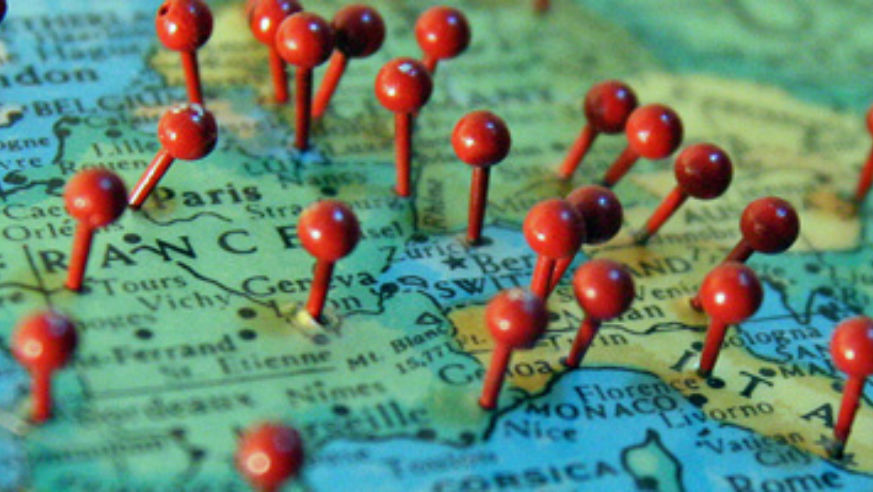 Anthony Bourdain is hardly a newcomer to the travel scene—his No Reservations food travelogue has been a television mainstay for over half a decade—so it’s no surprise to see his latest jaunt, The Layover, getting lots of media coverage. Bourdain’s program will see him seeking out new people, cultures and (of course) foods within the small window of time afforded him by airport layovers in Asia, Europe and the United States.

The annals of television travel programs contain a number of icons, of which Bourdain is only one example. There’s Michael Palin, the Monty Python alumnus who has traveled the world in a number of television shows and books; David Attenborough, the naturalist filmmaker whose gravelly British accent should be instantly familiar to fans of the BBC’s Blue Planet and Human Planet; and a collection of contemporary pop-travel shows from The Amazing Race to Wild On!

But these popular examples are only one side of the travel genre. What of the obscure, the low budget, the un–syndicated? Away from the big names and networks, there are travel treasures to be found for every category of viewer.

For the Road Warrior: Forget those cross–country family roadtrips to the Hoover Dam: how about two–wheeling across the entire globe? Actors Ewan McGregor and Charley Boorman did just that for their 2004 motorbike travelogue, Long Way Round, which took them 20,000 miles from London eastward to New York. Their trip spanned a huge range of environs, from the traffic gridlock of Rome to Mongolian deserts and Russian marshland along the fabled Road of Bones. The trip of a lifetime? Nope—in 2007 the two linked up again for another monster bike ride, this one the “Long Way Down” from the northern tip of Scotland down to Cape Town, South Africa.

Where to watch it: Both trips are available on DVD from Netflix, as well as on the Long Way Round online store.

For the Traveler with an Iron Stomach: Bourdain might crunch into some interesting cuisine in his wanderings, but for a real look at the dark side of travel food, follow Riku and Tunna on their Madventures. These two Finnish guys travel alone—no camera crew, support vehicles, or huge budgets—and wheedle their way into some of the world’s most exotic cultures and locales. In–between braving drug–fueled shamanic rituals in the Amazon and nuclear fallout in the ghost towns around Chernobyl, Riku and Tunna draw straws for the privilege of sampling some unusual eats—among them monkey brains, blood-gorged leeches, and human placenta.

Where to watch it: DVDs of Madventures’ third season are available on the Madventures online store; previous seasons are currently sold out.

For the Transit Enthusiast: If you’re the type who would rather take a tuk–tuk than a taxi, try out Charley Boorman’s By Any Means. Eschewing airplanes except when absolutely necessary, Boorman travels from Ireland to Australia (and Australia to Japan in the second series) using local transport. The program’s hook is more than a gimmick: from the windows of Philippine jeepneys and backs of elephants in Nepal, Boorman and his crew observe a world of cultures far removed from luxury cruises and first–class amenities.

Where to watch it: Unfortunately for American viewers, both series are currently available only as region–locked DVDs on Amazon’s UK site. Another Boorman program, Race to Dakar—which details Boorman’s attempt to complete the cross–Saharan Dakar Rally—is available on Netflix.

For the Backpacker: Three friends and a world of possibilities. It sounds cliché, but Departures’ simple premise—“the revelations of two travelers who strive to find themselves and new perspectives”—has fueled three seasons of globetrotting action. Along with their cameraman, Andre, wanderers Scott and Justin ride reindeer in Siberia, climb into an active volcano in Papua New Guinea, and feed feral hyenas in Ethiopia. The team is currently working on a new travel program, Descending, which will focus on the world’s great dive sites.

Where to watch it: All three seasons of Departures are available on the show’s online store. Halogen TV also airs reruns.

For the Do–Gooder: We hear lots of stories about how inconsiderate travelers contribute to despoiling the world. That’s why Explore22 is so refreshing: it’s a youth–oriented series that focuses on how travelers can discover and help struggling communities around the globe. Like the cast, the series is still young, but viewers have already been taken to Haiti for earthquake relief and to Peru, where the team joined a construction project to erect a new school.

Where to watch it: Put down the TV remote: Explore22 is web–only, and the first few episodes are available for free viewing on the show’s website.

Travel shows are no substitute for real experiences, but a good program can help illustrate the world’s wonders. Which travel shows have inspired your own wanderlust?

Solo Travel Websites Worth Checking Out

Learn a New Language for Under $100