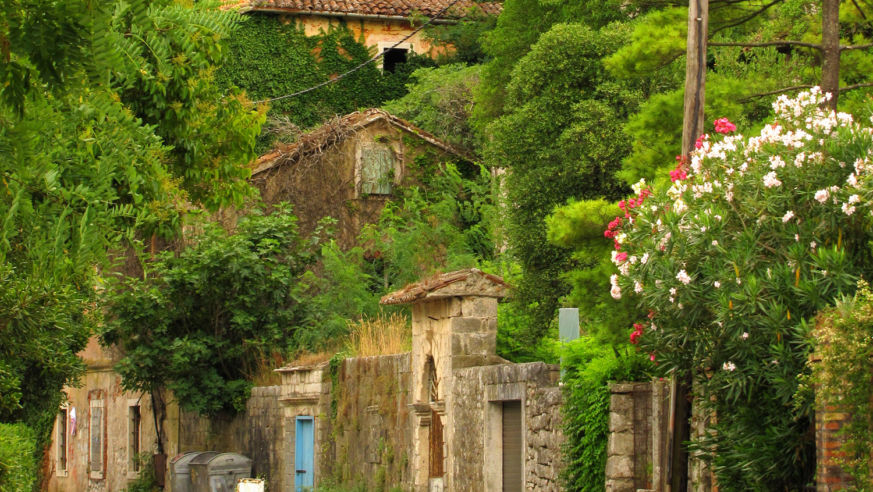 Prcanj is one of Montenegro's charming small towns.

By Meagen Collins for Yahoo Travel

It’s 2016 and many of you will most likely be making those two big New Year’s resolutions: 1. Lose weight and 2. Travel more!  Well, we are here to help you with the second one.

Not only are we going to inspire you to travel more, but we want to inspire you to outdo your friends this year and discover some of the best off-the-beaten-path European destinations. And guess what? They all are stunningly beautiful — and they’re super affordable too! Score!

These unexpected European destinations will give you a serious case of wanderlust, and will have you packing your bags, booking a flight, and discovering the great unknown this year.

Kosovo, in particular the city of Prizren, is our new favorite spot in Europe. When we were there in November, winter was approaching and the days were becoming colder. But even so, the people were still out enjoying the limited hours of sunshine they had every single day. We discovered locals drinking coffee in the numerous coffee shops around town, restaurants full every night, and bars offering cheap drinks and a chilled atmosphere.

A must-see is the view from the Kalaja Fortress.  If it’s a nice day bring a picnic and hang out with the locals, many of whom are happy to chat with foreigners.

What to eat: Try pljeskavica, grilled meat stuffed with cheese. We had this dish at Te Syla restaurant and it is seriously the best in town — so good we went back the next day and had it again! The prices is less than five dollars, and many restaurants serve it with salad and fries.

Fun fact: Kosovo is the youngest country of the 21st century. It officially declared independence from Serbia on February 17, 2008.

We visited Tirana and Shkodra, but the coastal towns of the ‘Albanian Riviera’ are a popular place to visit during the warmer months. This country is jam-packed with so much natural beauty it would be a shame to leave it off any European trip. The people are all welcoming, and go above and beyond to help any foreigners in need of assistance.

What to eat: Veal appears to be the specialty of Albania — or 'the baby cow’ as it is usually described. We recommend giving the Albanian pilaf a try, rice cooked in seasoned broth. It usually costs around $1 for a small serving.

Fun fact: Albania, Armenia, Macedonia, and Vatican City are the only European countries without a McDonald’s branch.

The first thing to realize is that there are two Macedonias in Europe. In fact they are side by side. One is the the Republic of Macedonia (sometimes called the Former Yugoslav Republic of Macedonia or FYROM), and the other is a region of Greece. It’s best not to get these mixed up — otherwise you might encounter some rather upset locals.

We visited the capital of the Republic of Macedonia, Skopje, and though it is a city under construction, it’s still beautiful to visit. It’s going to be incredible once it’s finished. You can wander the streets admiring the architecture and art bridges, or head into the Old Bazaar or Bit Pazar area to get a taste of the local market scene.

What to eat: Make sure you try pastrmajlija — this is a fried dough pie that is covered with salted and cubed meat pieces and sometimes cheese or egg. Often you’ll get a couple so chili peppers on top as well. The dish is so tasty there’s even a festival for it every fall. A small serving cost around $3 and fed both of us!

Fun fact: Of all the Yugoslav territories, Macedonia is the only one that gained independence peacefully.

Related: The Cheapest Places in Europe for Just About Anything

One of the fastest growing tourist destinations in the Balkans, Montenegro offers beautiful coastlines, stunning mountains, and historic old towns to explore. Whilst not as cheap as some other Balkan destinations, you can certainly still get some bang for your buck if you go about it the right way. In the summer months prices go through the roof, but come during the off season and prices of accommodation can sometimes be negotiated.

What to eat: Seafood, especially squid known as lignje, is popular in Montenegro. Due to its positioning there is also a lot of Italian influence in local cooking, with Turkish coming in a close second place. The cuisine also revolves around fresh produce including olive oil, olives, and cheese — all of which are divine.

Fun fact: Montenegro features in the James Bond movie Casino Royale — but in name only. Bond supposedly bullet trains to the small European country and then joins a high-stakes poker tournament at a hotel there. But the filming was actually done in the Czech Republic.

Related: The World is Not Enough: How to Travel Like James Bond

We spent close to four months living in Bucharest in 2015, and we fell in love. The people are friendly, the countryside is captivating, and it doesn’t hurt that the cost of living is quite reasonable. Plus, being able to say you’ve visited Dracula’s castle will make you instantly cool with your friends — trust us.

What to eat: When heading out for a meal in Romania know this: You will never leave the restaurant hungry. Romanian food is incredible, and the portion sizes are insane.

Make sure you try the grilled minced-meat rolls called mititei (meaning “small ones”). We also liked sarmale, which is minced meat with rice wrapped in either pickled cabbage leaves or vine leaves; it’s served with a few slices of ham or bacon and a nice big helping of polenta. For dessert, order papanasi, a boiled/fried donut of sorts that’s been smothered in jam and cream — heavenly.

Fun fact: In 1889 the Romanian city of Timisoara became the first in Europe to have electric street lighting.

So there you have it, Europe’s best off-the-beaten-path destinations to visit in 2016. I recommend adding these countries to your itinerary straight away, and as soon as possible too — they won’t be quite so 'unvisited’ in the coming years.