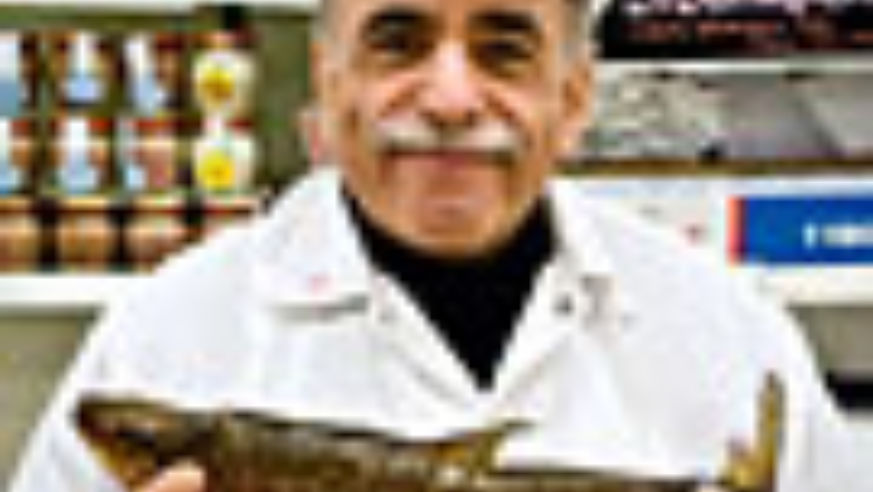 Our "25 Reasons" stories pinpoint the details that make a place unique. But when you're talking about the greatest city in the world, 25 just won't cut it.

1 Carrying a torch
No city gives a better welcome than New York. The Statue of Liberty leaves the light on for you, no matter who you are, no matter where you've come from, no matter how long you've been away. Information:statueofliberty.org, ferry $12. Catherine Wilson, Thornwood, N.Y.

2 Hustle that bustle
Every corner in Midtown is packed with people waiting to cross the street. Everyone is rushing to get to the meeting, the java fix, the subway. No stopping to smell the roses here—just grab a bunch of flowers from one of the many vendors and smell them as you hurry on to your next destination. Karen Ganz, Aurora, Colo.

3 Chip off the old block
As soon as I get to New York, as well as on my way back to the airport, I visit Levain Bakery—because all my friends expect the sinful chocolate-chip cookies as souvenirs. We've even ordered them by mail. Information: 167 W. 74th St., 212/874-6080, levainbakery.com, $3.75. Rhonda Gillette, Olathe, Kans.

4 Curb enthusiasm
If the energy of New York doesn't fire a person up, that person may already be dead. Kaymaria Daskarolis, Oakland, Calif.

6 Your kind of town
No matter where you're from, there's a neighborhood that'll make you feel at home. Eric Vazquez, Rapid City, S.D.

7 Show 'em how
Broadway is better when it's discounted. In addition to TKTS in Times Square (W. 46th St., tdf.org), there's a booth at the South Street Seaport where you can buy next-day matinee tickets. Another great source is the Playbill Club (playbill.com). Cindy Kilkenny, Brookfield, Wis.

9 Ghostly presence
You could be passing a house haunted by Revolutionary War soldiers and not even know it. Laura Kwartler, San Diego, Calif.

10 Book a room
My husband and I moved to Florida from Connecticut five years ago. When we need a New York fix, our favorite hotel is the Library Hotel, near Grand Central. There are complimentary espressos and cappuccinos in the library area 24/7. Information: 299 Madison Ave., 212/983-4500, libraryhotel.com, from $229. Lisa Cicchesi, Cape Coral, Fla.

11 You're the top
I always get goose bumps when I set foot in the cool, granite foyer of the Empire State Building. Memories of Cary Grant and Deborah Kerr in An Affair to Remember envelop my mind. From the observatory, if I look closely, I can see my dreams come true. Information: 350 Fifth Ave., esbnyc.com, $19. Lillis Werder, Manassas, Va.

12 Sweet spot
I discovered that I love New York three years ago. I've just returned from my fifth trip since then and have found another reason to love the city: Economy Candy on the Lower East Side. It's been there since the 1930s and has an old-time atmosphere and more candy than you've ever seen in one place. Information: 108 Rivington St., 800/352-4544, economycandy.com. C.E. Westwood, San Diego, Calif.

14 Made in Brooklyn
Take the subway to Brooklyn and walk along the Brooklyn Heights Promenade for wonderful Manhattan views. Head to Grimaldi's Pizzeria, under the Brooklyn Bridge: The pizza—made in a coal-fired brick oven—is the best (19 Old Fulton St., Brooklyn, 718/858-4300, grimaldis.com, from $14). Then stroll over the bridge and absorb it all—the joggers, the cyclists, the lovers, the lights, the breeze coming off the water. Marty Walter, Atlanta, Ga.

15 Havana good time
At Cuban-Chinese restaurants, opened by Chinese Cubans who fled when Castro took over, the Chinese menu is usually too bland for me, but the Cuban one makes up for it. When I'm in New York—where I lived for 20 years—I make sure I get to La Caridad 78. It's crowded and chaotic, with Chinese waiters shouting in Spanish. Information: 2199 Broadway, 212/874-2780, entrées from $7. Rory Metcalf, Mineral Point, Wis.

19 Roger that
The Hotel Roger Williams staff remember your name and are genuinely concerned about your having the best possible experience during your stay. Information: 131 Madison Ave., 212/448-7000, hotelrogerwilliams.com, from $275. Lisa Mastin, Smyrna, Tenn.

20 Stars in your eyes
I once cut down an alley only to see actor Goran Visnjic (ER's hunky Dr. Kovac) being photo­graphed. I smiled, and he winked at me. Months later, I recognized the photo on TV Guide's cover. Only in New York. Barbara Eklund, Yardley, Pa.

22 Chutzpah central
In 2000, while we were pondering the line at the Stage Deli, we watched as President Clinton's limo pulled up. Without saying a word, the people in line let the leader of the free world know he wasn't about to get cuts. (Clinton announced that he knew another place they could go and then took off.) What were the terrorists thinking? No way could they ever bring this city to its knees. Information: 834 Seventh Ave., 800/782-4369, stagedeli.com, sandwiches from $11. Kathleen Nieto, Brighton, Mich.

24 Axis of medieval
The Cloisters houses the Metropolitan Museum of Art's medieval collection in a building made out of relics from European monasteries. It's way uptown on the west side and overlooks the Hudson. The Met's entrance fee covers same-day admission, but I wouldn't rush either spot. Information: 212/923-3700, metmuseum.org, $20 (suggested), closed Mon. Dawn Lester, Washington, D.C.

25 What's in store
From outside, ABC Carpet & Home looks unremarkable. Once through the doors, however, you'll feel like Dorothy when she realizes that she's not in Kansas anymore. The store is like an upscale, indoor bazaar, where each stall is filled to the brim with eclectic and beautiful housewares, textiles, rugs, and more. Information: 888 Broadway, 212/473-3000, abchome.com, abchome.com. Susan Brauer, Minneapolis, Minn.

26 Rose and shine
Walking through the flower market, on West 28th Street between Sixth and Seventh avenues, is a great way to start the morning. Mark McCradden, Fairfax, Va.

27 Crash pod
Rooms at The Pod Hotel come with iPod docking stations and individual TVs for the bunk beds. (Larger rooms have double or queen beds and private baths.) When my daughter and I stayed there, we called ourselves "two peas in a Pod." Information: 230 E. 51st St., 800/742-5945, thepodhotel.com, from $89. Gina Clark, Charlotte, N.C.

28 Winter wonderland
I love the holiday season, from the Macy's Thanksgiving Day Parade to New Year's Eve in Times Square. I love seeing the balloons get inflated on Thanksgiving Eve and then going to the parade in the morning. I love the big Christmas tree at Rockefeller Center and the department stores' windows. I love the Christmas Spectacular at Radio City Music Hall. I love watching the ball drop in Times Square. Information: 1260 Sixth Ave., 212/307-7171, radiocity.com, from $42. Julie Kasenow, Los Angeles, Calif.

29 Hepcat's cradle
Founded by Bob Holman, one of the deans of modern poetry, The Bowery Poetry Club is a refuge for intellectuals and artists. The club has poetry slams, creative music, and even comedy. Information: 308 Bowery, 212/614-0505, bowerypoetry.com, $5–$10. Michaela Lola Abrera, Manila, Philippines

31 Local hero
My husband and I signed up with Big Apple Greeter, a free service in which locals give private tours. We were interested in the NYU and Gramercy areas, and our guide was a native New Yorker and NYU grad (back in the '50s) who shared his stories. Information: 212/669-8159, bigapplegreeter.org. Jane Whittington, Grand Rapids, Mich.

32 One in eight million
I love the feeling of being anonymous. Emily Wright, Anthem, Ariz.

34 Perfect circle
When I bite into a bagel from H&H Bagels, my whole face feels like it's smiling. Last time, we brought back three dozen. Information: 2239 Broadway, 212/595-8003, hhbagels.com. Melissa Vanefsky, Deerfield Beach, Fla.

37 The way we were
The Lower East Side Tenement Museum shows how immigrants shaped the city. It's unbelievable to see how they lived, crammed into small, windowless apartments with 11 other people. Information: 108 Orchard St., 212/431-0233, tenement.org, $17, closed Mon. Gina Knorr, Glenside, Pa.

38 It's a shoe-in
New York is the only place where there's a department store, Saks Fifth Avenue, with a shoe floor that has express elevators and its own zip code (10022-SHOE). Information: 611 Fifth Ave., 212/753-4000, saksfifthavenue.com. Vincent Poole, Richmond, Va.

40 Spice of life
I always go to Sahadi's, a Middle Eastern food store in Cobble Hill. It embodies what I love most about New York: Local businesses are supported in a way that youwouldn't expect in such a large city. Information: 187 Atlantic Ave., Brooklyn, 718/624-4550, sahadis.com. Emily Day, Boston, Mass.

41 City slicker
In Central Park, there's a slide cut into the side of a red-granite hill. It's in the back of Billy Johnson Playground, north of the Children's Zoo. Dennis Moore, El Paso, Tex.

42 Bronx cheering
Nothing is more fun for a Red Sox fan than riding the Yankee Clipper, a boat full of Yankeefans on their way to a game.Information: 800/533-3779, nywaterway.com, $22 round trip. Jason Colbert, North Reading, Mass.

43 Start spreading the news
New York has become my fail-safe suggestion to anyone who asks where they should go on vacation—and even some who don't. Sue Tasa, Pleasant Hill, Calif.

47 What the Frick?
Art lovers will enjoy the paintings and sculptures at The Frick Collection, and others will appreciate the historic furnishings of what used to be a mansion. Information: 1 E. 70th St., 212/288-0700, frick.org, $15, closed Mon. Maria Surovy, Cleveland, Ohio

49 Low dive
At Rudy's Bar & Grill, the beer is cheap, the red-vinyl seats are held together with duct tape, and there's a gigantic pig by the front door. Information: 627 Ninth Ave., 212/974-9169. Kristin Templin, Auckland, New Zealand

50 The last word
New York is inconvenient. It makes you work a little harder. It forces you to interact—with taxi drivers, street musicians, people riding the subway, people talking oncell phones, people talking to themselves. With life. I love it. Unconditionally. Stephanie Najor, Detroit, Mich.