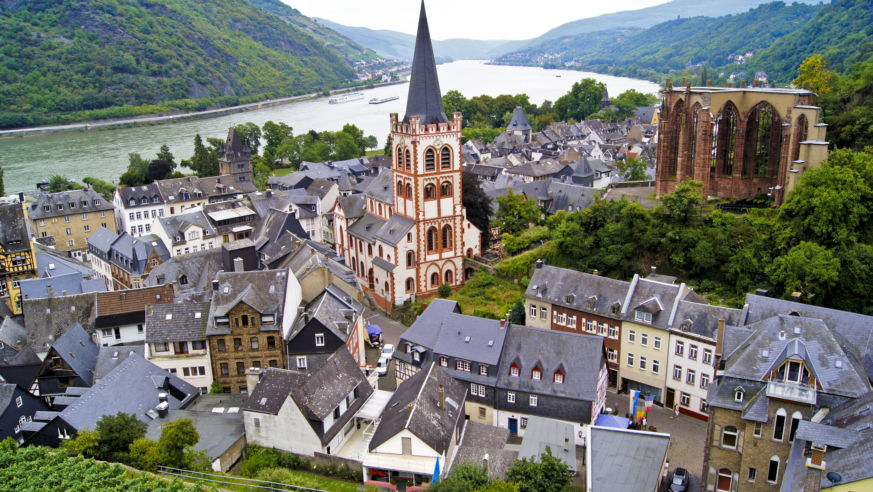 With bookings up over 200 percent in the past decade, river cruising has never been bigger, especially along the old-country routes of Europe. Here’s your guide to picking the right line—and river—for you.

Since setting sail in 2002, AMA has specialized in bringing the shore onto the boat, with nods to an area's culture in the decor and the menu. The AmaLotus, which hit the Mekong this September, pairs French colonial accents with local touches, like a "hot pot" restaurant. On European trips, meals include all-you-can-sip regional wines.
Number of Ships: 13
Euro Grand Tour: From $4,799/16 days
800/626-0126, amawaterways.com

Owned by touring giant Globus, Avalon is known for its innovative ship designs. This year, it introduced the Panorama, with floor-to-ceiling windows that slide to create open-air cabins. Two more of these "suite ships" will follow in 2012. You couldn't be closer to the towns passing by unless you were out walking on the cobblestones.
Number of Ships: 18
Euro Grand Tour: From $3,799/15 days
877/797-8791, avalonwaterways.com

While most river cruise lines attract an older demographic, Grand Circle Travel caters almost exclusively to the over-50 set. Ships range in size from the intimate 46-person Provence, designed to navigate France's smaller rivers, to the 164-passenger River Adagio, built for the Danube and the deep waters leading to the Black Sea.
Number of Ships: 14
Euro Grand Tour: From $2,095/15 days
800/959-0405, gct.com

No wonder Uniworld interiors feel like a boutique hotel: They're designed by sister company Red Carnation Hotels, with luxurious touches like L'Occitane en Provence toiletries. But it's not all about lounging around in fluffy robes (they provide those, too). Ships also come with free bikes and Nordic walking sticks for use during port calls.
Number of Ships: 11
Euro Grand Tour: From $4,849/15 days
800/733-7820, uniworld.com

Viking is not unlike that other Scandinavian giant: Ikea. With almost 30 percent of the river-cruising market share, this fleet is known for its sleek designs and relative bargains, like two-for-one deals. Next year will see the launch of six new Longships, which will feature larger rooms, alfresco dining, solar panels, and organic herb gardens.
Number of Ships: 24
Euro Grand Tour: From $3,362/15 days
800/785-7374, vikingrivercruises.com

10 Most Interesting Beaches in the World