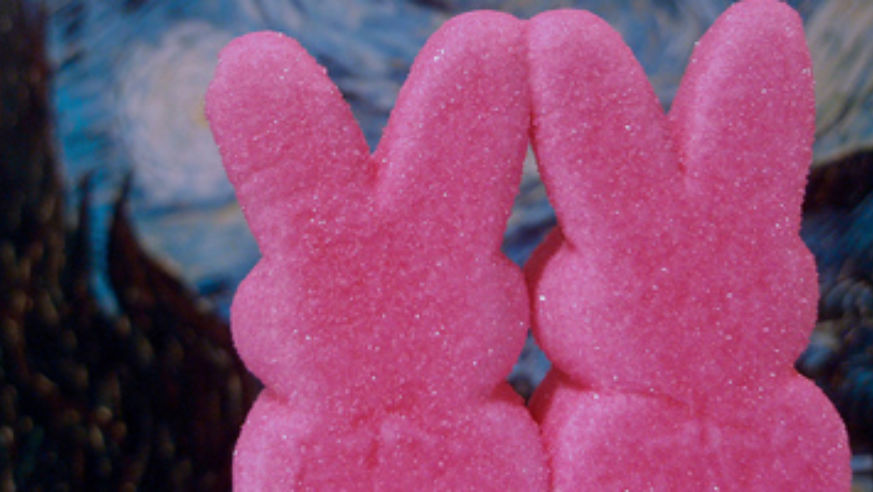 Traveling provides ample opportunities for indulging in culinary experimentation. But what if you just want a familiar snack from the homeland? Not so fast—you might be surprised by just how foreign some of our most common foodstuffs are to our friends overseas.

Some criticize the very concept of eating American chow abroad when there are so many ethnic cuisines to enjoy; others will ignore the naysayers and happily pour another bowl of Cheerios for breakfast. Regardless of what category you fall into, there's something interesting about knowing which of our foods are foreign to most other cultures.

Without further ado, here are 6 foods you'll be hard-pressed to find when you travel (and the specialty shops where you can track them down if you find yourself nursing a case of the munchies).

What’s your stance? Do you assimilate local flavors, stick with what you know and love, or enjoy the best of both worlds? Vote in our poll or leave your comments below.

American Candy From Swiss chocolate to raw sugarcane, local sweets have a place in every society. Americans have a dizzying array of domestic candies to choose from, but in other countries their appeal—and thus shelf space—doesn’t necessarily measure up. But if you happen to be in Prague, The Candy Store has you covered, thanks to an extensive collection of sugary U.S. treats from Nerds to Marshmallow Fluff. American holidays aren’t neglected, either: if you can’t find a decent pumpkin pie in time for Thanksgiving, The Candy Store will mix one up on-site using another staple of American pantries, Libby’s Canned Pumpkin.

Brownie and Cake Mix Good luck finding a brownie mix (or a pancake or cake mix) outside of the U.S. In London, the American Food Store fulfills a niche market of American cravings. Inspired by holidays in the States, the proprietors of this store aim to offer reasonably–priced and legitimate American products—not the adulterated cereals and sodas they claim are sold under the same brand names in the United Kingdom. However, perhaps the store’s greatest boon to traveling Americans is its store of dry goods: aside from prepared foods, the American Food Store sells baking necessities like Gold Medal flour, Clabber Girl baking powder and, of course, mixes from Duncan Hines and the First Lady of American cooking, Betty Crocker.

Gumbo and Jambalaya The culinary ways of Americans (hot dogs, takeout Chinese) may be a mystery to Parisians, but at least Judith Bluysen understands. Since 1990 this transplant from New York has been selling American groceries at her store, Thanksgiving, in one of the gastronomical capitals of the world. Although her store stocks American products of many stripes, Thanksgiving specializes in Cajun food—fittingly so, as Louisiana culinary traditions owe much to the French. Bluysen’s on–site Cajun restaurant has been shuttered for years, but her Paris grocery still hosts Zatarain’s gumbo and jambalaya mixes, Tabasco sauce, Cajun sausages and filé powder for that authentic New Orleans taste.

Turkey With Thanksgiving approaching, the thoughts of all Americans—even those abroad—turn to turkey. Tokyo is a paradise for food aficionados in many ways, but some stores and restaurants that claim to offer American food don’t necessarily live up to the promise. (Even the Denny’s outlets differ from their beloved American model.) Some items, like the aforementioned bird, are simply hard to find in their unaltered state. Nissin World Delicatessen delivers the real deal and more. The supermarket stocks its shelves with items from many western countries—German pickles, French cheese and even Italian bottled water—but its greatest contribution to the western crowd may be the store’s “Meat Rush” section, which sells meats from the United States, New Zealand and Australia, including “hard–to–find” cuts of turkey and lamb. And if you don’t mind mixing your cuisines, feel free to slap some southwest flavor onto your Thanksgiving fowl with some Nissin-supplied American barbecue sauce.

American Beer Remember the Chinese toast “gan bei” (“dry the glass”)—it may come in handy at Jenny’s. A store with the humblest of origins, Jenny’s began as a fruit and vegetable stall in 1988 and has become a multi–outlet chain scattered throughout China’s capital. While Jenny’s still prides itself on its fresh produce—and even offers a rent–a–plot program at its new organic farm—its list of international groceries is extensive. Visitors jonesing for a familiar tipple are particularly in luck: Jenny’s offers bottled and canned beers from over fifteen countries, including American brews like Samuel Adams and Longboard Lager.

Cheddar cheese It may not have originated in the United States, but Americans adore this British import—some even enjoy it alongside apple pie, the most quintessentially American food of them all. The rest of the world loves its cheeses as well, however, and poor cheddar can get lost in the mix. Cheeseheads in Buenos Aires can head for a branch of the aptly named Al Queso, Queso, which offers a menu of international sandwiches and wines along with its wide variety of cheeses.

Two for the Road: Our Love Affair with American Food

Dining Destinations to Watch in 2011