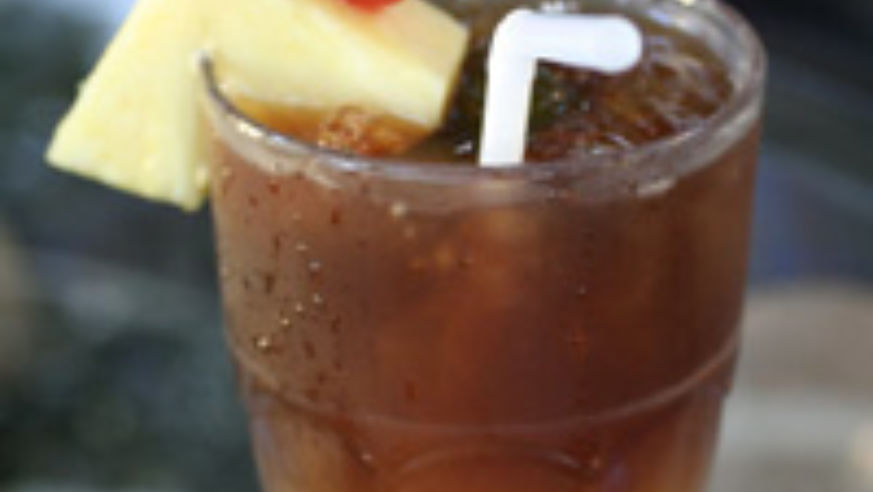 Some folks plan whole trips around a restaurant (or ten), a signature dish, or an edible obsession. (I once vowed to eat gelato three times a day during an 11–day trip through Italy with a girlfriend—and we both held up our end of the bargain.) But simply eating something doesn’t always deliver context—which is what makes the food part of travel so fascinating, and why we devote a whole issue of our magazine to the topic each year (find our May/June Food Issue on newsstands now!). So here, we present seven museums across the country that have built entire exhibitions around a type of cuisine, a way of eating, or even a single ingredient. (Some even let you try the goods, too.) No, it’s not the same as eating your way through the best little pastry shops in Paris—but you just might learn something.

The American Museum of Natural History in New York is staging a monthly series called “Adventures in the Global Kitchen,” featuring themed lectures and tastings on a different topic each month. The next one, on May 3, covers the cultural history of tequila and chilies ($30); Juan Carlos Aguirre from Mano a Mano: Mexican Culture Without Borders and Courtenay Greenleaf of Richard Sandoval Restaurants are running the presentation, which includes samples of both of the substances in question (score!). The theme for June: Tiki drinks!

Opening May 25 and running through September 2, 2012, “Beer Here: Brewing New York's History” at the New York Historical Society tells the story of both the production and consumption of beer in New York from colonial times through Prohibition and on to the present day. (Fun fact: In the mid–1800s, New York state was the top producer of hops in the whole country!) Visitors will learn about the nutritional content of colonial–era beer, the chain of technological advances in brewing, and the old–time advertisements and slogans used by past New York brewers. The best part: At the end of the exhibition, there’s a pop–up beer hall, where, on Saturdays throughout the summer, half–hour beer tasting events ($35) will be held at 2pm and 4pm, led by brewers and brewery owners from in–state labels like Kelso Beer Co., Keegan Ales, Ithaca Beer Company, and Greenport Harbor Brewing Co.

Through June 10, the Burke Museum of Natural History and Culture at the University of Washington in Seattle has “Hungry Planet: What the World Eats,” a fascinating (and slightly voyeuristic) presentation of the eating habits of families in 10 countries. The photo–driven exhibit was culled from Peter Menzel and Faith D'Aluisio’s even wider–reaching project from a few years back, in which they photographed 600 meals eaten by 30 families in 24 countries—including a snapshot of each household with a week’s worth of groceries laid out next to them. The disparities from one group to the next are nothing less than shocking—and will likely make you reconsider what you put in the cart on your next visit to the supermarket.

In Washington, D.C., the Smithsonian’s National Museum of American History and the Smithsonian Institution Traveling Exhibition Service collaborated on “Sweet and Sour,” an examination of the history of Chinese food in the United States. The exhibit’s cache of photographs, vintage signs, cooking and eating utensils, and memorabilia will be on view in Washington through the end of 2012, before it moves on to its next location (which is still to be determined). One surprise addition to the trove: The Virginia Mericle Menu Collection, a shipment of more than 4,500 Chinese–restaurant menus amassed over the course of Mericle’s lifetime, was donated to the museum by her daughter, Virginia Henderson, after Mericle’s death in 2009.

Another ode to the culinary contributions of immigrant groups is on display through August 3 in Birmingham, Alabama’s Vulcan Park and Museum: “Beyond Barbecue and Baklava: The Impact of Greek Immigrants on Birmingham’s Culture and Cuisine.” Its centerpiece is the 1946 neon sign from the city’s iconic Pete’s Famous Hot Dogs—now a popular photo op for visitors to the museum—which is supplemented with photos and mementos from 100 years of Greek restaurants citywide.

At first glance, a new exhibit at New Haven, Connecticut’s Yale Peabody Museum of Natural History, might make you lose your appetite. “Big Food: Health, Culture, and the Evolution of Eating” (through December 2, 2012) takes a hard look at the American diet as it stands today—as well as the societal and economic factors that have shaped it over time. It’s part of a months–long program that incorporates tough–love teaching tools, documentary screenings, and weighty lectures—on the politics of the “sugar pandemic”; on which cultures have the healthiest diets; on the sinister secrets of food advertising. But the program’s organizers balance out the bad news with fun, like a tasting night with local chefs on May 10, and a healthy–food–focused Fiesta Latina in October. (The schedule is still being updated, so check Peabody.yale.edu for more events.)

If that’s too much reality for you, then just mark your calendars for December 9, 2012, when the Museum of International Folk Art in Santa Fe cuts the ribbon on its exhibit “New World Cuisine: The Histories of Chocolate, Maté y Mas,” which looks at the earliest imports and exports of foods to and from the Americas, and the roles played by specific products (in particular, drinks made from chocolate and maté) that Europeans went crazy for. How do you say “chocoholic” in French?