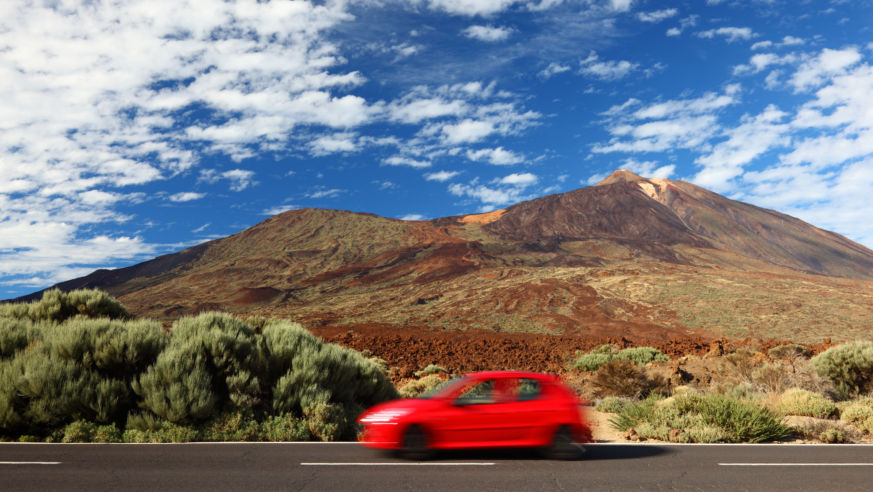 Did you know that for every 5 mph you drive over 50 mph, you're paying an extra 26¢ per gallon for gas? It's easier than you think to avoid common mishaps like this—and save money at the pump.

With the national average price of gas nearing $4 a gallon, drivers are feeling the sting, but there's no need to cancel your vacation. We sifted through mounds of data from the government, automotive consumer advocates, and car rental agencies to find out how to squeeze every last penny out of what you put in your tank. Here is what you need to know before your next summer driving adventure.

The Mistake: Driving Too Fast

Why it matters: While each car reaches its optimal fuel economy at different speeds, gas mileage typically decreases rapidly at speeds above 50 mph. For every 5 mph you drive over 50 mph, you're paying an extra 26¢ per gallon for gas, according to fueleconomy.gov, the official U.S. government source for information on energy efficiency. Plus gas is consumed faster when accelerating hard.

What to do: Try not to drive faster than the speed limit when on the highway. When around town or in traffic, avoid jackrabbit starts; accelerating gently can improve your gas mileage by up to 5 percent in town and 33 percent on the highway, according to fueleconomy.gov. If using a manual car, use overdrive gears whenever possible to reduce engine speed (and gas use). It's really about how smoothly you drive, so use cruise control whenever possible to maintain a steady speed.

The Mistake: The Air Conditioner Is Used Improperly

Why it matters: Should the air conditioner be on or off? Many experts say it depends on your speed. When driving at slower speeds—say, around town—turn off the air conditioner and roll down the windows because the engine has to work harder to pump out cool air. According to Ford Motor Company's Driving Skills for Life program, at speeds above 50 mph close the windows and use the air-conditioning—at highway speeds, open windows increase the aerodynamic drag and the engine actually works harder than if it were using the A/C. However, when the Discovery Channel's Emmy-nominated TV series MythBusters tested this theory, they concluded the air conditioner should be avoided no matter the speed. Consumerreports.org came to a similar conclusion when it tested a Honda Accord—the effect of opening the windows at 65 mph was not measurable, whereas using the air conditioner did reduce gas mileage by over 3 mpg.

What to do: When driving around town or at slower speeds, abstain from using the air conditioner. When on the highway, we recommend avoiding the A/C. If you need cool air, use the vent setting instead. It also helps to park the car in the shade to keep it cool and reduce the need for air-conditioning. If you must use the A/C, first open the windows to remove the hot air before turning it on—by doing so you will reduce fuel consumption, according to the Green Driving Tips on avis.com.

The Mistake: Too Much Luggage on (And in) the Car

Why it matters: A loaded roof rack can increase wind resistance, diminish the aerodynamics of the car, and decrease fuel economy by 2 percent. Similarly, extra luggage in the trunk weighs down the car and requires more work (and more gas) from the engine—an extra 100 lbs in the trunk reduces a typical car's fuel economy by 1 to 2 percent or about 4¢ to 8¢ a gallon, according to fueleconomy.gov.

What to do: Remove and store the luggage racks, bike racks, ski racks, and kayak holders until you absolutely need them, or try to put some of those items in the trunk instead. And, of course, pack less! (It is possible, with the right techniques, to fit everything you need for two people traveling for a weekend into one carry-on.)

The Mistake:It's Been a While Since the Car Had Some TLC

Why it matters: Engine and car maintenance is important for the vehicle's fuel efficiency. Low tire levels, low fluid levels, a broken thermostat, and sticky brake calipers can all contribute to a reduction in gas mileage. Soft tires, for example, produce greater friction between the road and the rubber, causing the engine to work harder to propel you forward. For every 1 psi drop in pressure, gas mileage decreases by .3 percent, according to fueleconomy.gov. The Toyota Camry, according to Consumer Reports, experienced a 1.3 mpg loss in highway fuel economy when its tires were underinflated by 10 psi.

What to do: Maintain proper car maintenance. Replacing the oxygen sensor, for example, can be crucial. The sensor monitors the amount of oxygen in the exhaust and tells the car to adjust its air/fuel mixture based on its reading. If it's acting improperly, the car will run poorly and waste gas (fixing a faulty oxygen sensor can improve your mileage by as much as 40 percent, according to fueleconomy.gov). Also, different motor oils have different grades of thickness, so use the recommended grade of motor oil, which can improve your gas mileage by 1 to 2 percent. It takes more energy to push through thick oil than it does through thinner oil, according to Car Talk's Guide to Better Fuel Economy, so it's important to use the right grade. The Federal Trade Commission suggests finding motor oil that says "Energy Conserving" on the performance symbol to help improve gas mileage. For minimum tire-inflation pressure, check the driver's side doorpost sticker or the owner's manual. Do not use the maximum pressure printed on the tire's sidewall—that is the maximum allowable pressure, not the recommended pressure. When the weather gets colder, this is even more crucial: For every drop of 10° Fahrenheit in air temperature, tires will lose one pound of pressure, according to Tom and Ray Magliozzi, the cohosts of NPR's Car Talk. Similarly, replacing a worn tire when necessary could save you more than $100 a year in fuel, according to consumerreports.org.

The Mistake: Warming Up the Car Too Long

Why it matters: Burning gas and going nowhere? Not fuel efficient. For every two minutes a car is idling, it uses the same amount of fuel as a mile's drive, according to the California Energy Commission. When Consumer Reports left a Buick Lucerne idle for 10 minutes while warming up, it burned about an eighth of a gallon of gas.

What to do: Don't idle for more than 30 seconds, even in cold weather. According to the California Energy Commission, the best way to warm up a car is to drive it gently.

The Mistake: Not Taking the Time to Plot a Route That Avoids Traffic

Why it matters: Sitting in traffic is the same as idling—not fuel efficient. The shortest route is not necessarily the best one for the wallet if you're in bumper-to-bumper traffic.

What to do: On most smartphones, Google Maps gives consumers up-to-date traffic patters and information to help plan the most efficient route. Certain GPS units, like the Garmin nüvi 3750, also study traffic trends and can help improve your route. Using E-ZPass, FastLane, FasTrak, SunPass, or any other electronic toll-booth collection program can also reduce starts and stops, and help improve gas mileage.

The Mistake: Too Many Stops on the Road Trip

Why it matters: Several short trips taken from a cold start can use twice as much fuel as one trip covering the same distance when the engine is warm, according to the Federal Trade Commission.

What to do: Because warmed-up engines operate more efficiently (and, in turn, offer better gas mileage), according to edmunds.com, try to avoid an excessive number of stops on the next road trip and limit the bathroom breaks if you can.