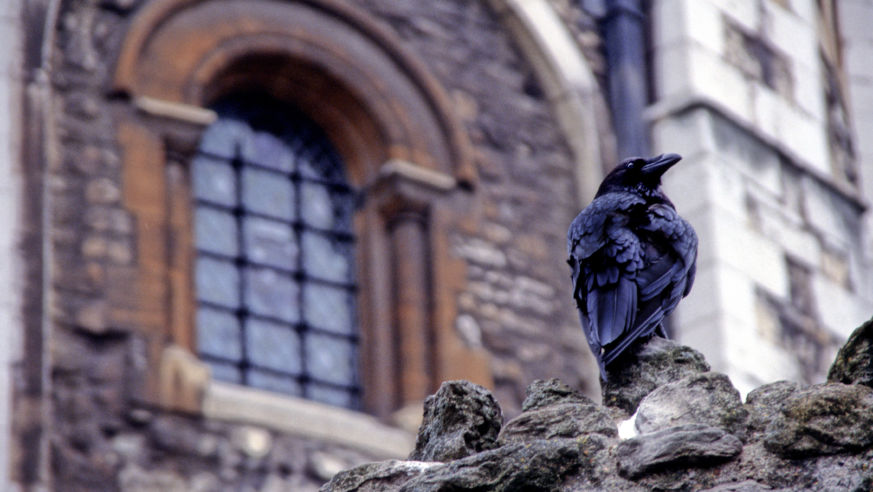 The Tower of London is allegedly home to hordes of ghosts, including the little princes Edward and Richard, said to have been smothered on the orders of their uncle, Richard III.

It's almost Halloween, and while we don't celebrate the 31st of October with quite as much gusto as the USA, we've more than our fair share of ghosts and ghouls. Indeed, many historical sites in the U.K. claim to be some of the most haunted in the world; whether they're hotels, public houses or harbours, they attract hundreds of tourists looking for hair-raising holidays. If you're planning a break in the U.K. anytime soon, you'll find dozens of phantasmal sites; but before you start considering where to stay and what to do, why not spook yourself senseless with seven of our most nerve-tingling sites?

Princes in the Tower of London. Situated in the English capital, the Tower of London is—undisputedly—one of the U.K.'s most haunted historical sites; anywhere that's been home to hundreds of prisoners awaiting the death sentence has got to be pretty ghastly! Two of the most famed of the tower's prisoners are undoubtedly the little princes: Edward V and Richard, Duke of York. Imprisoned when they were just twelve and nine-years-old respectively, they were supposedly smothered on the orders of their uncle Richard III. While not proven, two small skeletons were unearthed here in 1674, and later buried at Westminster Abbey.

Spectral Children at Llancaiach Fawr Manor. Located in Caerphilly, Wales, Llancaiach Fawr Manor is set in a spectacular, but spooky, spot. Numerous members of staff have detailed uncanny events (smelling roast beef is one of the stranger experiences!), and visitors continue to experience odd happenings. One of the most haunted sites in Britain, the manor is said to be home to several spectres: the most tragic is a little boy who fell to his death from the upper floor, and today tugs on sleeves to get attention.

Headless Horses at Pluckley. Pluckley is a pretty village situated in the heart of picturesque Kent; and a famously haunted hotspot, said to house some 12 separate ghosts (according to the Guinness Book of World Records!). From an old woman selling watercress to a schoolmaster once found hanging, there's a seemingly different ghost for every street. The best known apparition is probably the spectral coach, said to be led by galloping, headless horses. Halloween here marks a spooky celebration like no other.

Lord Soulis at Hermitage Castle. If you're taking a trip to bonny Scotland on your vacation, consider visiting Hermitage Castle in Roxburghshire. It's not only said to be the most perfect example of a Borders medieval castle, but also home to several spectres, too. Once in the possession of William de Soulis—a warlock thought to have abducted children for black magic rites—the ancient castle's halls are said to be stalked by his unfortunate victims, with unexplained sounds just one of the reported oddities.

Florrie at the Red Lion. Fancy something a little more fun in way of ghouls? Then head to Avebury, England, where you'll encounter the Red Lion's feisty resident Florrie. Thought to have lived during the inn's 17th century heyday as a farmhouse, Florrie's tale is more tragic than her movements: said to have been murdered by her husband in a fit of rage, today she makes chandeliers spin and favours bearded men. Afterwards, why not take in Wiltshire's spectacular Stonehenge, nearby?

Pendle Witches at Newchurch-in-Pendle. Nestled in the lovely landscapes of Lancashire, you'll find the hamlet of Newchurch-in-Pendle. Peer behind its pretty facade, however, and you'll find that in 1612, this was home to the largest legal witch hunt in England's history. Claims from a nobleman that he was attacked by witches on Pendle Hill resulted in the trials, convictions and deaths of ten people, now said to haunt the hillside. Today, Halloween sees dozens of people climb its slopes in the dead of night.

Wounded Jacobites at Culloden Moor. Culloden Moor is famed as the setting of the last battle to have ever taken place on British soil; but the bloody events of 1746 left more than just words in the history books. Today, the boggy ground around Invernesshire, Scotland, is said to be home to the remnants of Bonnie Prince Charlie's army; namely, the ghosts of wounded Jacobites who fought for the Stuart family's right to the throne, but were slaughtered in their thousands that day. Even birds are said to avoid the area!