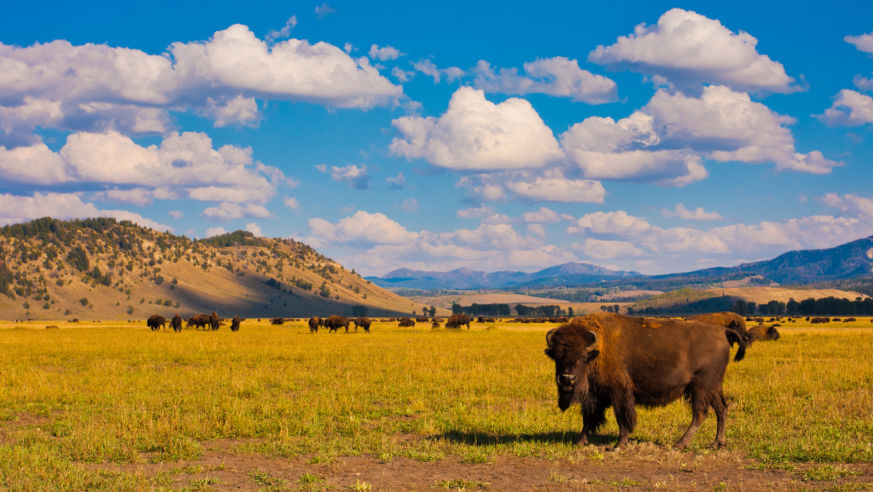 Glimpsing—but not touching—bison with the family on a tour of Yellowstone? Priceless.

Proposed new entrance fees at the most popular parks could put "America's best idea" out of reach for working families.

When I took my family to Yellowstone National Park last year, it cost $30 for our car to enter the park. Next summer, that price could rise to $70 if a National Park Service proposal to more than double entrance fees at the 17 most popular parks is adopted.

My family, among the 331 million people who visited the national parks in 2016, was fortunate enough to be able to afford the $30 entry fee, and, yes, we could afford the proposed $70 fee, which the NPS says will help pay for badly needed infrastructure improvements on roads, bridges, and campgrounds. But the truth is, many American families could have their plans for an affordable summer vacation disrupted by a $70 entrance fee for cars, or the $50 proposed entrance fee for motorcycles, and a new $30 entrance fee for those entering on foot or on a bicycle. And it's clear that the real reason the NPS is even considering those rate hikes is because the Department of the Interior is considering huge cuts to the parks’ budgets.

WE DO NOT SUPPORT THIS PRICE INCREASE

We here at Budget Travel echo the concern voiced by the National Parks Conservation Association’s president and CEO, Theresa Pierno: “The solution to our parks’ repair needs cannot and should not be largely shouldered by its visitors.” The NPS estimates that the increased fees, which would take effect for the five peak travel months of 2018, could boost NPS revenue by up to $70 million annually; but the National Parks Conservation Association, which is a nonpartisan advocacy group, estimates that the required infrastructure repairs will require billions in investment.

What can you do? Visit the National Park Service’s page devoted to this proposal and public comment - you can read the proposal in as much detail as you like and politely and succinctly share your opinion with the folks who will ultimately make this decision.

We also welcome your comments below.