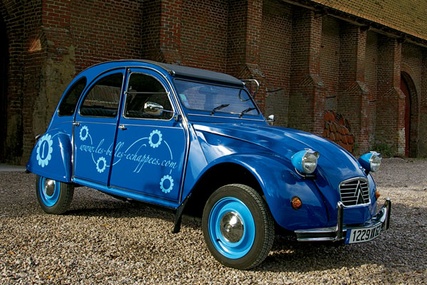 The classic Citroën 2CV—designed in part to transport up to two farmers and 100 pounds of potatoes—is the engine powering a new self-guided driving tour of northern France. Organized by Les Belles Échappées, the trip includes use of your own 2CV, a map marked with bistros, one night at La Sapinière hotel, breakfast, and a dinner (expect foie gras appetizers and lamb chop entrées). You're on your own for lunch, and the car is perfect for picnicking: The backseat can be removed and placed on the grass. les-belles-echappees.com, from $199 per person.

—Katie Bowman, from the September 2009 issue of Budget Travel

Worth reading: A foodie rebirth for San Fran's Ferry Building

A few of our favorite links from around the 'Net this week: A busy Saturday at the San Francisco Ferry Building, now a foodie haven. [L.A. Times] Are travel agents making a comeback? [CNN.com] Israeli road signs: an ideological debate. [World Hum] U.S. air travel is down almost 10 percent in the first half of 2009. [Jaunted] Don't let Ryanair's "visa check" prevent you from flying. [Upgrade: Travel Better] Crying babies welcome at the Whitney Museum&mdash;they even get their own tour. [NewYorkology] Possibly the best hotel bathtub, ever, in Truth or Consequences, New Mexico (a Coolest Small Town!). [HotelChatter] For more travel blogs, go to Alltop. 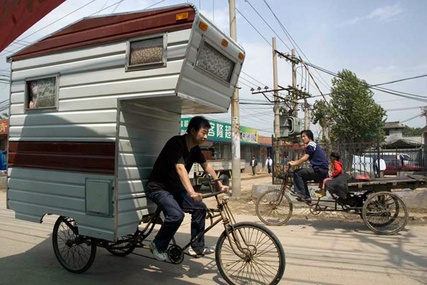 As much as I love the idea of RVing, I've always been afraid of the fuel costs that would be involved on a cross-country (or, heck, cross-town) trip in one. Yes, some enterprising souls out there are retrofitting RVs to run on restaurant grease, and some other folks are even working on developing hybrid versions of new RVs, but this contraption, designed by Brooklyn-based artist Kevin Cyr, has them all beat. It began as a two-dimensional work of art&mdash;the bulk of Cyr's works depict (or use as canvases) run-down buses, ice cream trucks, and hoopties of all sorts&mdash;but this one actually came to life, so to speak, in 2008, when Cyr constructed a prototype version of a functional bike-drawn camper in Beijing. I'm not kidding myself that I'd actually have the gluteal power to haul one of these things down the street&mdash;and in fact, the artist hasn't taken the bike beyond Beijing's outskirts himself&mdash;but wouldn't it be cool if you could carry your lodging around with you like a snail or a hermit crab (and get a mean workout in the process)? If you're into it too, you can check out more of Cyr's work online or at the Alden Gallery in Provincetown, Massachusetts; a new show opens August 21. [via Meanred productions] 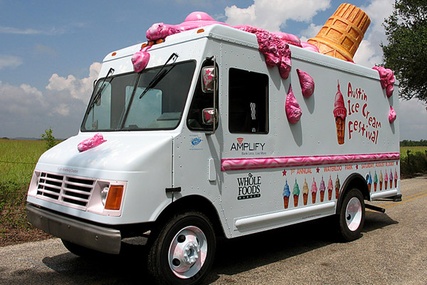 This weekend: Show your ice cream love in Austin, Texas

Some of our favorite links from around the 'net this week: Many dams are coming down, uncorking rivers for kayakers to explore. [The New York Times] A San Diego luxury hotel discounts rooms to $19 a night&mdash;but you have to sleep in a tent. [CNN] Keats House, residence of poet John Keats, re-opens in Hampstead, England, after a two-year renovation. [Wall Street Journal] Gear alert: Incase's new digital camera bags. [Cool Hunting] Adventures in places with unfortunate names. [World Hum] The U.S. House Transportation Committee questions airline fees. [Cheapflights.com] For more travel blogs, go to Alltop.