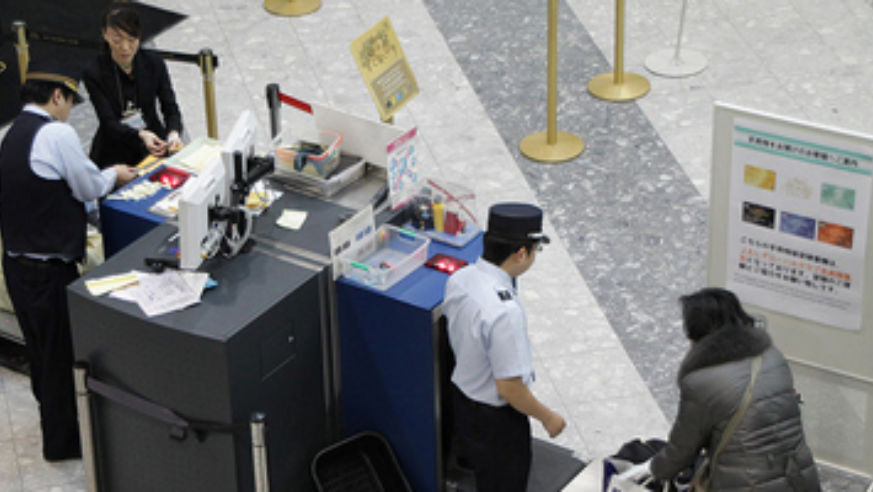 What if airport check–in were as simple as arriving at your terminal, placing your baggage on a conveyor belt, and strolling through security without saying a word or having anyone lay a hand on you? These days, that scenario sounds like a fantasy, no? But it may become reality thanks to a technology that bears a striking resemblance to science fiction: iris–scanning technology.

Sci–fi fans will remember that in the film Blade Runner, eye scanners help to tell the difference between humans and ultra–realistic androids known as replicants. Real–life face and eye scanners can actually do better than that—they can actually confirm that you are who you say you are. Like fingerprints, each person’s irises present a unique appearance that can serve as an accurate means of identification.

AOptix, a Campbell, Calif.–based company profiled in the August 27 issue of Bloomberg Businessweek, has developed iris–scanning technology that can identify a person from about eight feet away in about two seconds—that’s a greater distance and a faster speed than previous eye–scanning technologies, potentially opening the door for its use in identifying and approving air passengers. In Qatar, the scanners, which cost about $40,000 each, are already in use to monitor comings and goings at all sea, land, and air points of entry, comparing scans with an existing database.

Of course, this kind of technology, known as biometric scanning, raises questions about privacy and concerns about the possibility of identify theft. For the technology to be implemented at airports, passengers would have to agree to have their irises entered into a database—it takes about eight seconds for the initial scan.

Is iris—scanning a traveler’s dream come true, or a dystopian nightmare? Tell us what you think: Would you be willing to have your irises entered into a security database in order to save time at check–in?