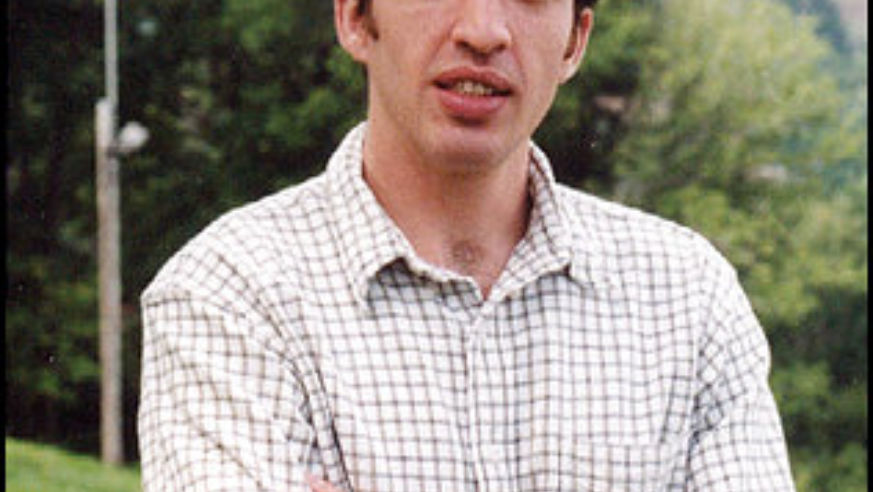 One of the most popular pages of Budget Travel is our masthead. People are always saying how much they enjoy our answers to a particular question.

Two years ago, when we revamped our masthead, we figured the questions were a way to add a bit of fun to a page that readers don't generally find interesting. That people like it as much as they do still surprises me, as it's not as if you actually know us, and there's never room to explain our answers.

If you'd been paying particularly close attention over the past year and a half, you'd have learned the following about Associate Art Director Michael Liddy:

In December, Michael died in his sleep, at the age of 34. What the masthead never told you was that he was not only a terrific designer--he touched every page of the magazine, solved problems that no one else could, and had an impeccable eye for color--but a very talented illustrator. (We've reproduced one of his paintings on the last page of this issue.) Art wasn't just a job: He also spent much of his free time at galleries and museums. MikeL--as he signed his e-mails--was such a sweet, gentle guy. I don't think I've known anyone so extraordinarily patient.

Mike's unfathomable passing has been hard on us, and while I'm wary of speaking for everyone here, I think it has probably reminded many of us never to take anyone for granted. We know to value our families and our friends, but perhaps we're all a little guilty of not being as grateful as we should for the folks with whom we spend most of our waking hours. Because whether or not you enjoy your job probably has more to do with your coworkers than the work itself.

The goal of this magazine is to celebrate places, but the most memorable part of travel isn't really the places, is it? It's the people--your traveling companions, and the people you meet along the way. The photographs of those people are the photographs that you end up cherishing. Life is no different.

At Budget Travel, we're fortunate to spend our days among wonderful people, and we're unfortunate to have lost one. Here's to you, MikeL. We loved you, and we miss you.