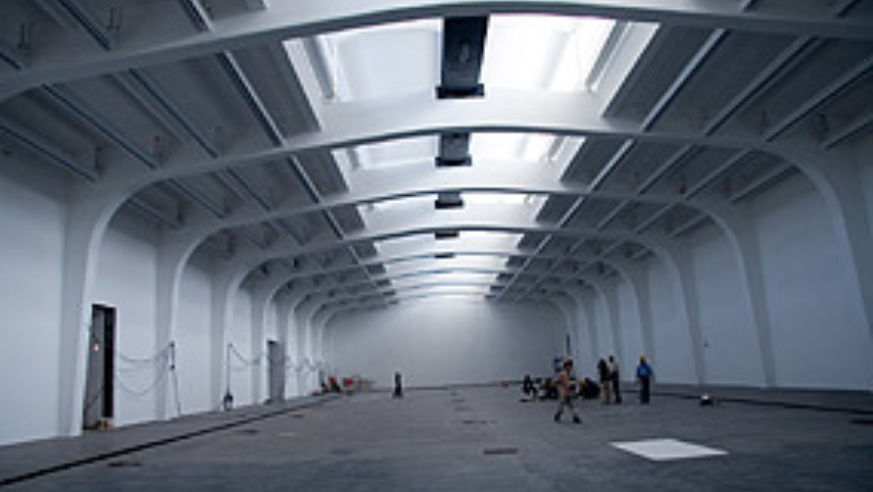 We just can't blog fast enough to keep up with the breakneck pace of Beijing's development, which extends well beyond its Olympics-related construction. Earlier this week, the city welcomed the Ullens Center for Contemporary Art (UCCA).

One of China's few non-profit, privately funded arts organizations, the UCCA will host lectures and screenings of experimental films—in addition to contemporary shows, such as an inaugural one on the Chinese 1985 New Wave movement.

The UCCA's spare galleries, exposed support beams, and 31-foot-high ceilings recall the Bauhaus-style building's original function as an electronics factory. It's a natural fit for the 798 art district in Beijing's northeastern Dashanzi neighborhood, which got its start in the 1990s, when massive factories were converted into galleries, boutiques, and cafés.

Photo of an exhibition hall, courtesy of the UCCA.

EARLIER: The Great Wheel of China and Complete Coverage of the Beijing 2008 Olympics.