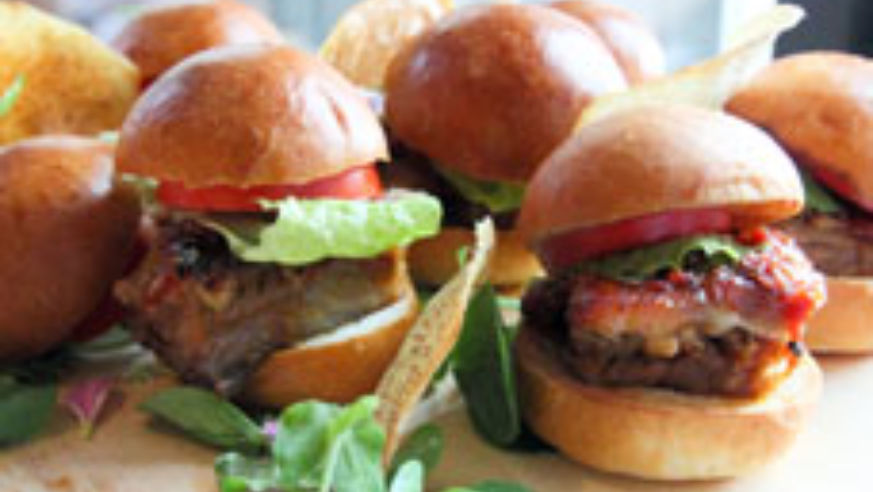 Toronto's new breed of chef is sticking close to home, calling on centuries of Canadian culinary tradition. Take a cross-country trip—from the seafood shacks of Nova Scotia to the prairies of Alberta—without ever leaving the table.

Those Cajuns didn't always live in the bayou. French-speaking settlers (Acadians) actually lived on the rocky shores of maritime Canada before they were expelled in 1755 by the British. Chef Matt Blondin invites them back above the border: His dishes dress North Atlantic seafood (like Yarmouth albacore or Northmberland Strait scallops) in the soulful flavors of the South (pickled watermelon rinds, chicken cracklings, and blackening spices). 50c Clinton St., acadiarestaurant.com, albacore $23

Named for a Scottish flat-bread that was adopted by indigenous people and settlers during 18th century fur trading days, Bannock opened last year in the flagship store of The Bay, retail brand of the Hudson's Bay Co. With a menu of comfort classics, the spot almost requires Canadian citizenship to catch all its nostalgic references. St.-Canut pulled pork tourtiere (meat pie), for instance, comes with a packet of Heinz ketchup, just like you'd find it in Quebec. 401 Bay St., oliverbonacini.com/bannock.aspx , tourtiere $16

This "progressive Canadian" bistro takes its name from one of the nation's two heritage hen breeds. The bird shows up in Chef Jonathan Poon's signature consumme: More ph-like gem than sick-day snack, it's served with smoked breast and, appropriately, hen-of-the-woods mushrooms. Like the the multicultural city itself, the menu draws freely on Italian and Asian flavors. Gnocchi, for example, is topped with cod roe and red seaweed, harvested in New Brunswick. 1320 Queen St. W., restaurantchantecler.ca, gnocchi $13.

10 Places You Would Rather Be on a Wednesday

15 Things You Didn't Know About Oktoberfest