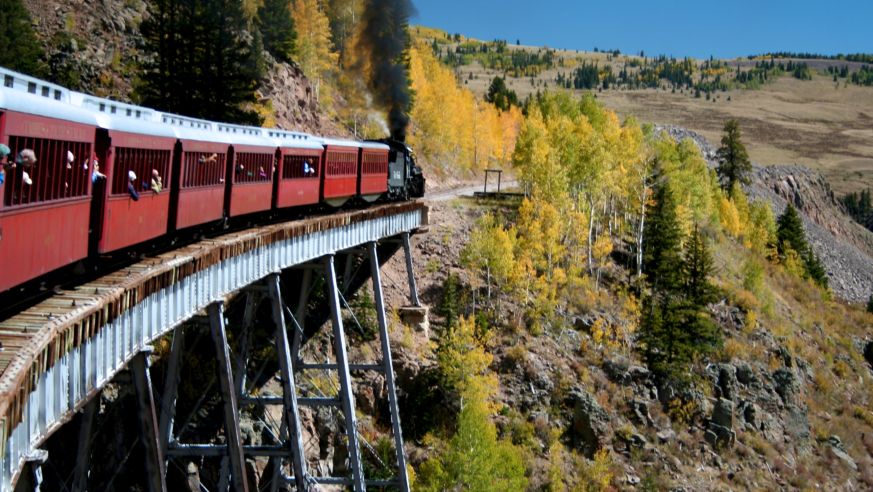 In the past decade, a wealth of new bus lines such as Megabus, Vamoose, and Bolt Bus have made it easier and cheaper to travel by ground (here are six of our favorite budget bus companies).  Bus travel has increased accordingly (you may remember the DePaul University study Sean O'Neill quoted last year showing that bus travel had risen by 13% in 2011).

Train travel is looking good too. President Obama has a vision to increase the speed on our railways-a goal that we took a baby step toward last month when the Amtrak line between Chicago and St. Louis reached 111mph, 30 mph faster than our nation's fastest train (yes, we still have a ways to go before we catch up to those European trains that blast through the continent at 150mph).

All of this bodes well for ground transportation in the coming years. And now, a new website is poised to make it easier to search these options and identify the most efficient and affordable combination. The site is called Wanderu and they are calling themselves the "kayak of ground travel." It's not the first website to try to combine ground travel options (there is also BusJunction.com, which is a bus ticket search engine that makes it easy to search schedules and fares from bus carriers across the country), but it is the first metasearch site that I have seen that takes train schedules into consideration.

It's about time. We have more options for ground travel than we ever had before, but we still have the problem of identifying the best possible combination to get from point A to point B.

The downside, unfortunately, is that the Boston-based start-up is still in private beta and there is no word on when they will officially launch.

I have my fingers crossed that Wanderu will succeed as it's a service that an avid ground traveler like myself could benefit from. If not Wanderu, however, I'm sure another company will step in to try their hand at coordinating ground transport. In the meantime, the very existence of sites like Wanderu and BusJunction suggest that we're getting closer to an era when ground transportation will be easier for Americans.

I certainly look forward to that day and am thrilled to think that it may be close at hand.