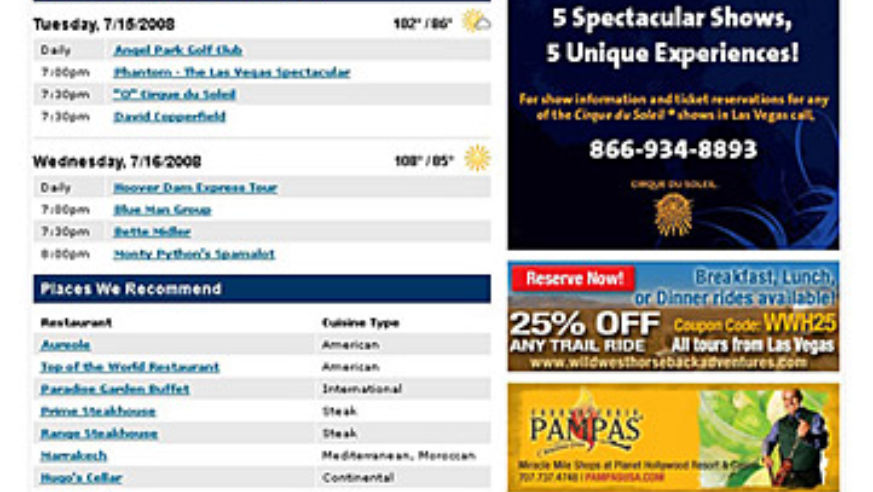 There's been somecommotion in the blogosphere about airlines selling advertising space on the boarding passes that passengers print at home.

You may not mind seeing ads on your boarding pass, such as one with a coupon for a restaurant at your destination. But should you worry that your privacy is being invaded?

Are the airlines sharing demographic information (such as your gender, city of residence, and past flight history) to generate the ads? We called Sojern, the company that's selling the ad space, Delta the first airline to unveil the ads, and five other airlines who have contracts with Sojem, including American, Continental, Northwest, United, and US Airways. All confirmed that they do not share passengers' personal information.

"We are not getting any information from the airline other than where they're going and when they're going to be there," said Sojern spokeswoman Susan Booth.

Eventually, Sojern plans to offer an "opt-in" service, allowing travelers to customize their boarding passes based on the interests that they voluntarily provide, said Booth. For example, if you love Chinese food, you may someday be able to let Sojern know, and then it will offer you boarding passes that print out restaurant coupons relevant to your trip destination.

But for those who aren't interested in the ads, or who want to save their color ink for printing vacation photos, all boarding passes have the option to "print without offers," said Booth.

Would you print a boarding pass with ads? Send us your comments.