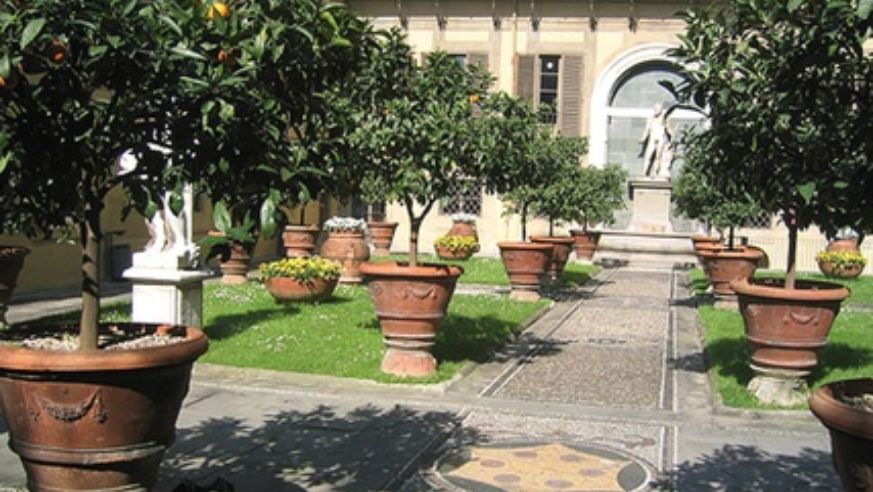 Courtesy Kate Appleton
The inner courtyard of the Palazzo Medici

In Florence’s crowded historic center, it can feel like there are as many Americans as locals—and tourism board and province officials want it to stay that way. They were in New York recently to introduce the Fiorino Effect, a series of wide-ranging discounts they hope will keep Americans visiting despite the weak dollar.

The promotion kicks off May 15—timed to the start of Il Genio Fiorentino, a 10-day festival—and runs through December 31. It provides a 10 percent discount at participating hotels and restaurants in Florence and neighboring small towns like Reggello and Barberino Val D’Elsa.

Among the more affordable options, Giovanni da Verrazano, a 10-room hotel overlooking the main piazza of Greve, Chianti, made the cut for our Secret Hotels of Tuscany feature. And we’ve previously recommended the family-run Albergo Serena, an 18th-century building with patterned stone-tile floors, well-worn furnishings, and a convenient location by Florence’s Santa Maria Novella train station.

Be sure to mention the Fiorino Effect when booking your hotel room and download the voucher before you go. It has an image of the fiorino (florin), a gold coin introduced in the 1200s by Florentine bankers and that enjoyed a heyday as the preferred currency for trade. The promoters are quick to compare it to the role played by the dollar—for now, anyway.