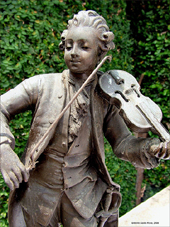 In 2008, there are several ways for culture hunters to sample Europe's fine arts without spending a eurocent.

Amadeus aficionados should head to Salzburg for the free Mozart Sound and Film Museum, featuring set designs, costume samples, and a film loop of scenes from Amadeus. It's the free part of the International Mozarteum Foundation. mozarteum.at

These capitals have become famous for their annual White Nights festivals. Between the end of August and early September, each city hosts an all-nighter with free admission to museums, theaters, and various concerts. Berlin, Prague, and Zürich host similar Museum Nights. Info available from each city's tourist office and tourism websites.

A brilliant intersection of old and new, the Statens Museum for Kunst is the best source for free art in Copenhagen. Through August, you can watch restorers touch up a masterpiece by Jacob Jordaens, if you beeline for Room 272. smk.dk

London's Royal Academy of Music offers free concerts by its students nearly every day. You may earn bragging rights years from now when you can say that you saw the next Yo Yo Ma or Callas when he or she was still in school. ram.ac.uk/events

Paris has many free museums, such as the Museum of the Romantic Life and the Paris Fashion Museum. Recently, the Museum of the Middle Ages (musee-moyenage.fr) and Museum of Arts and Sciences (arts-et-metiers.net) also became free—through at least June 2008.

Germany: Support the Opera—Have a Beer

In Munich, beer was taxed to fund the Bavarian State Opera, and now the opera company is giving back to the community with outdoor "Opera For All" concerts. On July 12, the company will perform works by Charles Ives and Franz Schubert on the Marstallplatz, which is a secluded square behind the opera house. The next day, you can watch a live simulcast of Tchaikovsky's Eugene Onegin on the house's façade. bayerische.staatsoper.de

In Amsterdam, take a lunch break with the national orchestra, which plays free Wednesday concerts of (primarily) classical music September through June, from 12:30 to 1:00, at the concert hall Het Concertgebouw. concertgebouw.nl

Lisbon is one of the cheapest capitals of Western Europe, relatively speaking. While most of Lisbon's museums are free on Sundays, the Berardo Museum of Modern and Contemporary Art is free seven days a week through 2008. museuberardo.com

—Olivia Giovetti, who runs the fabulous blog, High Culture on a Low Budget.

The article's by Tim Leffel, who runs the blog Cheapest Destinations.

"What exactly is that down there?"

Ever look out an airplane window and see an extraordinary landscape? Well, here's a guide to what you probably saw. Astonishing aerial images taken from commercial and NASA-operated aircraft form the heart of the new book, America from the Air: A Guide to Landscape Along Your Route. When seen from the air, Lake Powell, Boston Harbor, the Caprock Escarpment in Texas, and other sights may inspire you to hum "Oh Beautiful for Spacious Skies." In a clever move, the book provides maps of 15 popular flight corridors, making it easy for you to find aerial photographs that correspond to about 40 popular routes you are likely to fly. Authors Daniel Mathews and James S. Jackson have helpfully annotated each image with captions that identify important features of the landscape. We've put together a slide show of 10 images from the book to give you a taste. Enjoy. &mdash;Liz Webber MORE ON THE WEB A pilot is blogging photos and stories from his travels, including photographs of the aurora borealis ("northern lights") and unique cloud formations as seen from 35,000 feet. The blog is Flight Level 390.

Want a lift? Guests at all 18 W Hotels in the United States now have access to a luxury SUV that can take them to restaurants, the theater, and the airport. The car service offers begins today and lasts through Jan. 31, 2009. At most of the W properties, Acura’s seven-passenger 2008 MDX comes with a driver and is stocked with free bottled water. Gas and tolls are included, and drivers are instructed not to accept tips. Mercifully, there's no time or mileage limit. (When I stayed at the W in the French Quarter, New Orleans, this would've saved me a $29 cab ride to the airport.) There are a few catches, of course: The car service only offers a one-way ride from the hotel to your destination. The car can't be called for a pickup, but you can use it as many times as you want during your stay. Two W properties aren't playing ball. The W Silicon Valley in Newark, Calif., and W Honolulu-Diamond Head in Hawaii don't offer on-call chauffeurs. But they do allow guests to take the car out for drives with a full tank of gas. Guests don't even have to refill the tank before they return a loaner car. I recommend you reserve the car at the time of your reservation. Each property only has two SUVs, and the vehicles will probably be booked up quickly. That said, if you went to the lobby in the morning on the day of your arrival, you should theoretically be able to reserve the car for 6 p.m. or later that night. Find more info at whotels.com/acuraexperience.

I'm not big on having tour guides lead me around when I visit a place (no matter how full of interesting facts they might be, I always find myself stifling yawns and plotting my escape). I do, however, love when I have a friend in the area who can introduce me to great local spots. I've never met Clotilde Dusoulier, author of the hugely popular blog Chocolate &amp; Zucchini, but after reading her new book, Clotilde's Edible Adventures in Paris, I'm going to consider her that friend. She focuses on exactly what I focus on when I travel (food), and she describes everything in the most delightful, conversational way. Divided into two sections&mdash;Eats and Shops&mdash;the book covers all Clotilde's (see? we’re already on a first-name basis) favorite food spots in the city. She also gives some great tips on eating in Paris: when to drink caf&eacute; cr&egrave;me (morning only), where to put your hands during dinner (on the table, not under), whether you should eat while walking (unless you want stares, no). She’s not at all snooty about these rules, just looking out for you&mdash;as any good friend would. Recently, Clotilde took a couple of minutes away from her culinary adventures to answer a few questions&hellip; You write such intriguing descriptions of restaurants&mdash;I want to try them all! Sadly, I'll never have enough time in Paris to get to even half of them. If you were to design the perfect food day in Paris, where would you go and what would you eat? I would pick a Saturday: in the morning I'd go to the March&eacute; des Batignolles (an organic farmer's market in the 17th), then I'd have lunch at Rose Bakery (in the 9th). I'd take the metro to La Grande Epicerie de Paris (large food shop in the 7th) to see what's new, I'd pick up some chocolate from Jean-Charles Rochoux a few blocks away (in the 6th), and then I'd go home and take a nap before I head out to dinner at Ribouldingue (neo-bistro in the 5th). You give a great tip about buying ready-to-eat foods&mdash;bread, cheese, charcuterie, crudit&eacute;s, pastries&mdash;and having a picnic in one of Paris's many parks. Do you have any favorite picnic spots you could recommend? The choice of a picnic spot depends on the mood of the day, and I have several favorites listed in the book, but one I could mention is the Quai Saint-Bernard in the 5th, along the Seine by Austerlitz Bridge, where there are large lawns and several arenas in which you can dance (or watch people dance) ballroom dances on summer nights. I get the impression you can't walk down a single Paris street without discovering a great new shop or restaurant. Any new finds since the book went to press? I'm certainly keeping myself updated on what new, and making notes for the next edition! In the meantime, there are sneak previews on my blog and my moblog, where I post pictures of restaurant meals. SAVE THE DATE On Tuesday, May 13, Clotilde Dusoulier, author of the new book Clotilde's Edible Adventures in Paris and a terrific blog, answers your questions on Paris and food in a live online chat at BudgetTravel.com. 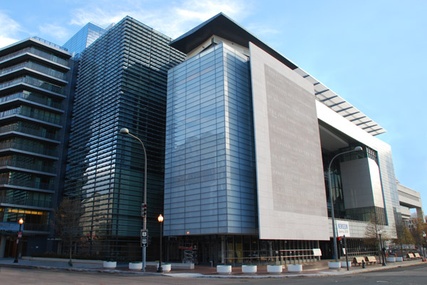