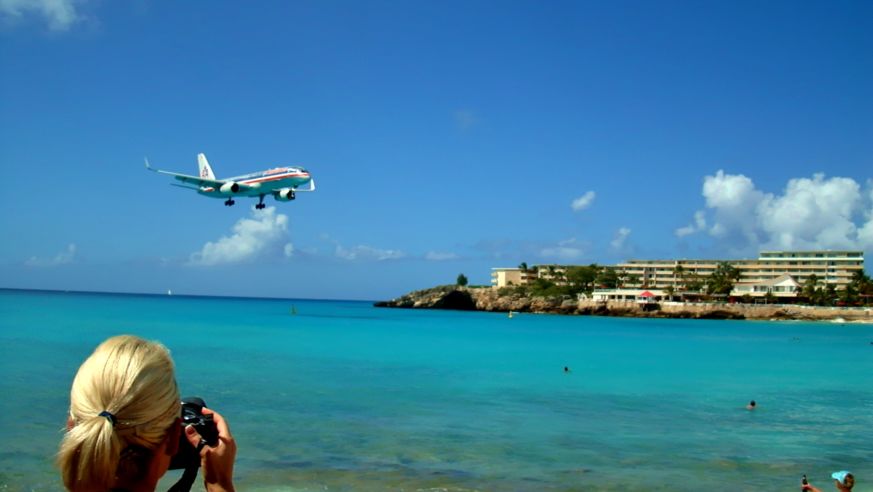 Using billions of data points, a new report from Expedia offers pro tips on how to get prime deals on flights year-round, as well as a preview of 2017 top destinations.

As we shift into the new year, there’s a lot of looking back on the travel industry to see what worked and what didn’t, what succeeded and what failed, and, of course, where, how, when and why people traveled. We look back so that we can have a clearer vision and understanding of what’s ahead. While technology allows us to do nearly everything aside from decisively predict the future, piles upon piles of data lets us to come pretty close. The more data we can pull from, of course, the clearer the vision.

In a recently released study by Expedia, the company partnered with Airlines Reporting Corporation (ARC), a trade organization, to crunch the numbers between January 1, 2016 and October 24, 2016 and figure out worldwide air travel trends. The report, “New Heights for Air Travel,” looked at data from Expedia—which encompasses the 335 million itineraries it created in its 20 years of operation. Those itineraries cover 1,820 cities within 203 countries. ARC, meantime, offers information on more than 12.5 billion passenger flights. (That's a whole lotta packs of tomato juice and packs of pretzels!)

The main takeaways of the study forecasts a huge win for travelers. First, according to the International Air Transport Association and ARC, air capacity is up about 5% globally, which means airlines are flying more planes to more destinations. Global growth typically clocks in around 3%, even in boom times. So in other words, 2016 saw a tremendous amount of growth. More seats in airplanes means more competition for passengers, so this past year also saw a tumble in average ticket prices. Those two factors—more space and lower cost—are a formula for creating more travel opportunities at lower prices in 2017.

How much of a tumble in those ticket prices, you ask? In the nearly 10 months examined, average ticket prices in North America fell about 6% for economy one-ways and about 5% for economy round-trips. That means, for instance, a round-trip ticket that cost $472 in 2015 cost $450 in 2016.

With billions of data points at their fingertips, Expedia and its partners were able to examine buying patterns and assess ticket pricing trends and quirks. By and large, the results pretty much validate a lot of urban myths. First and foremost, some times are better than others for purchasing airline tickets. Weekends are the best time to book flights. Fridays are the worst, primarily because that’s when business travelers make their bookings. The study also notes that for domestic travel in the US, you can save as much as 11% by purchasing tickets on a Sunday vs. Friday. You can save even more on tickets to Europe—as much as 16%, in fact—by making your ticket purchase on a Sunday.

And now for the good news for the early birds among us. We all know that it pays to plan, but this study tells us just how much. According to ARC, 21 days in advance is the tipping point. When it comes to traveling within the United States, within Europe and even between the US and Europe, booking three weeks ahead of takeoff can score you as much as 30% over waiting until the last minute.

When you’re planning a trip, don’t underestimate the impact of a weekend stay. Expedia’s study determined that you can get the best deals when you include a Saturday night overnight stay on your itinerary. That can mean savings of up to 57%, as the researches found to be the case in Southern Europe.

That does it for the “how.” Now, about the “where.” Based on its data, the study looked at 500 top destinations. Not surprisingly, the airport with the most significant leap was Jose Marti International Airport in Havana, Cuba, which surged in capacity by 53% from 2015 to 2016. Coming in a very close second was the airport in Da Nang, Vietnam. Among other destinations that spiked in popularity were Zhuhai, China (41 percent); Cusco, Peru (39 percent); and Santiago, Chile (38 percent). Cities in Uruguay, Iceland, Panama, and Russia were other mentions.

There are plenty more general findings. Perhaps you can chalk it up to the coast-to-coast growth of tequila and the taco truck boom, but overall growth of Mexico City as a destination was a significant 11%. Industry watchdogs are already deeming it a 2017 hotspot. Largely because its economy is pulsing, airlines are ramping up flights to India as we speak. Same goes for Dubai as well as China, which saw nearly 10% growth in airline capacity over the past year. Notably, in addition to more airlines instituting new routes to China, new airports have opened or expanded throughout the country.

Experts predict that most of the destinations that have seen growth in 2016 will continue to thrive. It’s up to you to prove them right. Or chart your own path and prove them wrong.