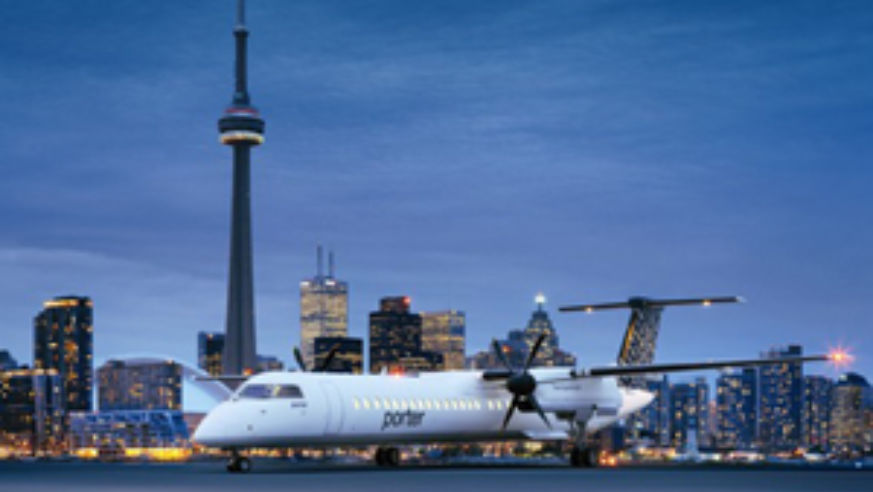 This March, Canada'sPorter Airlines will launch its first flights in the U.S. Starting now, you can book seats on one of seven daily round-trip flights between Newark and Toronto, first departing March 31 at Flyporter.com. Fares start at about $280 roundtrip, after fees and taxes.

The airline has connecting flights, via Toronto, to Montreal, Ottawa, Halifax, and Mont Tremblant. Later in the year, the airline may expand to Boston, Chicago, D.C., and Philadelphia.

The new turboprops offer custom leather seats with two to three inches more legroom than the 30 inches of legroom you typically find in the economy-class sections of other airlines. [NOTE: This blog post originally used the description "regional jet," instead of "turboprop," to describe the planes. And it said "30-inch wide seats" instead of "30 inches of legroom. I regret the errors and will now go back to bed.]