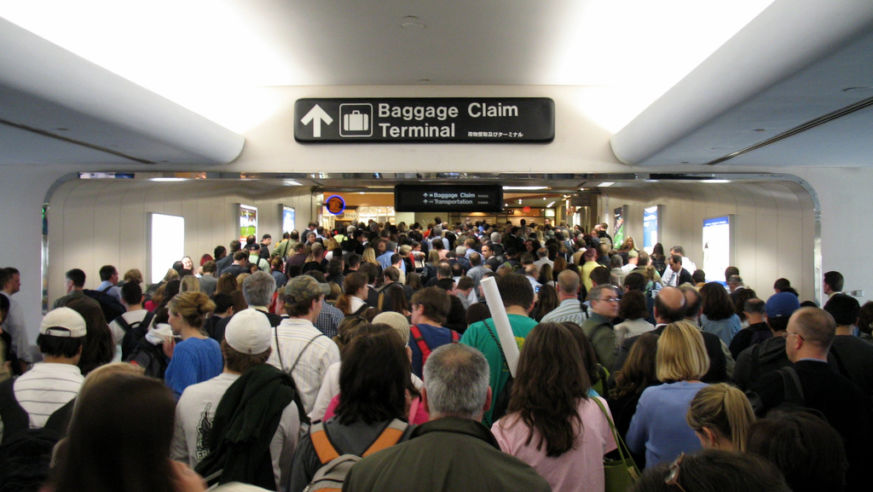 In the wake of Superstorm Sandy, the Northeast is expected to be hit by another wave of bad weather today. The incoming nor'easter, Athena, was actually named by the Weather Channel just like a hurricane, because of its damaging potential—up to 6 inches of snow with wind gusts of 65 mph.

Last week, almost 24,000 flights were grounded due to the hurricane. This week, airlines aren't taking any chances, preemptively canceling flights to the region.

Check the following websites to see if your flights are being affected and how your carrier responding:

So what should you do if your flight gets grounded?

Last year, when the region experienced the historic "Snowmaggedon" storm, our blogger Sean O'Neill put together a handy cheat sheet of evergreen tips for anyone whose travel plans are interrupted by inclement weather:

1. No one should have paid a ticket change fee
During last week's storm, most airlines waived their customary change fees, but in the scrum, you may have accidentally been billed anyway. This mistake happens most often when a traveler voluntarily pays to upgrade to a more fancier class of service, in the hopes of being placed on a plane faster. Whatever the reason, if you are accidentally charged for a ticket change fee, dispute it immediately. Submit your claim for reimbursement via your credit card company. Eye your credit card statement like a hawk, too: You need to file a complaint within 45 days of your flight, as a general rule.

2. Skip the phone and write a complaint message instead
When a customer service hotline fails to resolve your issue, you're better off starting to send e-mails and letters than continuing to work the phones. It's much easier to keep a useful, powerful record of what has been promised and what has been overlooked when everything is in writing. Find out the best way to contact your airline at the On Your Side wiki. (You may also want to read the useful blog post "6 stupid things customers do when they have a service problem.")

3. What's not going to happen
Sadly, the airline isn't required to pay for the cost of your night's stay at a motel during a storm. Let's say an airline rebooked you on a morning flight and you decided to stay at a motel overnight (instead of sleep at the airport). The cancellation was beyond airlines' control, so you do not have any automatic right to compensation beyond being rebooked (or receiving a refund if you decide not to fly at all). Foreign airlines are often more generous than American ones. So if you flew an airline that's based overseas, contact one of its company representatives to see if you may be entitled to some compensation for additional costs you braved—from meals to phone calls to lodging.