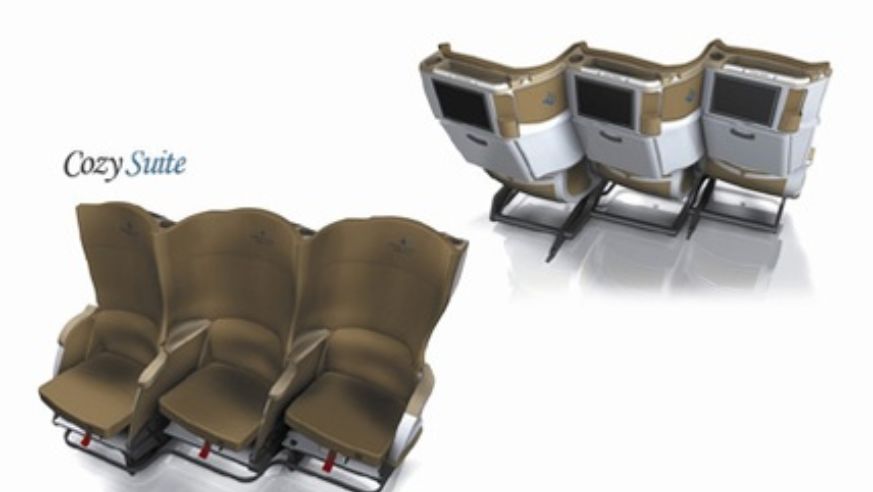 Delta has announced plans for a revolutionary new seat design to be used on its international Boeing 777 and 767 fleet, beginning in 2010. The seat design first needs to receive regulatory approval for safety, says Delta spokeswoman Katie Connell.

The unusual seat layout ensures that each passenger has two armrests. Delta and the seat manufacturer, Thompson Solutions, offered the following illustration:

The manufacturer says that its seats will make it easier to get in and out of window seats when the other passengers stand up. It has a tip-up seat pan, like a movie theater seat that folds up, only with the seat flipping up from the inverse direction. The following images from the manufacturer's website illustrate this "tip-up" feature:

hat tip to the blog One Mile at a Time