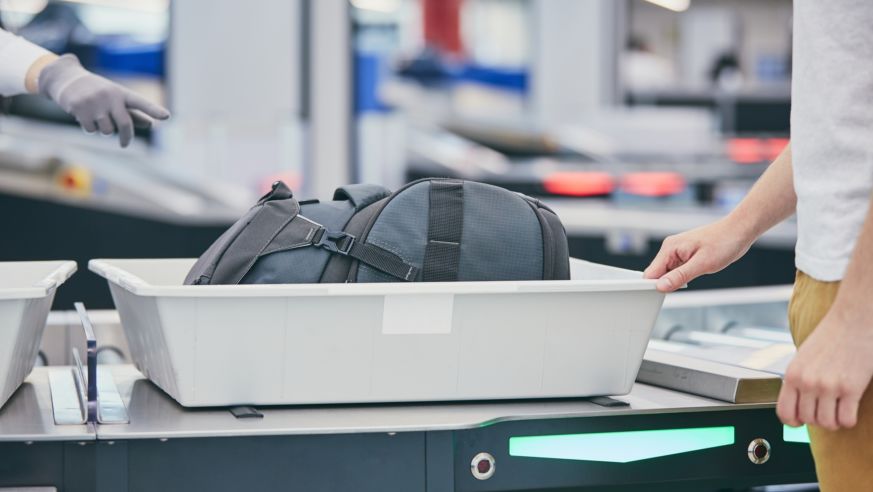 From a hair-raising study of those filthy airport security bins (and how you can keep yourself and your loved ones safe) to a great reason to raise a glass of the all-American libation, bourbon, this month to a two-for-one ticket deal that NYC culture vultures will snap up, this week’s travel news is all about escaping the everyday.

We have some not-so-great news for germaphobes –and, sorry to say, everyone else, too. A recent study conducted by Finnish and British researchers reveals that the plastic bins used to inspect personal items at airport security have as much of a 50 percent chance of carrying the viruses that cause upper respiratory infections. Based on swabs taken at Helsinki Airport at three points during the 2015-2016 flu season, the surface of as many as one of every two bins, which are typically handled with a strong, open-palm grip, contain rhinovirus or adenovirus, the culprits that cause cold- and flu symptoms. This is a much higher rate of contamination than toilet seats in airports because bathrooms are cleaned much more frequently. But there is a glint of good news to come out of all this. The scientists write in the paper, which was published in the BioMed Central Infectious Diseases journal, says, "This knowledge helps in the recognition of hot spots for contact transmission risk, which could be important during an emerging pandemic threat or severe epidemic." Meantime, be sure to wash your hands after you get through security and, out of respect to your fellow passengers, maybe wash them before the TSA check, too. Now, we’d like to know who’s studying the carpet square in the body scan machine that many passengers stand on barefoot?

Believe it or not, there have been times in U.S. history when lawmakers reached across the aisle to get things done. This month, we celebrate one of those moments: In 2007, senators voted nearly unanimously to pass a bill that declared September National Bourbon Heritage Month. Resolution 294, as the bill is known, is a reinforcement of the 1964 Bourbon Act, a Congressional decree that recognized bourbon as America’s only “native spirit” and established a legal definition and guidelines for production. Among those guidelines: bourbon whiskey can be made anywhere in America—not only Kentucky—and must be distilled from at least 51 percent corn and aged in brand-new charred American oak barrels. The 2007 bill is a salute to the spirit’s deeply entrenched role in American history as well as its past and present impact on commerce. While there are small independent distilleries in every state today producing bourbon, the most important, historic distilleries are in Kentucky, where there are 1.5 barrels aging per each of the 4.5 million people living there. That accounts for 95 percent of the world’s supply, making it an $8.5 billion industry. The drink has become such a source of intrigue that an entire tourism industry has evolved around it. In 1999, the Kentucky Distillers' Association established the Kentucky Bourbon Trail, a road-trip-style experience. New smaller distilleries that have opened throughout the state over the subsequent years led to the creation of the Kentucky Bourbon Trail Craft Tour in 2012. A few years later, the outstanding whiskey bars in Louisville came together to establish the Urban Bourbon Trail, arguably the best bar crawl in the USA. So head to Kentucky and hop on one of those trails or head to your local watering hole and order a glass of bourbon on the rocks. If anyone questions your motives, tell them it’s your civic duty.

SAVE DURING NYC’S OFF-BROADWAY WEEK

Theater buffs headed to New York can save big thanks to NYC Off-Broadway Week, with two-for-one tickets on sale now for 38 Off-Broadway productions between September 24 and October 7, 2018. A few examples of the theatrical gems available at half price include Avenue Q, Drunk Shakespeare, and Stomp. Learn more, and purchase tickets, at nycgo.com/off-broadway-week.