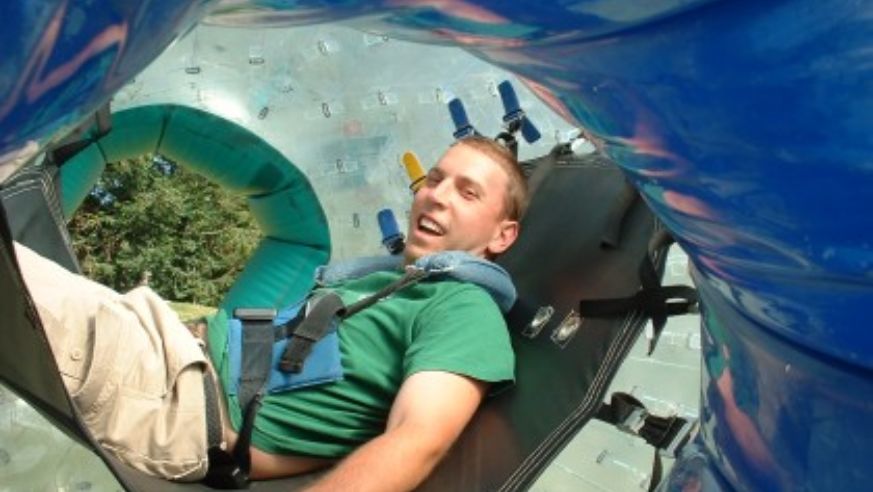 When one of our readers, Eric Tennen, recently went on vacation in Rotorua, New Zealand, he tried out a new thrill called the Zorb. As you see here, Eric was strapped into a small spherical chamber, which is cushioned by two feet of air inside a larger inflated ball.The ball was then pushed down the hill. Eric says, "It sounds simple, but it is scary, nauseating, and thrilling all at the same time. The hill itself is not entirely smooth, and in addition to rolling, it bounces, too. The scariest part is that you are by yourself, and once the ball starts rolling, there is no escape. While it is quicker than a roller coaster, it is much more intense because the speed and twists are magnified."Later this year, the Zorb will come to American shores, debuting at a theme park in Pigeon Forge, Tenn., near the Dollywood amusement park. For Eric, the cost of the ride in New Zealand was about $30. If you can't wait and need to Zorb right now, you can find the ride in roughly a dozen countries, including Argentina and Hungary. Find a list of locations here.