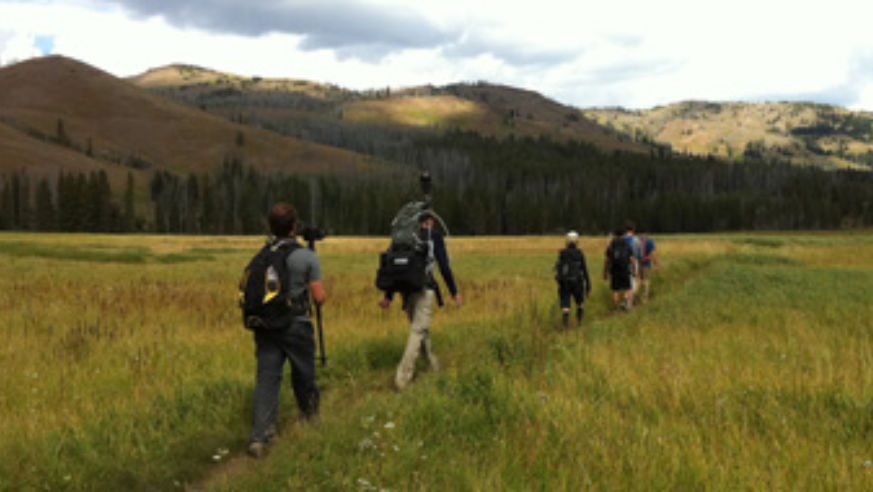 Courtesy Nature Valley
A team of hikers sets out to document our nation's parks.

Nature Valley has teamed up with hikers and videographers to create the ultimate virtual tour of three iconic American Parks—the Great Smoky Mountains, Yellowstone National Park, and the Grand Canyon.

The site, NatureValleyTrailView.com, which launched today, provides interactive maps of popular trails complete with videos of trail markers and points of interest. The result is 360-degree street-level imagery of over 100 miles in each park—as well as helpful information for each trail (distance, difficulty rating and elevation) for folks looking to embark on their own trekking adventure.

To create the maps, eight hikers set out into the parks with an 11-lense, Dodeca 2360 camera, which captures video footage from every direction simultaneously (editors then stitch the images together to create an immersive experience). And while the team has only covered three parks so far, they have plans to expand into other parks.

Hear about the team's experiences documenting the parks:

The project calls to mind Google's efforts to bring street view into art museums and to document the remote villages of the Amazon River Basin, but Google had nothing to do with this project. The venture was sponsored by granola-bar company Nature Valley which has aligned itself with our national parks in an effort to preserve them.

This project helps our parks in three ways—one, it provides much-needed cash to the park system, two it educates the public on these valuable natural resources, and three it digitally documents the land for eternity.

Of course, the role of big business in preserving our parks is not without controversy. Critics worry that corporate sponsors will wield undue influence over parks. But before you start freaking out about advertisements cluttering our views of the Grand Canyon, keep this in mind—90 percent of our budget for the National Park Service comes from Congress. And, as Mother Jones reported in a recent article, there are plenty of rules that protect the parks from conflicts of interest and corporate pressure.

As far as I'm concerned, I think it's cool—you can visit our nation's parks from the comfort of your couch, you can teach your children about the beauty and importance of our nation's natural resources, and when you're ready to visit you have a tool that can help you make the most of your experience.