Fun fact of the day: Every time a passenger rides Amtrak, the railroad loses $32 on average, say researchers at Pew's Subsidyscope project.

So it's not just death and taxes that you can count on. You can also count on paying taxes to prevent the death of Amtrak.

Amtrak disputes the numbers, saying it only loses $8 per passenger on average. But researchers say that Amtrak isn't including depreciation—that's wear-and-tear on tracks and trains—and overhead (such as the cost of running human resources). The independently calculated numbers count those additional costs.

Only three of Amtraks's 44 lines made a profit last year, despite 2008 being the railroad's second-best-ever year for ridership.

Amtrak's Acela Express service is one of the rare exceptions. The premium-priced route along the northeast corridor is profitable. The average ticket price for Acela is $41 more than the cost of transporting the passenger.

Amtrak has claimed that the Northeast Regional is profitable, making $20 per passenger. But the new Pew study disagrees, saying that the most-heavily-traveled route is—incredibly enough—unprofitable. It loses an average of $5 a passenger, once you figure in depreciation and other unallocated costs of $24.29 per passenger.

The worst performing line? The Sunset Limited, which runs between L.A. and New Orleans. It loses an average of $462 per passenger(!)

In defense of railroads, highways don't make money either and the government subsidizes their construction and maintenance. Many small airports don't make money, as well, yet they also get subsidies as a cost of keeping the economy humming along.

The study is online at Pew's site. 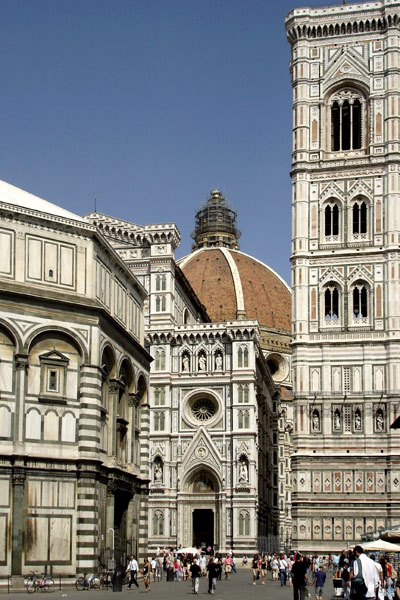 Good news! Mayor Matteo Renzi has claimed Florence's crowded central piazza&mdash;home to the Duomo and the Baptistry&mdash;for pedestrians. Cars, buses, and horse-drawn carriages are officially unwelcome as of October 25, when the city will celebrate with an open-air concert. Traffic previously skirted along the side of the iconic Duomo, coating its marble in a visible layer of grime. Initial response to the unexpected announcement has been enthusiastic, as reported in the English-language paper The Florentine. The only gripes cited are from taxi drivers, as taxi stands in the piazza will have to be transplanted. Renzi is quoted as explaining that the new pedestrian-only zone is "the first step to re-launching one of the world's most well-known cities and improving citizens' quality of life by applying the Greek concept of agora." IT'S A TREND We recently gave the City of New York an Extra Mile Award for converting five blocks in Times Square into a car-free area complete with benches and café tables&mdash;as inspired by Copenhagen's Strøget zone. RELATED Ask a Guidebook Writer: What's Better Than Florence's Duomo? 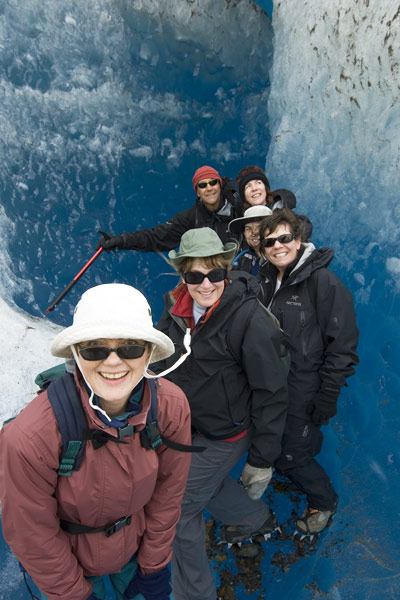 Elderhostel changes its name to appeal to the under-50 crowd

What's in a name? Well, a lot, especially if you're Elderhostel. The popular Boston-based tour company just changed its name to Exploritas, in the hopes of attracting more travelers. The company will continue to sell nearly 8,000 tours in 50 states and 90 countries, all with an educational bent. The new moniker (pronounced ek spl&Ocirc;R i tahs) comes with a few other improvements, including more domestic itineraries in 2010 and a social networking tool on the company website. But the biggest difference is a drop in the age requirement, from 55 to 21. The goal is to attract more people in their 40s and 50s. Chief executive James Moses admits that Exploritas isn't likely to win over many twentysomethings. Elderhostel had 155,000 travelers sign up last year, a drop of 40 percent from a decade ago, reports the Wall Street Journal. So the time is ripe for change. The tour concept got its start in 1975, expanding steadily over time. The budget minded may balk at some of the Exploritas tours. A case in point is Patagonia: Hiking at the End of the Earth, where the picture shown in this blog post was taken. This two-week tour starts at a whopping $5,190 per person and includes accommodations, most meals, and guided hiking trips with local experts. Looking for something closer to home? This 10-night itinerary in Utah starts at $1,528 and includes visits to Zion, Bryce, and Arches national parks and Lake Powell, all with a focus on geology. (Based on double occupancy.) MORE The Real Deals: Great vacation packages hand-picked by Budget Travel's editors 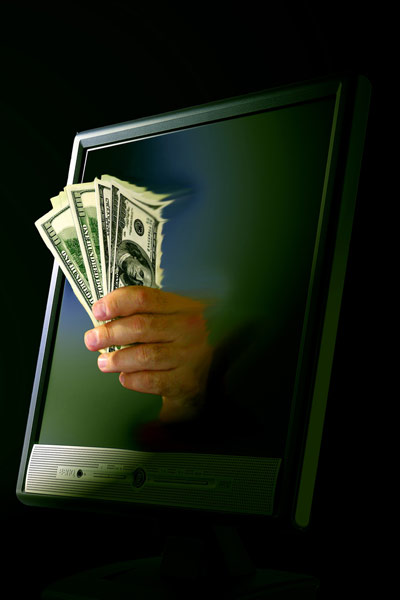 Rental car rates have more than doubled in the past year

Holy moly! Travelers are paying through the nose for car rentals right now. For a one-week compact rental reserved 7 days in advance, the average rate at major U.S. airports has more than doubled since last year. Specifically, if you reserved last Monday for a rental starting today, the average is $347.86. The same scenario in the fourth week of September 2008 would have cost $157.52. That's an increase of 121 percent. "Rates have been through the roof," says Neil Abrams, whose market research firm Abrams Consulting Group keeps tabs on car rental statistics. "This is not an anomaly. Prices have just kept rising far beyond what we've seen in the past." EARLIER Rental car rates skyrocket, despite recession (20+ comments, with helpful tips from Budget Travel readers) The car rental promotion that actually costs you double Three new ways to snag a free hotel room 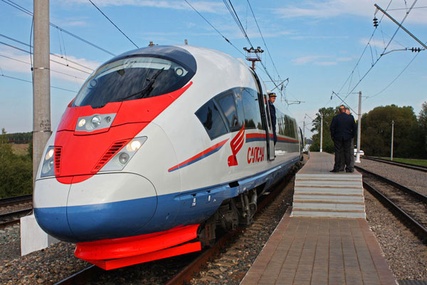 Moscow and St. Petersburg are about to join the ranks of major European and Asian cities linked by high-speed rail service. Russian Railways has purchased Siemens' cutting-edge trains&mdash;dubbed Sapsan, Russian for a peregrine falcon&mdash;at a cost of $52 million each. Instead of a traditional locomotive, the Sapsan has electric motors attached to wheels all along the train cars. It's also been modified to contend with notoriously frigid Russian winters. In a high-profile test run in St. Petersburg last week, the Sapsan got as high as 150 mph; its average speed along the approximately 400 mile route will be 107 mph. The service, which debuts in December, cuts the trip to Moscow to 3 hours and 45 minutes, about 45 minutes faster than now. Tentative plans call for service between Moscow and Nizhny Novgorod from March 2010 and between St. Petersburg and Helsinki, Finland, from September 2010. There are even rumors that the Sapsan will reach the Black Sea resort town of Sochi&mdash;host of the 2014 Olympics and one of Putin's pet projects. But the Sapsan loses steam when you consider that the high-speed AVE train is more than an hour speedier as it zips between Madrid and Barcelona, a distance comparable with St. Petersburg to Moscow. Outdated tracks hold back the Sapsan (which may not come as a surprise in a country known for epic, erratic train journeys in sleeper cars). Business Week described Russia's investment in Siemens' trains as making "about as much sense as driving a Ferrari on a dirt road." The U.S. suffers a similar problem: a lack of investment in train tracks that restricts even the Acela, our only available high-speed train option, which also maxes out at 150 mph. Siemens has its eye on the billions in stimulus money designated for high-speed train travel and hopes to sell the U.S. these same trains, according to New York Times. Find out more about how high-speed trains measure up around the globe&mdash;and how their prices compare to air travel&mdash;in our report, The Fastest Trains on the Track.