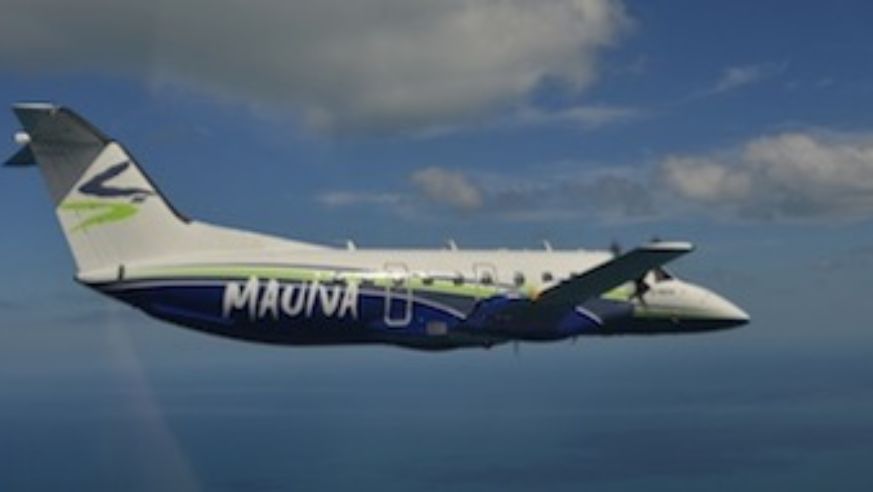 It's just like a cruise, except that you're flying from one destination to the next on a turbo-prop plane that seats between 30 and 70 passengers.

Orlando, Fl.-based Mauiva introduced this "AirCruise" concept as the company calls it a year ago when it launched with two North America itineraries: a seven-day Western Wonders Experience AirCruise around Northern California, and onto Bryce Canyon, the Grand Canyon and Las Vegas; and a six-day All American East Experience AirCruise that starts in Toronto, continues onto Washington, D.C., and ends in Arlington.

Starting this September, Mauiva is adding a new, seven-day Sun and Fun Experience, which departs from Orlando and heads to the Grand Bahama Island, Grand Cayman and then Cancun for $1,999 per person, based on double occupancy. The itinerary includes at least two days in each destination, motorcoach transfers, 4-star resort stays, breakfast, lunch and dinner, several included activities such as a Chichen Itza tour and entrance to the Xplor Ecological Park & Zip Lines, as well as additional optional tours and activities.

The resort on Grand Bahama will be the Grand Lucayan Bahamas, and the other resort contracts are still in the works, but will be of a similar caliber, the company said.

Customers can also book a $1,449 option, per person at the double-occupancy rate, for just the flights and accommodations. (Note: the rates do not include the customs fees, which are estimated at $162 per person.)

The company charters its planes through Cleveland, Ohio-based Charter Air Transport, a FAA-certified carrier registered with the U.S. Department of Transportation. The pilots and flight attendants that Mauiva uses are certified by the Federal Aviation Administration, a company spokesperson told Budget Travel.

The company started in 2009 as Mauiva Air Tours, offering flights over Central Florida.

Are You Okay With Allegiant’s New Carry-On Fees?