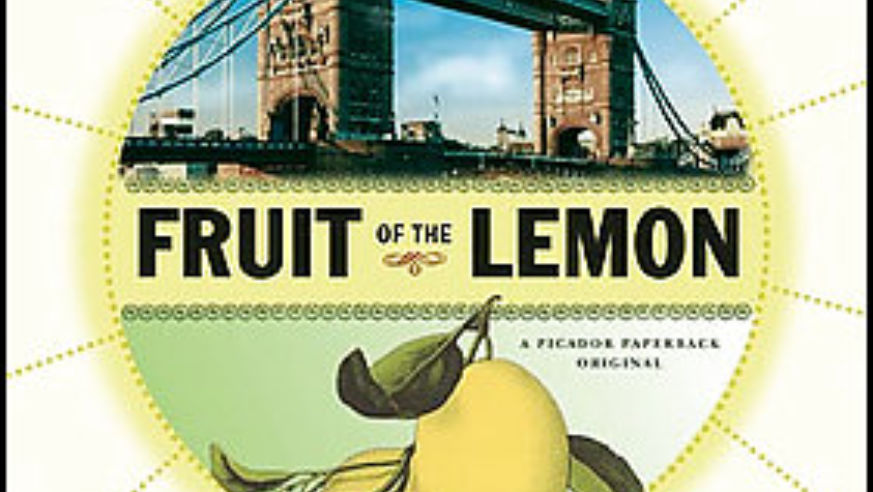 In author Andrea Levy's third novel, now out in paperback, Faith Jackson follows her parents from London back home to Jamaica, where they have decided to retire. Here's a peek:

Reprinted with permission by Picador. Buy the book from amazon.com or visit the author's website.

I was taking back the gift of T-shirts. White T-shirts with 'Jamaica' emblazoned on the front in gold, green, and black. 'Irie' in vivid pink. 'No problem' in thick black handwriting, back and front. 'Don't worry--be happy' sparkling in blue surrounded by the smiling faces of happy black people dancing in the sun. Big T-shirts--one size fits all.

I had bought them at the beach near Ocho Rios and Dunn's River Falls. I had sat digging my toes into the sand of the white beach that stretched down to the edge of a turquoise sea that was as clear and still as a pond. This was where the sea sloped gently to let tourists swim or skid along raucously riding on the back of giant bananas or flip like fish, snorkeled and flippered on the surface. But further out the sea changed dramatically to a dark blue--a line so abrupt it looked to be drawn across the water. This navy sea was deep. It let the boats, the yachts, the liners cruise along the island's edge and disgorge their foreigners into the hands of traders.

The Caribbean Sea is like no other. I swam in its warm clear bath as tiny silver fish darted around my legs. I looked up at a blue sky and then along at the line of coconut palms that bent down, bowing their giant leaves to the beach. Paradise.

On the beach scruffy women wandered in bare feet clutching green leaves that oozed aloe vera. They offered massage to the white-skinned tourists who stretched out in the sun like slabs of uncooked chicken. Or they would take fine straight European hair and plait it neat and pretty into acceptable African dreadlocks that were tipped with colourful plastic beads that clacked with every move. Men followed behind, alert, looking around as vigilant as truants, asking anyone who did not belong if there was anything they could get them. "You from England, sister?" they had said to me. "I know England, sister--Notting Hill, you know it? You have a dollar? You wan' me get you somethin' nice, sister?"

When the sun set it dropped behind the horizon so quickly it left a trace of green in my vision. The night sky was dense, black, pock-marked with silver with a moon that was strange to me--an upturned crescent, like a smile in the sky.

Coral assured me that Mum and Dad would like the heavy, large, cumbersome, square chopping board I was taking back for them. "Me sister can cut up her yams and things on it." She told me it was worth the extra weight to take back such a good all-Jamaican product. It was made from squares of different coloured woods. Dark wood, light wood, white wood packed into a solid mosaic.

I had bought it from a shop in the grounds of Devon House--a yellow and white great house built by a rich black Jamaican man at the time that my grandparents were taking their first breaths. This rich black man constructed his house in the classical style--with pillars, sweeping stairways, driveways, and landscaped gardens.

Coral and me had wandered the grounds of the house one hot Wednesday afternoon. The beautiful gardens kept pristine for tourists, with flowers of every colour and shade opening to the sun. Climbing trees winding through the woodwork of the veranda creating dappled shade where black businessmen and tourists sat sipping Blue Mountain cappuccino and espresso, eating stuffedroti at tables with starched white linen, served to them by straight-backed waiters in white jackets who walked between the tables with swift efficiency and deferential stoops.

We ate ice cream, walking in the shade of overhanging palms. Jamaican ice cream--pawpaw, pineapple with rum, coconut, almond, chocolate, coffee, mocha. I took three licks of mango and banana flavour--creamy and so cold it shivered in my head and I had agreed with my Auntie Coral as she insisted, "Faith--Jamaican ice cream is the best in the world and let no one tell you otherwise."