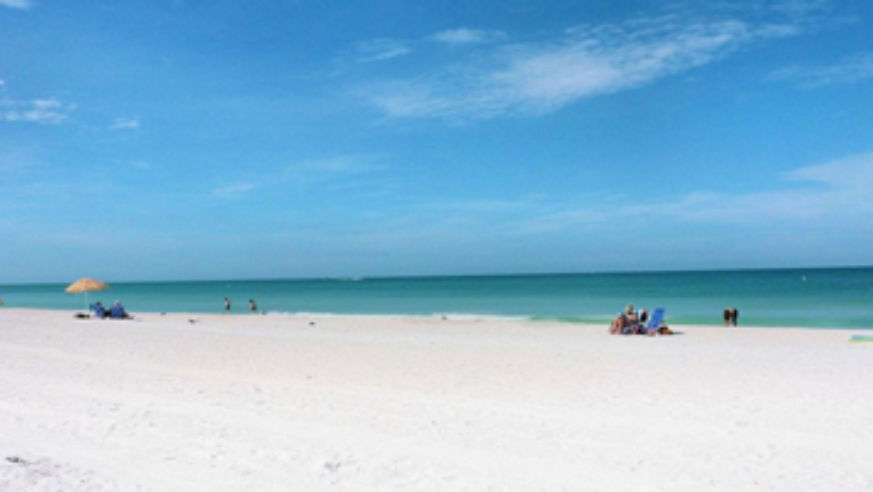 Even after a warm winter, there's nothing like early–onset spring to get the mind in beach vacation mode. And from sea to shining sea, America's not short on beaches to brag about. But which of them ranks supreme among public opinion? Surprise: it's not in Hawaii or California. It's in Florida, but—surprise, again!—it's not Miami or the Keys.

St. Pete Beach was so popular that it even took fifth place (out of 181) in rankings for beaches worldwide, coming in just below Providenciales in Turks and Caicos; Palm Beach—a.k.a. Eagle Beach—in Aruba; Tulum, in Mexico; and Negril, in Jamaica.

Luckily for us BT–ers, TripAdvisor's most in–demand beach is also a wallet–friendly one, especially when compared to its flashier neighbors. Take Miami, for instance—the average hotel rate was about $159 per night in 2011. Honolulu is even pricier, with hotel rates running about $175 on average last year. Even in Myrtle Beach, where you can find a relative bargain, the average room was still $122 per night in 2011. And for the St. Petersburg/Clearwater area? Try $84.

The secret might be out on St. Pete Beach, but we still want to know what your favorite beaches are. Don't forget to nominate your Favorite Secret Beach for our Readers' Choice poll!

Where Are the Anti-Spring Breakers Going?