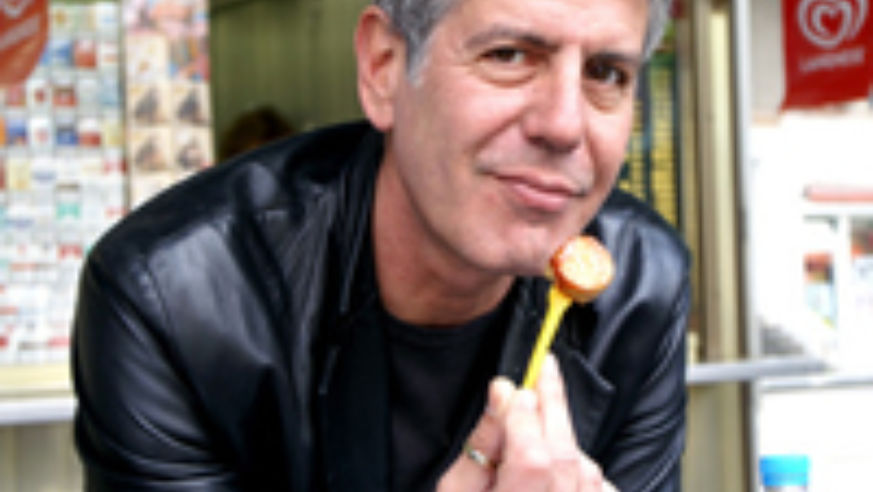 It's the end of an era—well, almost. Anthony Bourdain's hit travel show, No Reservations, will begin its last season on The Travel Channel at 9 p.m. EST on Monday, Sept. 3rd, with an episode featuring Austin, Texas. The final season will showcase cities around the world, with the series finale planned for Brooklyn, New York.

Since his show first premiered in July of 2005, we've been given the chance to follow the delightfully snarky host on his adventures around the world, showing us the regional delicacies and traditional meals of a particular place, and giving us an inside look at the cultures and people he visited. From a first televised trip to Cuba, to a painful–to–watch ATV flip in the sand, Bourdain has done it all. In one memorable episodeduring a trip to Lebanon, he and his camera crew were caught up in the midst of an ongoing war, and kept cameras rolling while they waited things out at a nearby hotel for eight days. He's filmed shows about the food he grew up with in New York City, venturing to the outer boroughs for more cultural experiences and culinary inspiration. Over the years, he's given us tips for finding the best food on the road and even showed us how to make the best of a long layover during our travels.

On a more personal note, watching his show has always reminded me of why I got into the travel business in the first place: there is no limit to the things you can experience, learn, and of course, eat, when you leave the familiar comforts of home. Although I didn't get into No Reservations until later—I can remember idolizing Samantha Brown on Girl Meets Hawaii long before that—Bourdain's thoughtful, observational remarks and unabashed reflective commentary are what kept me coming back for more.

Will you miss the show? Do you have a favorite episode? Tell us about it below.

Would You Watch This New Travel Show?

35 Passport Stamps Worth Bragging About