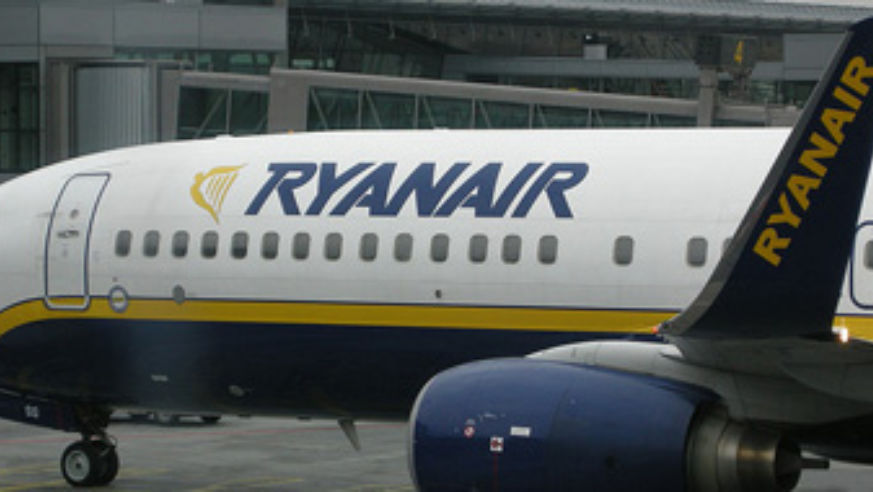 Or can you deal with them if the tradeoff is cheaper prices?

European carrier Ryanair isn't only a pioneer in terms of charging low fares upfront and then nickel-and-diming passengers with fees after they've booked. The airline has also been ahead of the times with its decision to basically turn its airplanes into giant billboards in order to make money via advertising.

In 2006, Ryanair announced a partnership with a company called InviseoMedia, which installed ads where they were sure to find the attention of a seriously captive audience: on the seatbacks of the carrier's planes. By 2007, the New York Times reported that ads were popping up pretty much everywhere passengers looked inside certain aircraft.

There were ads on the overhead bins and seatbacks inside planes operated by Ryanair and another European low-fare carrier, Germanwings. Ads also showed up on napkins and tray tables aboard the likes of AirTran and US Airways.

USA Today recently reported that Spirit Airlines, which has followed Ryanair's lead in terms of piling on fees, is now leading the charge among American carriers in terms of on-board advertising. Advertisers' messages are front and center on Spirit flights, from the aprons worn by flight attendants to (no kidding) the air sickness bags.

It's enough to, well, make some passengers nauseous.

Airlines aren't the only facet of the travel experience being inundated with new ads. A Budget Rent a Car location in Atlanta made news over the summer by offering customers discounted rates if they agreed to drive vehicles that prominently advertised local companies.

At least the renters received a discount in the ad deal. With ads in (and sometimes, on) airlines, the tradeoff isn't so clear. The rise of ad-splatted airplanes has coincided with a period in which airlines have pulled in billions more in passenger fees, while at the same time flight prices have risen steadily, even among the so-called "discount" or "low-fare" carriers.

Regardless of whether ads help lower travel costs, and regardless of whether airline passengers like, hate, or ignore in-flight ads, they appear to be here to stay, as unavoidable as TSA checkpoint lines. The reason why this is so is explained in the USA Today story by GuestLogix, a company that helps airlines sell on-board purchases:

"Airline passengers are among the greatest consumers in the world," the company says. "They are focused shoppers with a strong appetite to purchase."

Based on this assumption, airlines just feel like they have to sell to passengers during every part of the travel experience.

Should Hotels That Charge for Wi-Fi Be Boycotted?

Would You Skip Housekeeping for a Cheaper Hotel Bill?