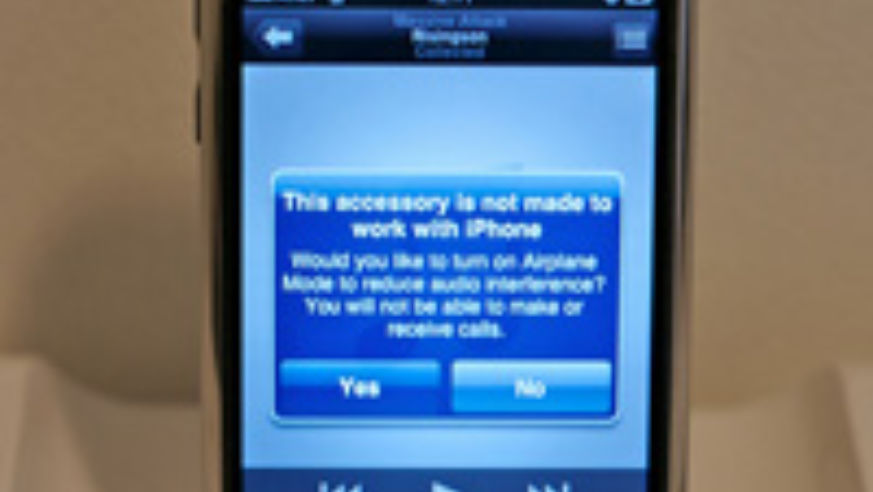 Alec Baldwin might have gotten a high–profile slap on the wrist for trying to use his smart phone during a takeoff, but he’s hardly the only flyer loath to give up Words With Friends privileges. Despite repeated reminders from airlines and flight attendants, there are always those people who can’t seem to tear themselves away from their electronics.

That’s why "airplane mode" (or "flight mode") has been such a boon for the technological traveler: By disabling a cell phone’s transmission capabilities, airplane mode renders cell phones acceptable for non–call purposes during flights (though not takeoffs or landings). No cell signals, no possible radio interference, no problem.

Or perhaps not. We’ve recently heard rumblings of airlines cracking down on cell phone use, even in airplane mode. The blogosphere is rife with complaints from flyers being told to power off their phones during flight, even at cruising altitude and with airplane mode enabled. What has changed?

Not the Federal Aviation Administration. For years its regulations have permitted the use of electronics set to airplane mode, and our recent query to the FAA yielded a consistent answer: "Airplane mode is still acceptable above 10,000 feet but you must comply with the airlines’ instructions." So if the times are a–changing, they would appear to be doing so at the behest of the airlines.

Opponents of cell phone regulation point out that there is little evidence for airlines’ fears of errant electric signals, even during take-off and landing. Phone–freedom advocates even petitioned the White House to allow airplane–mode electronics during takeoff and landing. (It failed to generate enough signees to prompt an official response.)

Either way, we're curious to hear from you—have you been told to turn off your smart phone even in airplane mode and at altitude? Or have airlines allowed you to fling your Angry Birds in peace?

Or, alternatively, have flight attendants generously overlooked your electronics usage during take-off and landing? Tell us below!

Do You Turn Your Cell Phone Off On Planes?

We Want to Know Your Airport Secrets!