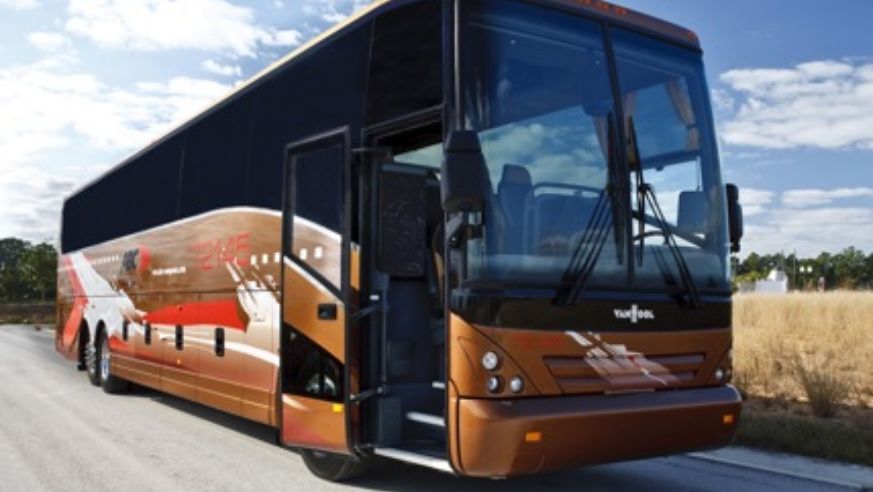 It's often the most convenient and, let's face it, cheapest way to travel. But after another fatal bus crash this week, riders getting ready to make an intercity trip this summer or hop on a bus to a nearby attraction, might be wondering just how safe buses really are.

"The bus industry continues to move approximately 750 million passengers on an annual basis. And we continue to be one of the safest forms of transportation. But the problem is there are a few companies that are not operating according to the rules and regulations and those are the companies that need to be put out of business," said Pete Pantuso, president of the American Bus Association.

One such company is Charlotte, N.C.-based Sky Express, the operator of a bus that killed four people and injured 50 others when it crashed on Tuesday on the I-95 North in Virginia.

The crash occurred just four days after the DOT announced that it had conducted more than 3,000 surprise passenger bus inspections in May—and ultimately issued out-of-service citations to 127 drivers and 315 vehicles—as part of a new initiative to improve bus safety that came in the wake of several deadly bus crashes across the country, including a widely reported crash in which 15 people were killed in the Bronx in March.

While the DOT is indeed cracking down in an effort to curb the problem of unsafe bus companies that often operate under the radar, Pantuso said he felt the federal government can, and should, do more.

Sky Express has "a long-standing history of operating outside the margins of safety," said Pantuso. "Their public record goes back to 2006 with just continued violations over that period of time."

The DOT "should have flagged a company like that that was out of sync in so many areas and should have put them out of business earlier," added Pantuso.

Pantuso noted that companies like Sky Express often find numerous ways to skirt state and federal regulations governing bus safety. For instance, he said, some bus companies will state they are headquartered in a state where regulations or more lax, even though they are primarily operating in another state.

So, what can consumers do to make sure the bus company they're using is safe? The FMCSA has an online Safety Measurement System in which travelers can search carriers to pull up their safety record. ABA also has a search option on its homepage, whereby users can search for ABA member bus companies in their area.

Do you find buses to be a safe mode of transportation? Let us know by voting in our poll or by commenting below.

Is it time for major bus companies to send drivers to charm school?

Is the era of cheap airfare ending?