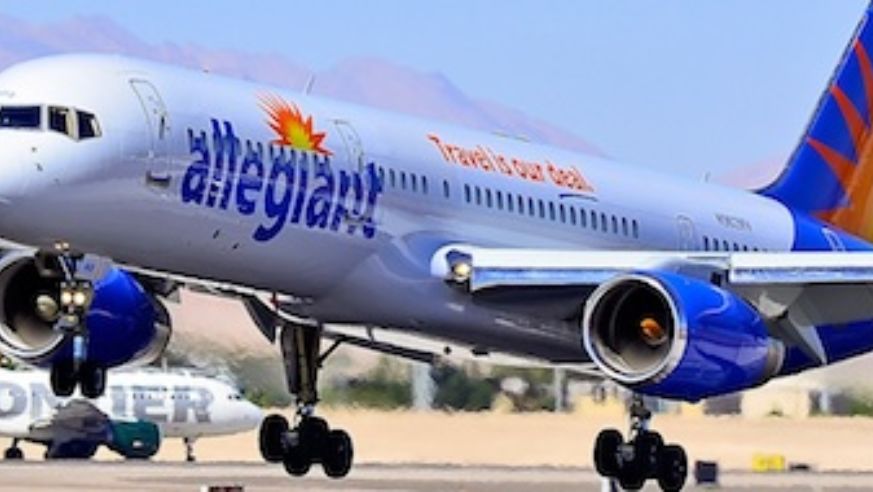 It seems like only yesterday that low-cost carrier Spirit Airlines had us gasping in disbelief upon announcing that it was going to start charging for carry-on bags (the nerve!). It was actually exactly two years ago, and Spirit Airlines continues to thrive in spite of (or perhaps because of) its carry-on bag fees. Now fellow low-cost carrier Allegiant Air has followed suit.

The Las Vegas-based Allegiant introduced the new fees last week. According to the company's website, passengers are allowed one personal item, such as a purse, briefcase, laptop computer, small backpack, small camera or food container, at no charge provided it is no larger than seven inches high, 15 inches wide and 16 inches deep.

The fee for an additional carry-on bag such as a small rolling luggage, garment bag or tote bag, not to exceed 25 pounds, ranges from $10 to $30 depending on the route and if booked in advance, and will be $35 if purchased at the airport. The carry-on bag must be no more than nine inches high, 14 inches wide and 22 inches deep. Oversized or excess carry-on baggage will be assessed a fee of $35 at the airport, Allegiant informs passengers.

Following the news that Allegiant had implemented the new fees, U.S. Senator Charles Schumer asked the U.S. Department of Transportation to require airlines to fully disclose fees, including carry-on baggage fees, in the initial airfare quote so customers can accurately compare airfares.

"While I understand and agree with the need for transparency in airline pricing, Allegiant's approach of allowing passengers to pay for only the services they desire allows passenger to pay the lowest price for air travel without being misled," Maurice Gallagher, chairman and CEO of Allegiant Air’s parent company Allegiant Travel Co., wrote in a letter to Schumer, the Las Vegas Review-Journal reported.

Budget Travel readers had plenty to say when Spirit first instituted the fees two years ago. How do you feel about them now? Have you gotten used to all the added fees, or are they just as upsetting now as they were then?