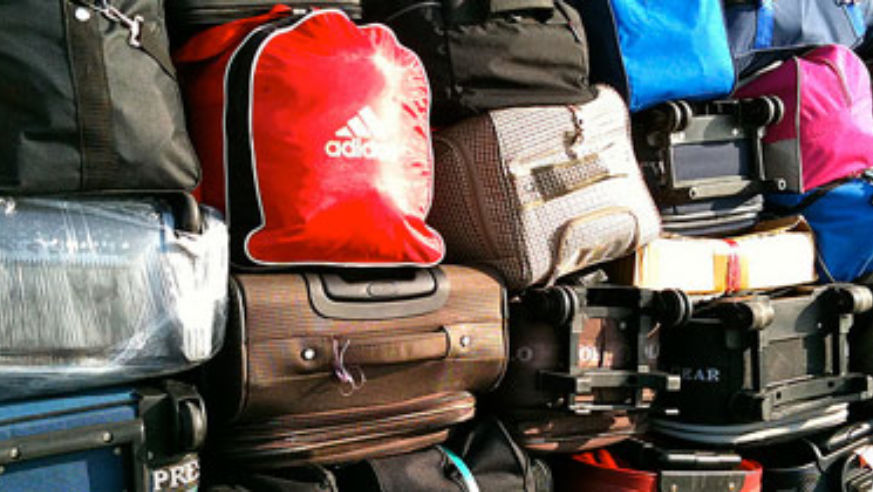 Nothing gets travelers more fired up these days than baggage fees, and our online community here at Budget Travel is no exception. Over the last year, as airlines have ratcheted up checked luggage and carry-on costs, we've been privy to your rants, your anecdotes, and your tips on the topic.

We thought we'd heard it all.

But then along comes writer Rolf Potts with, perhaps, the most extreme solution to avoiding those fees: Ditch the baggage altogether.

"The more I've traveled, the more I've wondered if luggage is really necessary, or if it just sort of gets in the way of your travels," Potts said. "Without baggage, there won't be anything to get in the way of the enjoyment of the trip and the people you meet along the way."

So starting this week, he's putting that theory to the test—in the most extreme way possible. He's traveling around the world for six weeks, "without a single piece of luggage," he says, "not even a man purse or a fanny pack." The only creature comforts he'll bring from home—including a toothbrush, iPod, lip balm, and a spare pair of underwear—will be those he can fit within the pockets of his clothing.

Potts' trip will take him on a whirlwind loop from New York to London, through France and Spain, and then on to Morocco, Egypt, South Africa, Thailand, Malaysia, Singapore, New Zealand, Los Angeles, and then back to New York.

But Potts is no stranger to pushing his personal travels to the limits—and showing his readers what's possible in the process. Over the past ten years, he's traveled to and reported from more than sixty countries. He lived and worked in Southeast Asia for seven years. He drove a Land Rover from California to the southern tip of South America. He walked across Israel. He cycled across Burma. He piloted a boat down the Mekong. And most importantly, he picked up a thing or two about solo travel on a dime along the way and shared those lessons with the rest of us in what many consider to be the Bible of independent travel, his book Vagabonding: An Uncommon Guide to the Art of Long-Term World Travel.

It's safe to guess he'll pick up similar bits of wisdom during his "No Baggage Challenge," and I, for one, know I'll stay tuned to his online page to find out.

Interview with Rolf Potts on the "tourist" versus "traveler" debate