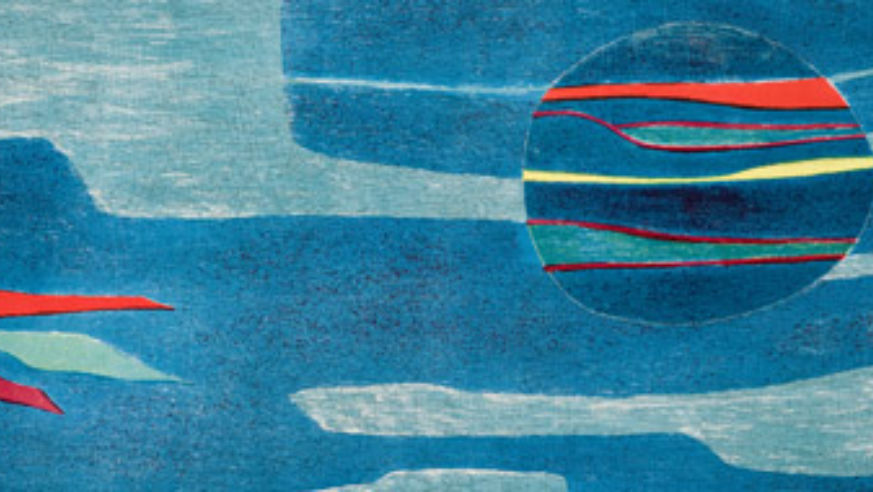 As an amateur (but enthusiastic) art buff, I've been following the development of the brand-new Bechtler Museum of Modern Art in Charlotte, N.C. The museum opened in January and just recently mounted its first major themed exhibition: School of Paris: European Abstraction Post World War II.

The museum's collection is made up of a 1,400-piece donation from the Bechtlers, a Swiss family of patrons—including local resident Andreas Bechtler—who developed personal relationships with some of their favorite artists, like Alberto Giacometti. Spanning 70 years of the family's collecting efforts, the works were donated to Charlotte so the city could open a museum. Because the collection was originally a private one, much of the art hasn't ever been on public view in the U.S., including works by Warhol, Picasso, and Degas—a neat fact that has gained the museum accolades.

The new School of Paris exhibit has more than 60 pieces by eight artists, including paintings, drawings, and prints, all created in the 1940s to 60s. The School of Paris is a term used to describe the group of modern artists who lived and worked in Paris in the mid-20th century, though the group at the Bechtler includes names that are lesser-known in the U.S.: Alberto Magnelli, Gustave Singier, and Nicolas de Stael. If all those foreign names overwhelm, be sure to get the free audio guide when you begin your viewing.

As part of the new exhibition, which runs through Jan. 3, 2011, the museum is hosting a few special events, like French films on every Monday in November and concerts, including an Edith Piaf tribute in October. Closing time is usually 5 p.m., but on the first and third Fridays of the month, the museum stays open until 9. Admission is $8 per person, and that includes the School of Paris exhibit.

Also new to Charlotte is the Nascar Hall of Fame, which opened in May. Because, really, why not pair an afternoon of high art with a tour of American engine-gunning ingenuity?