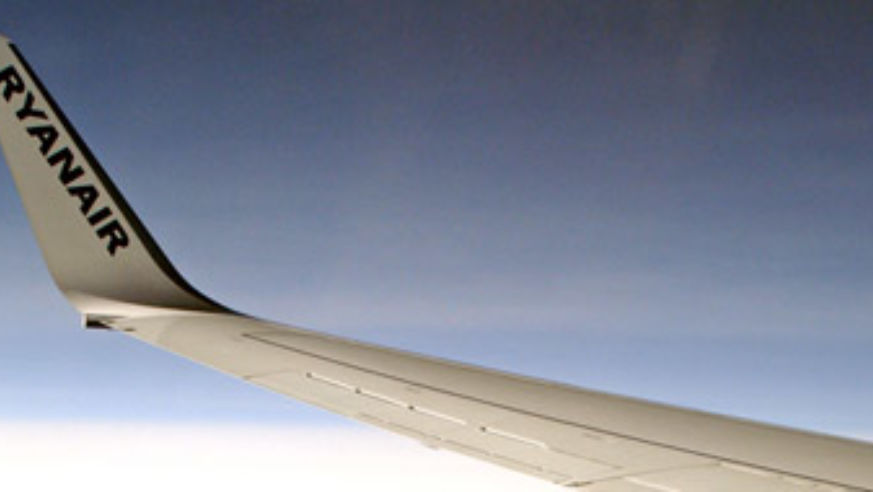 Delta said yesterday it will chop its flight schedule to Europe by at least 11 percent. United and American are also reducing service across the Atlantic. One bright spot: Most of the cutbacks won't happen until early fall, so bargain fares will still be around for your summer vacation.

What to do if you're flying after August? One trick is The Two Ticket Solution, which means splitting your trip into separate legs and buying round-trip tickets on different airlines for each leg. That's easier than it sounds. An example will make it clear:

Fly to New York City on a discount airline, then fly into Dublin on low cost Irish carrier Aer Lingus, and then take Ryanair to your final destination. It may be a hassle, but you could save hundreds of dollars—especially as U.S. airlines reduce their international flights to drive up ticket prices.

Say you'd like to fly to Barcelona. Book a flight to Dublin first, and then hop a Ryanair flight to Spain's Costa Brava airport. That airport's 55 miles from Barcelona, but a cheap and speedy train link will take you downtown.

Now compare the recent prices for a trip to Barcelona from Los Angeles in early September with a Saturday departure, using Kayak to check prices:

$1,091 round-trip ticket from LAX on Continental (with one stop at JFK) to Barcelona's Girona Airport.

In this example, you would save roughly $300 per person by booking two tickets instead of one.

Note: The Two Ticket Solution is a non-controversial strategy, making it different from back-to-back ticketing, which is a strategy that involves throwing away part of a ticket—which airlines forbid.

Here are some guidelines for deciding when The Two Ticket Solution is worth the hassle:

• Flying to London or Paris? Just book a direct flight. I've never found enough savings to justify the hassle of The Two Ticket Solution for these capital cities. Even with the airlines cutting some service to both London and Paris, there will still be enough planes and you'll find plenty of deals on direct flights. (However, you might consider flying out of New York City, which often has competitive fares. Now that Southwest expects to be flying to La Guardia airport by this summer, a fare war into New York City from many smaller U.S. airports may be in the offing.)

• Flying to Rome? Know that Ryanair flies into Ciampino, an airport that is geographically closer to downtown than Fiumicino, the main international airport, but that lacks an express train service downtown. Allow for the cost of a cab (which will be about $20 each way for two people with luggage) or take a shuttle bus (for about $13 per person).

• Flying this spring or summer? Stick with a direct flight on one of the major airlines. There are tons of bargain fares out there and you probably won't save money or hassle by taking The Two Ticket Solution instead.

• If you're flying elsewhere in Europe this fall, Ryanair may offer the best savings, as the major airlines shrink their route maps beyond the major European capitals.

• If you're leaving from a small U.S. airport that has lost airline service recently as carriers reduce flights, Ryanair may be your salvation.

• You probably only want to use Ryanair if you're willing to fly through Dublin. Here's the backstory: Few Americans fly on Ryanair because we usually assume its flights will be inconvenient. Most of the discounter's flights take off and land at regional airports as far as 60 miles away from a destination city. (See Ryanair's route map, here.) But what makes Dublin's airport (DUB) special is that it's more or less the only major European one that serves many major U.S. and international airlines as well as Ryanair. (London's Gatwick and Spain's Madrid (MAD) are runners-up, but they have comparatively few Ryanair flights.) Even better, most U.S. cities have service to Dublin that's affordable because low-cost carrier Aer Lingus keeps prices competitive.

• Be sure to allow enough layover time to make your connecting flight—because you'll need time to pick up your luggage and pass through E.U. immigration and customs before you move to your next flight. If you miss one of the flights on these different airlines, you will be on your own in finding a way home. The different airlines won't work together to help you.

• Don't forget that the cost of your Ryanair ticket will be decided in large part by how much baggage you'll be checking, unless you're hardly bringing anything more than a shopping bag. A single bag may add at least $38 round-trip if you check it. (Hint: Pack as light as possible to minimize your fee. And don't try to cheat or you may get hit with a penalty charge.)

• Ryanair has no assigned seating, a method similar to the boarding free-for-all that's customary on Southwest Airlines in the U.S. We recommend that you pay a fee to be in the first group to board the plane. (If you're a solo traveler, though, you may not feel that the fee is worth it to you.) The fee is about $9. (The alternative: If you check in early to be first in line to board the plane after all of the people who pay for "priority boarding." Your chances are high you'll still get a good seat, but be prepared to hustle.) We explained the major fees and which ones you can avoid in a previous blog post.

• Travel websites like Kayak and Mobissimo never tell you to buy separate tickets on different airlines or help you price these tickets out, so it's easy to forget about the strategy. In fact, it's easy to forget about Ryanair entirely because many travel websites, including Expedia, Orbitz, and Travelocity don't include its airfares in their search results. You have to visit Ryanair.com (or a metasearch site like Kayak and Mobissimo) to check.

• Unlike major airlines like United and Alitalia, Ryanair has high profit margins and announced plans last month to continue its expansion. Already, the airline has more than 165 aircraft flying more than 700 routes, says The Washington Post. So you should feel confident that your Ryanair flight will be there when you need it this fall.

Affordable Europe: Use Ryanair, but watch the fees

So how about you? Feel free to sound off with your own experiences with Ryanair or buying separate tickets, by commenting on this post.