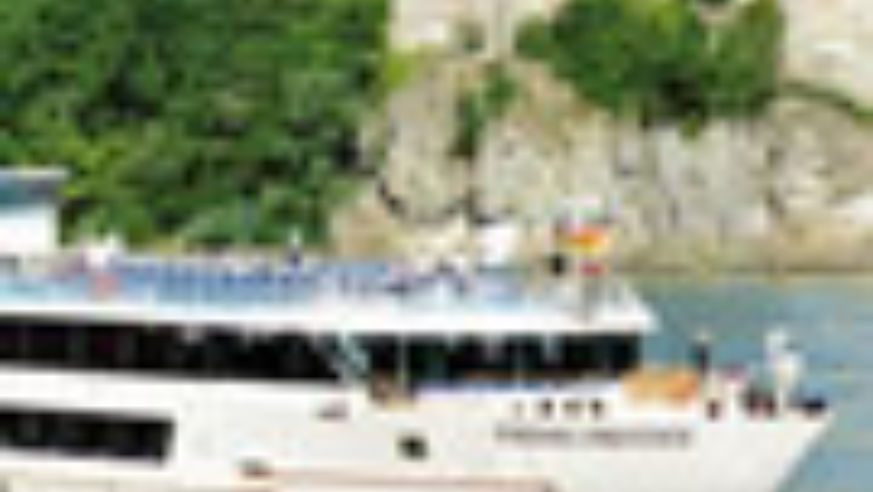 If you love big-ship cruising but crave a more intimate experience, then the small boats plying the rivers of Europe&mdash;and beyond&mdash;are just the ticket.

Why am I hearing so much about river cruising these days?
Imagine sailing the Nile past the temples of Luxor, floating by medieval castles on the German Rhine, or tooling along the Mekong through aging French colonial towns in Laos—all from your own private balcony. If this sounds pretty appealing to you, you're not alone. About 215,000 North Americans will sail on riverboats this year, up nearly 60 percent since 2004. The spectacular growth has led to a surge of options across Western Europe and in far-flung destinations like China and Russia. It's also ushered in a host of impressive improvements. Outfitters are introducing new ships with larger cabins and upscale touches such as floor-to-ceiling windows and private balconies. Even on older boats, however, river cruising has inherent perks: The ships are smaller, so the service tends to be more personal and the atmosphere among passengers is more familiar. Also, on most lines all excursions, food, and drinks (including beer and wine at meals) are included in the cost of the trip, so there's no need to touch your wallet once you set sail.

How do I choose the best company for me?
Here's a fact that might help simplify things: 75 percent of North American passengers travel with one of just five river cruise operators. Chances are, you will, too. Of the five, the winner of our Readers' Choice poll, Viking River Cruises (vikingrivercruises.com), is the largest, with 24 percent of the entire market and a reputation for generous promotions, including frequent two-for-one deals. Although it's headquartered in Los Angeles, Viking specializes in European itineraries, with 18 ships that cruise most of the Continent's major waterways. Uniworld River Cruises (uniworld.com), the next-biggest, has a more boutique, upscale ambience (think plush guest robes and designer body-care products) to go along with its slightly higher prices. The bargain of the bunch is Grand Circle Travel (gct.com), which hosts group tours for "mature Americans" that tend to be cheaper and longer, albeit on ships that are a bit older and smaller. The most cosmopolitan is Avalon Waterways (avalonwaterways.com): One third of its passengers hail from English-speaking countries other than the U.S., and it has the newest fleet in the game, averaging just 2 years old. Rounding out the top five is AMA Waterways (amawaterways.com), which focuses on European destinations—and local wines. Thoughtful pairings are served at every meal.

How can I get the best deal?
Unlike the price slashing you'll find on big-ship ocean cruises, which have thousands of cabins to fill, last-minute discounts on riverboats are rare—all the more reason to plan strategically. If your travel dates are flexible, you can often find two-for-one deals in the off-season (which in most of Europe is late autumn to early spring). If not, consider inviting friends and family and angle for a bulk discount. Every operator has one. With Avalon, for instance, a group's 16th passenger comes along for free. Finally, think about booking your trip à la carte instead of buying one of the packages that operators typically offer, which often lump together cruising, land tours, and hotel accommodations. Booking just the boat portion of the trip can save you big. Uniworld's 12-day Highlights of China & the Yangtze package, for example, starts at $3,099. But only three nights of the itinerary are actually spent aboard a riverboat. You could choose to book the cruising portion separately, through Uniworld's charter, Victoria Cruises (victoriacruises.com), plan the rest of your trip yourself, and sail for as little as $470.

What about extra costs?
The travel world is rife with hidden fees these days—except here, for the most part. Some companies include port charges (a standard fee of about $100 to $150 for a seven-night European cruise) in the original listed price, but others mention it only in the fine print and charge passengers separately. As mentioned, alcoholic drinks are free during mealtime on most ships, but if you're craving a cocktail at some other point, that will be extra, too. One thing to note: Gratuities aren't automatically added on to river cruise bills as they are with ocean cruises. At the end of a river cruise, envelopes are passed around with suggested (but entirely voluntary) tip amounts written on the front.

Can I bring my kids along?
Keep these guidelines in mind: If you're under 50, you'll be considered young; if you're under 30, you'll be a downright novelty; and if you're under 4, then sorry. No dice. Some companies, however, are starting to offer family-travel incentives. Uniworld, for example, is introducing two new itineraries this fall in which 4- to 18-year-olds travel for half price. That said, whether you want to bring them is another matter.

FREE FOR ALL
Little extras that make all the difference.

Wi-Fi Get connected at no cost aboard Viking and AMA.

Headsets Tune in to your tour guide (on, yes, your free excursion!) with AMA and Grand Circle.