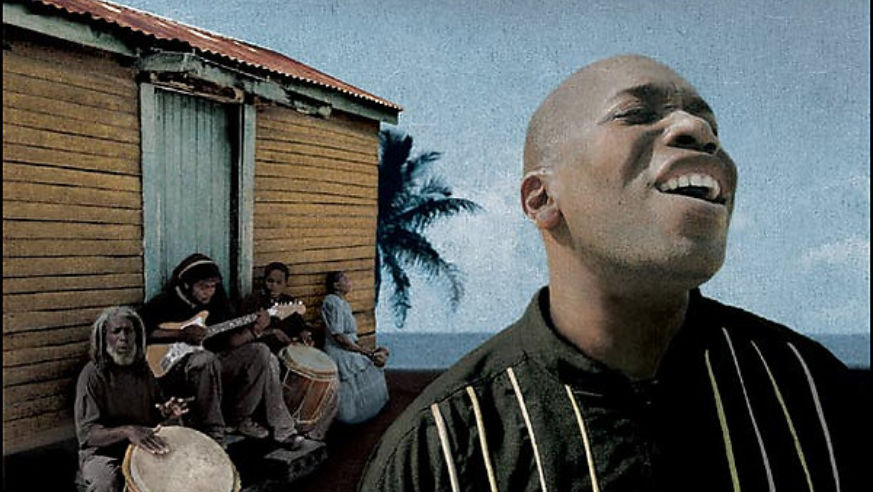 An interview with Garifuna artist and cultural diplomat Andy Palacio.

Andy Palacio reflects on recording in Belize with the multigenerational Garifuna Collective, musicians keeping the sounds of their little-known heritage alive.Wátina, their new album, will be released February 27 on a label founded by Putumayo's Jacob Edgar.

Q: What are the roots of Garifuna culture, and how does it resonate with you personally?

A: Long before the Europeans came to the Caribbean, my Carib and Arawak ancestors had been mixing and populating their island homes. Africans later came in and added another layer to the fabric. Today, as a Garifuna person, I am all of that. Additionally, I have been shaped by the Belizean society into which I was born. I am proud to be part of the cultural richness of Belize and our region. This mosaic should never lose its dynamism, and we must endeavour to keep it diverse, interesting, and colorful.

Q: How did the Garifuna Collective come together, and what inspired you to create this album?

A: The concept of the Garifuna Collective actually began around 2001 with a couple of us artists and musicians who had appeared on various Stonetree releases. We first began to travel internationally as the Garifuna All Star Band, and later, we went on to perform occasionally in Belize under the same name. Just before Wátina was completed, we came up with the name the Garifuna Collective, which we thought was more representative of the concept.

Watina was created out of a vision to highlight lesser-known forms of Garifuna music. Punta, punta rock and paranda, had gained much popularity even outside of the Garifuna community over the past few years, and I believed it was time to introduce a more soulful and deeper side of Garifuna music to the global audience. In order to accomplish this, my producer, Ivan Duran and I brought together some of the region's finest musical talent.

Q: Where did you record the album, and what was the atmosphere like during the recording process?

A: Ivan basically "parachuted" into the seaside Garifuna village of Hopkins and took over Sandy Beach Lodge, a small resort operated by a Garifuna women's cooperative, for a few months. There, we laid the album's foundation, recording the basic tracks in that rural, communal setting. The whole environment was very relaxing and inspiring. It lent itself to a great deal of personal interaction among ourselves and making music in a way that simply felt natural to us.

Q: What are some of the distinctive qualities and recurring themes of Garifuna music?

A: In Garifuna culture, songs are viewed as "images" of reality; hence, Garifuna composers reflect a wide range of emotions, views on issues facing their families and communities, spirituality, and our history as a people. Issues of poverty, illness, and death are quite common, as are relationships between the sexes and nostalgia.

Q: What led you to make the transition from punta rock to Garifuna?

A: Let me point out that punta rock is actually a form of Garifuna music, albeit a recent innovation which eventually found its way to other communities. It continues to enjoy an incredibly high level of popularity in many places, but my decision to divert was largely based on the desire to show the world that there is much more to Garifuna music. Dancing punta rock is very sexy and entertaining. Wátina should help to keep our hearts, souls and minds us dancing for many other reasons.

Q: Who do you hope will listen to this album?

A: I intended Wátina for anyone with an open mind for music. It is also intended for the people of the world who wish to learn something about the Garifuna and places where we live. Above all, however, I hope that Garifuna listeners will find it uplifting and inspirational and that they will identify with my feelings, including my hopes, my concerns, and my pride.

Q: In what ways do the songs on this album evoke a sense of place and community?

A: Even though many of us on the album come from different communities, we have continuously felt a sense of oneness of purpose in our approach to our music. We all speak the same language and, in so many ways, we are singing to the same audience.

Q: What do you think is the future of the Garifuna community in Belize?

A: Reciprocity is a fundamental pillar of the Garifuna cosmovision. We have been able to enjoy much of that here in Belize, to the extent that our people have enjoyed many successes, while making numerous contributions in several sectors of society. We are an integral part of Belize's social fabric, and that is not about to change any time soon.