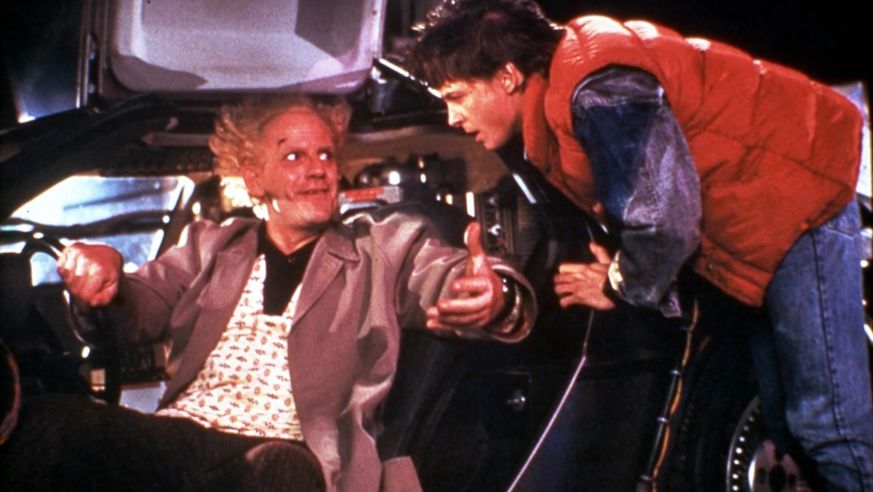 Take a free ride in a DeLorean on Back to the Future Day, among other awesome travel deals inspired by the BTTF movie trilogy.

Today, the red-letter day of October 21, 2015, you're going to see some serious stuff in the travel world, from free DeLorean rides to 1985-era hotel prices, in honor of Back to the Future Day, the precise day that Marty McFly, Doc Brown, and Jennifer Parker zoom to in Back to the Future Part II—30 years after 1985. Yep, it's finally here!

Read on for awesome travel deals from companies that are as geeky about BTTF as we are here at BT. (Nerd confession: I read the new book We Don't Need Roads: The Making of the Back to the Future Trilogy last week on the beach in French Polynesia on my honeymoon.)

Ride in a DeLorean for Free in NYC

Select "McFly Mode" in the Lyft ride-requesting app in New York City's Manhattan borough today from 11 a.m. to 5 p.m., and you'll get a free ride in a DeLorean DMC-12. There's a 15-minute time limit, unfortunately; otherwise, we'd run all of our errands in it. The cars are being shipped into NYC from around the U.S., so fingers crossed the supply meets the heavy demand.

Book a Cayman Islands Resort Stay from $85 Per Night

Keep your eye on the clock (tower) for the Cayman Islands' 48-hour Back to the Future Day flash sale, which runs from midnight on October 21 through 11:59 p.m. on October 22.

Watch the day unfold on the Cayman Islands' Twitter, Facebook, and Instagram accounts as they do a BTTF-inspired takeover, featuring vintage Cayman Islands photos and trivia. Far-out!

Get 1985 Pricing at U.S. Westgate Resorts, Starting at $29 Per Night in Las Vegas

Until the stroke of midnight tonight, book 1985-era rates at Westgate Resorts with the chain's Back to 1985 promotion, good for stays through Feb. 29, 2016, at any of Westgate Resorts' 23 U.S. properties. Destinations include Orlando, Florida (from $64 per night); Park City, Utah (from $91 per night); and other U.S. vacation spots.

The lowest rate: $29 per night at Westgate Las Vegas Resort & Casino in Las Vegas, perfect for re-enacting your very own slots-heavy Biffhorrific alternate universe from Back to the Future Part II. Just keep your eyes peeled for a crazy wild-eyed scientist or a kid who might show up asking about a certain sports almanac.