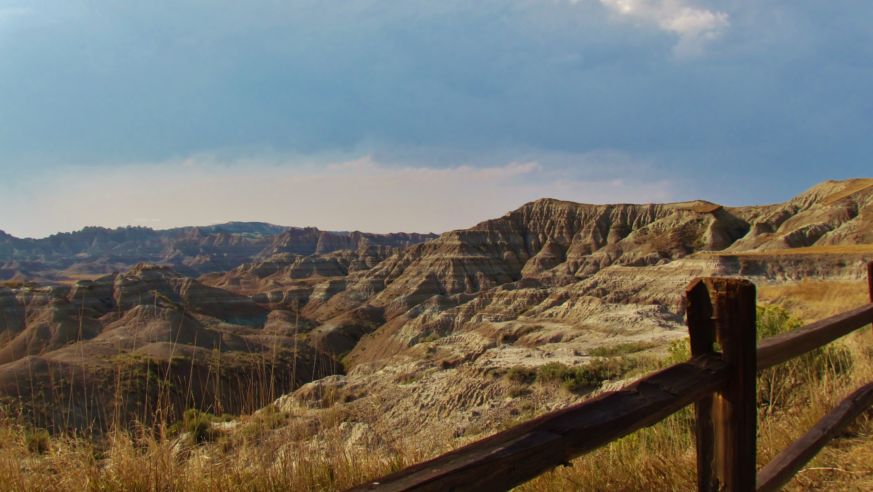 Fans of America’s national parks, including BudgetTravel.com editors and readers, have had a turbulent ride over the past few days, at least as far as their Twitter feeds are concerned.

NPS’s account deactivated. On Saturday January 21, the day after the presidential inauguration, the National Park Service’s official Twitter account was deactivated after the account had tweeted images comparing this year’s inauguration crowds with the larger inauguration crowds from 2009. The NPS account is now back in action, but the NPS has encouraged social media managers to post only about public safety and park information and to avoid commenting on policy issues. As all this was going on, our Budget Travel social media audience voiced its support and affection for NPS Twitter feeds as sources for weather, road conditions, special events, and especially for the gorgeous photography.

Badlands National Park goes rogue? On Tuesday January 24, the official Badlands National Park Twitter account seemed to be actively resisting the new NPS social media mandate. The park, a South Dakota favorite of Budget Travelers for its dramatic peaks, canyons, bison, and affordable local lodgings, appeared to post a series of tweets about climate science, including “Today, the amount of carbon dioxide in the atmosphere is higher than at any time in the last 650,000 years.” Although the tweets shared basic earth science that high schoolers across America understand, the posts were seen by many as a purposeful challenge to the new president, who has criticized climate science and played down the need for the reduction of carbon emissions. Some Twitter users celebrated the posts as acts of political resistance, while others noted sardonically that the employee responsible would likely soon be out of a job. As if following a boilerplate thriller screenplay, the climate-science tweets then disappeared from the Badlands National Park account, sparking head-scratching and censorship concerns. Badlands officials told the press that the tweets were the work of a former park employee who should not have had access to the account, and that the tweets were taken down voluntarily, not as the result of a government order.

Meet the rogue tweeter. Things got even more interesting today with the debut of a Twitter account, @Badlands_NPS, which states that it is “unofficial” and has posted the climate-science tweets that were deleted from the official Badlands account. Curious, I reached out to the owner of the new Twitter handle,  who participated in an email interview with me on condition that the “rogue tweeter” remain anonymous. I honestly don’t know whether the person I interviewed is, in fact, the former employee blamed for the Badlands climate-science tweets. But I do know that the BudgetTravel.com audience is a well-educated, open-minded, and voraciously curious bunch who will be interested in learning more about this new Twitter star.

Q: How has the work environment at Badlands changed since the new administration took office last Friday?
A: "I can neither confirm nor deny that the person or persons behind this Twitter handle are currently employed by the government. I think that everyone all around the country is in limbo concerning the new administration. No one knows what Trump is going to do, or why he is going to do it. We know he wants to privatize a lot of Federal land, and we are hopeful that he doesn't plan on privatizing the National Park Service."

Q: What was your motivation for starting this new Twitter handle?
A: "One of our greatest national treasures is our environment, park system, and federally owned land that is available for use by the public. It would be a travesty to allow private companies to take possession of our birthright as Americans."

Q: What do you think each and every national parks lover can or should do to protect public lands from privatization?
A: "I think that everyone who values our public land and park system needs to get out and vote. Protesting is awesome, marching creates community and engenders hope, but in order to change the new status quo, we need to vote. Vote for candidates in local and state level elections that support the environment. Make sure that they believe in climate change and understand that global warming is real and dangerous. We need to work from the bottom up, and effectuate change on a local level before we can turn to the federal level in 2018."

The opinions expressed by interview subjects on BudgetTravel.com are solely their own and do not reflect the opinions of Budget Travel, its parent company, or affiliates.