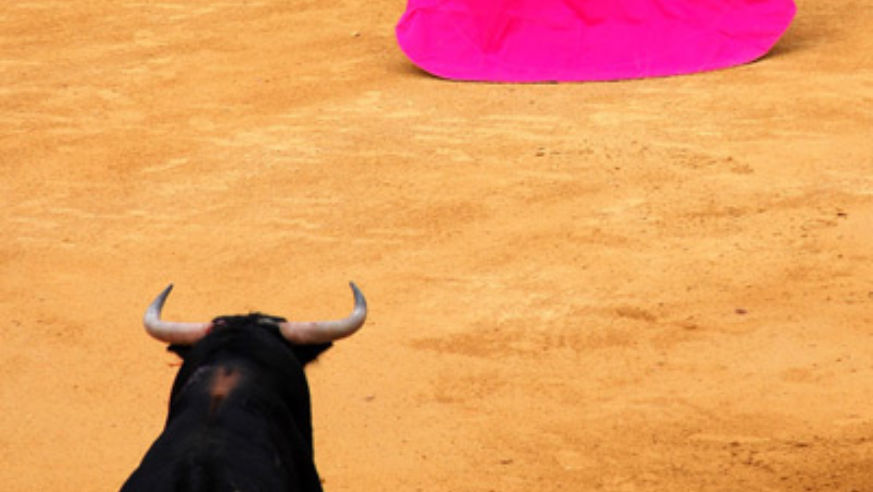 For centuries, the battle between man and beast has played out in Spanish arenas, with about 13,500 bulls killed yearly. But like Britain's ban of the traditional fox hunt since 2002, bullfighting may soon become extinct. On July 28*, a vote from local parliament has blocked the sport from taking place in Barcelona and the rest of northeast Catalonia. (The law goes into effect on Jan. 1, 2012.) Similar bans may be voted into place elsewhere in the country.

What animal activists are considering a victory—it was an international petition signed by 140,000 campaigners, including Pamela Anderson and Ricky Gervais, that championed the ban—two-thirds of Spaniards are calling a blow to their national identity and what they believe to be an art form. But many Catalonians don't agree with the rest of the country, and are trying to shrug off some of Spain's traditions, especially since more than a million locals marched in Barcelona two weeks ago in support of calling their autonomous region a nation, making the timing of the bullfight vote appear more political than humane.

Although there are only two arenas located in Barcelona (one holds 15 fights per year, and the other is being converted into a shopping mall), an estimated $390 million in revenue may be lost from the regional ban. There's already a 50,000-signature petition circulating to extend the ban to Madrid, but there's little threat that the sport will ever completely leave the nation. With a regional government that's declared bullfighting to be a part of its "protected cultural patrimony," the battle will continue to go strong in the capital city, as well as abroad in Mexico, Peru, Ecuador, and Venezuela.

So what's your take: Is bullfighting a cultural treasure, or a cruel bloodsport?