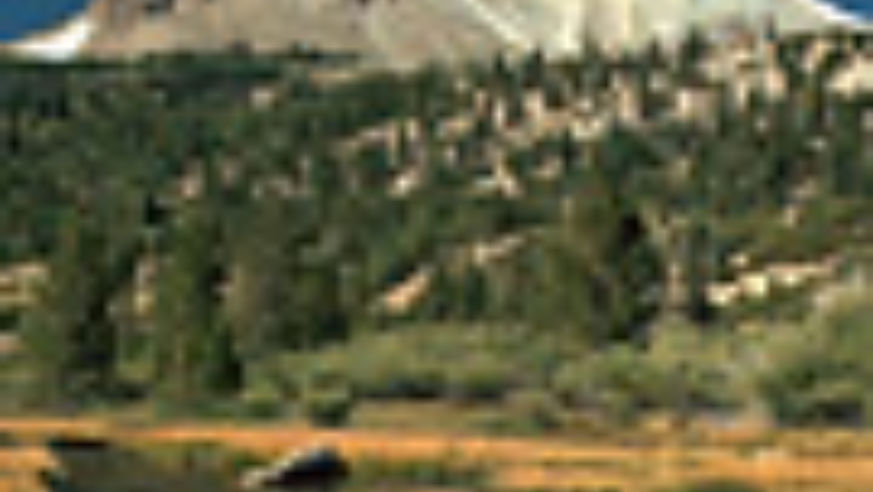 Instead of Yellowstone, try California's often overlooked Lassen Volcanic Park, or the Great Sand Dunes in Colorado, bursting with wildflowers.

There's no getting around the fact that summer is peak season at most parks—but "peak" is relative. At Lassen Volcanic, an overlooked park in the northeast corner of California, you can hike all day on one of the busier trails in July or August and maybe see a total of 10 people. Lassen marks the south end of the Cascades, a mountain range that extends through the Pacific Northwest into British Columbia. The 106,000-acre park is unique for its hydrothermal features: fumeroles (like geysers), mudpots, and boiling springs. There are also dozens of lakes, hundreds of plant species, wide-open meadows, and a more than 10,000-foot dormant volcano. Because the park isn't on the way to or from any major attraction, Fourth of July and Labor Day weekends are typically the only times you have to worry about crowds.

People who make it there love driving the beautiful, 30-mile Lassen Park Road (Hwy. 89) past lakes, forests, and remnant lava flow. Another favorite is the 1.5-mile walk to an elevated boardwalk leading through a basin of mudpots and steaming pools at Bumpass Hell, the park's largest hydrothermal site. The Cinder Cone Trail, in the remote northeast corner, is especially nice if you're out early in the morning, before it gets too warm. You trudge through sand-like soil for a few miles to magnificent views of Butte Lake, Lassen Peak, and the Painted Dunes colored in trippy browns, reds, and whites.

Colorado also has a park that's under most tourists' radar, not only because it's miles from the nearest interstate but also because it became a national park relatively recently. After decades as a national monument, Great Sand Dunes earned the new designation in 2004. If you're not excited by a big pile of sand, you've never seen the dunes—nearly 30 square miles of them, 750 feet high, braced up against the 13,000-foot peaks of the Sangre de Cristo. Locals know to come to the park in early summer to play in the water streaming over the base of the dunes. Creeks often don't dry up until mid-July, around the time that the bright gold threadleaf goldeneye and other flowers are sprouting. "Basically anywhere there's water, you'll find wildflowers," says Carol Sperling, the park's chief of interpretation and visitor services. "Just go for a short walk along the creek on the Mosca Pass Trail or hike to some of the subalpine lakes in the high country."

Temperatures in July and August hit the mid-80s in southern Colorado most days, dipping down to the 40s overnight, and there's little or no humidity. The sand can heat up to well over 100 degrees in the sun, however, so wear pants and boots if attempting to climb to the top of the dunes (at a good pace it takes about an hour). Miles and miles of more dunes come into view after cresting every ridge, and at the summit you can see across the valley to the San Juan Mountains 60 miles west. The sunsets are superb, casting yellows, oranges, and purples across the wide-open sky. Before nightfall there's generally a chance to witness why the peaks to the east were named the Sangre de Cristo. As the story goes, centuries ago a Spanish priest, dying from a wound in battle, cried out the phrase ("the blood of Christ") while looking up at the mountains as they turned a deep shade of red.

The Presidential Park
It's hard to get further off the beaten path than North Dakota's Theodore Roosevelt National Park. The only time there's a real crowd is in August, when the Champions Ride rodeo saddles up nearby. Follow in Teddy's footsteps by hiking the Petrified Forest trail—with siliconized cypress trees everywhere, it's like walking in a forest of stone. Plus, you can spot bison herds.