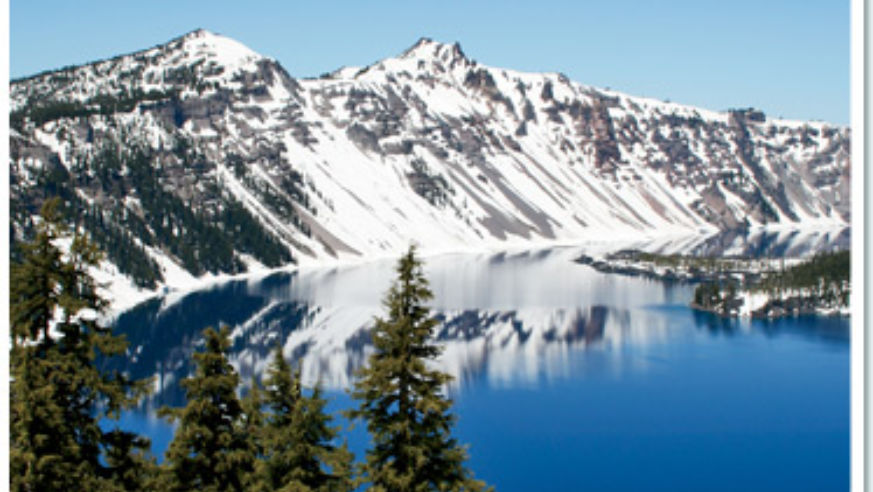 Autumn's a good time to visit Redwood, Crater Lake, Acadia, and North Cascades parks, as temperatures will be cool and school kids absent.

After Labor Day, there's an absence of bugs as well as crowds at most parks, and the chill of winter hasn't set in yet. "September is an ideal month to visit the parks," says Rick Nolan, Chief of Interpretation at Redwood National Park in northern California. "Once the kids are back in school there's plenty of elbow room." Temperatures are in the 60s in early fall, and the average rainfall for September is less than two inches (compared to nearly a foot per month in the winter). Last year the park welcomed 64,000 visitors in July, but only 42,000 in September, making it the perfect time to soak in the primordial vibe created by the Pacific mist and the 350-foot-tall redwoods.

At Crater Lake in Oregon, the last of the season's boat tours runs sometime in mid-September (541/594-3100, $26-$36). To board, you must hike down steep switchbacks for a mile. It's worth the trip: Nothing compares to gazing into the deep, electric-blue water up close. Head to the park's southeast corner to check out the jagged rocks known as the Pinnacles. "They're a cool geological formation that occurred when ash flowed during the eruption," says interpreter David Grimes. "The mountain had frothy flows of rock coming down the sides into valleys. Gas then superheated this ash to solidify it." The earth surrounding the Pinnacles eroded centuries ago, leaving behind spiny, gray rocks jutting up from the ground.

The year's best weather at Acadia in Maine and North Cascades in Washington comes in July, August, and September, and the latter is by far the least crowded. "In September at Acadia it gets into the 60s during the day, which is great hiking weather," says park ranger Wanda Moran. "Even with the foliage season, it's pretty quiet compared to summer." The first leaves to turn colors are in the upper elevations, so hike to Beech Mountain (overlooking two ponds), or take the lazy route and drive up to the park's highest peak, 1,530-foot Cadillac Mountain.

Sometimes at North Cascades it's not until late summer that all of the alpine trails are clear of snow. Hiking is the major draw, though you don't have to work hard for great scenery. "The views from the Cascade Pass Trail parking lot are just incredible," says Michael Liang, a park ranger. "You see glaciers and sheer cliffs as soon as you step out of the car." The vistas gets even better on the trail, which brings opportunities to run into mountain goats and furry little creatures such as marmots (oversized squirrels) and pikas (undersized rabbits). After ascending 1,800 feet in 3.7 miles, you reach a dramatic lookout for both the east and west faces of the Cascades.

Plan Ahead Instead of paying for notoriously overpriced groceries, film, and outdoor gear inside parks or at tiny gateway towns that make a killing on tourists, stock up on supplies ahead of time in a large shopping center.

Penguins and Jokers Not Welcome
Thousands of Mexican free-tailed bats go through a nightly ritual at New Mexico's Carlsbad Caverns. Just after dusk, swarms come flapping out of the Natural Cave entrance to gorge on moths and insects. Flights occur from spring to early fall, and are most impressive in August and September, when newborns are old enough to join in the hunt. Visitors watch the spectacle from a stone amphitheater after listening to a park ranger give a free talk (575/785-2232; exact times change). By October the insect population is down and the bats have headed to Mexico for the winter.