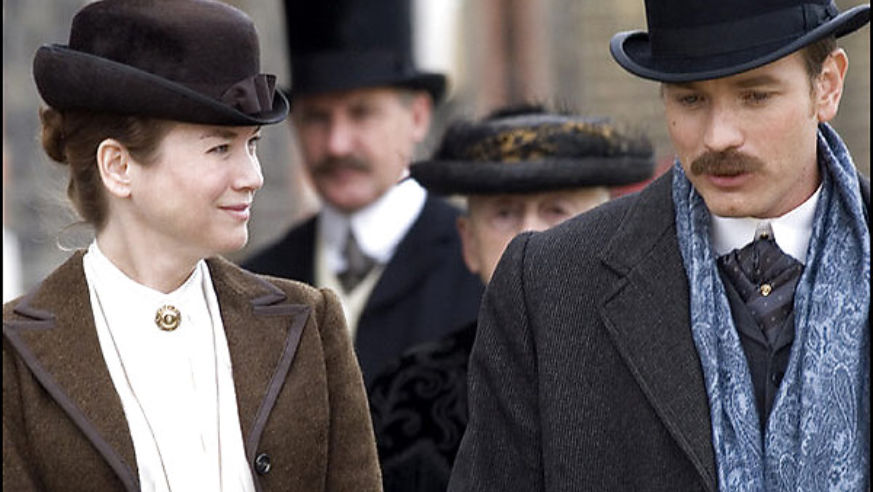 The life of children's book author Beatrix Potter may seem an unlikely inspiration for a biopic, but watching Renee Zellweger portray her in Miss Potter, you will quickly realize what a fascinating life Potter led. Director Chris Noonan (Babe) has brought his own sense of magic to the story--Potter's animal characters wiggle and hop around in their drawings. And despite some schmaltz, the film is undeniably sweet as it tells the love story of Beatrix and her publisher Norman Warne (Ewan McGregor).

There is something else to swoon about in the film besides Mr. McGregor. Scenes depicting Potter as a child and then as an adult beginning to buy her own property were filmed in Britain's Lake District. The area's stunning landscape includes England's most impressive mountains and 16 icy blue lakes of every size. It looks like a place where Wuthering Heights would have taken place, only more serene. Rolling green moors and hills are dotted with little farms (some owned by the real Beatrix Potter).

Hill Top Farm, the first of several farms purchased by Potter, is now owned by the National Trust and is open to visitors (nationaltrust.org.uk). Admission is $10. To experience a working farm, used as a location in the film for Hill Top, visit Yew Tree Farm. The picturesque property is also a B&B (yewtree-farm.com, from $104). The farm will, however, be under renovations this winter. If you do happen to go, be on the lookout for mischievous bunnies and gullible ducks.

The film opens in limited release on December 29 and nationwide on January 12. For more information on Beatrix Potter sites and the film Miss Potter, check out our article, Movie Quest 2006 or visitbritain.com/misspotter.