By Ashley M. Biggers
February 1, 2019
Courtesy McMenamins Breweries
"B&B" doesn't always stand for "bed and breakfast" these days. A new generation of American brewers are opening up "bed-and-brews," around the US, ensuring their guests easy access to superior house beers.

Europe is spilling over with taverns—the suds flow downstairs while travelers tuck in for the night upstairs. Although that tradition sailed the Atlantic and found an early foothold in the United States, it nearly went the way of the black rhinoceros during Prohibition. These days, though, the craft beer craze is rekindling this custom, with "bed-and-brews" offering accommodations steps away from a great pint. Here are a few places to stay on your next U.S. beer-centric vacation. 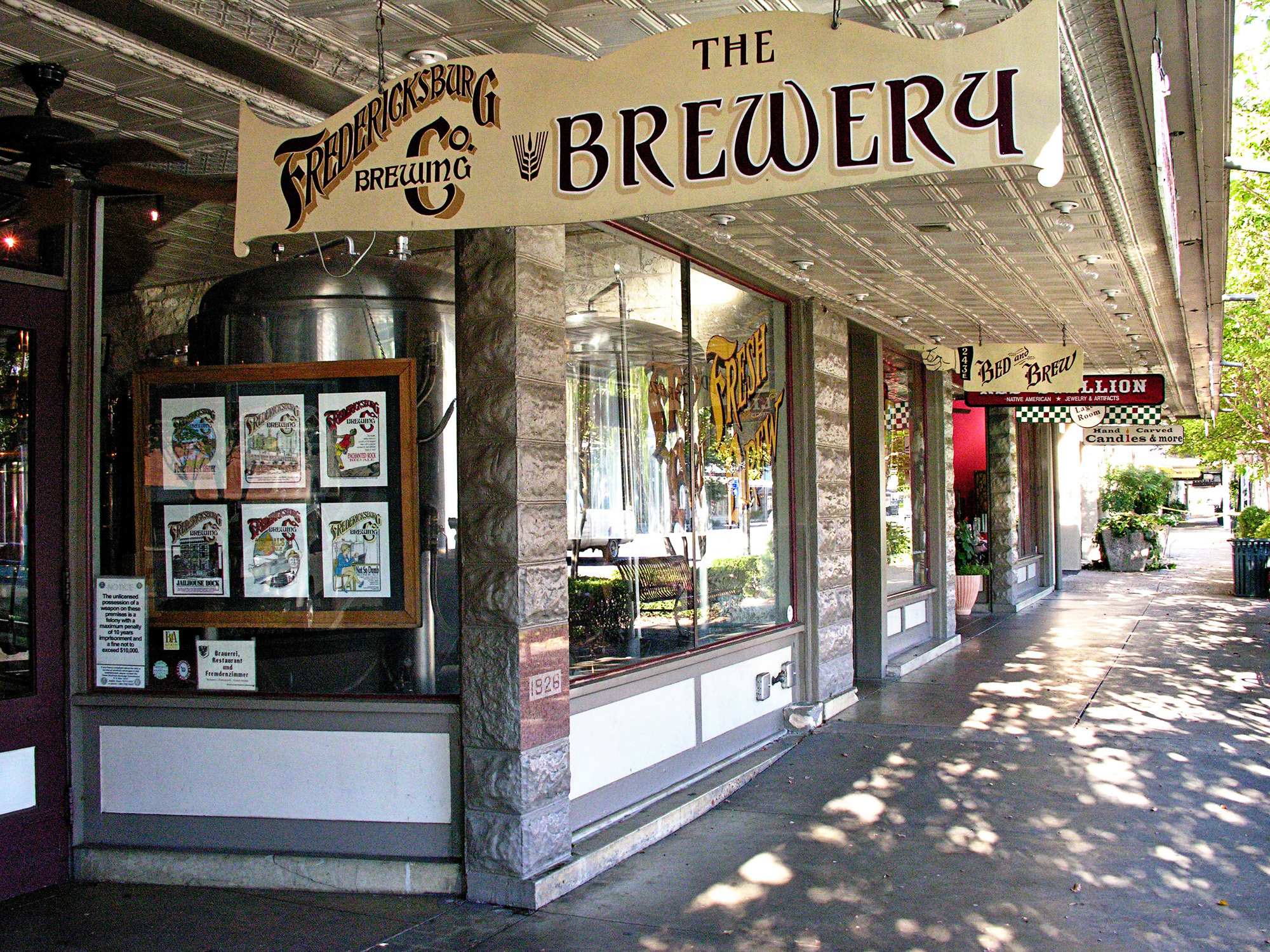 At this bed-and-brew, the restaurant host doubles as front-desk staff for the dozen guestrooms in the building. The Fredericksburg Brewing Company founders established the brewpub in 1994—shortly after Texas legislation allowed them to do so—and followed it later that year with a bed-and-brew, which makes this inn the granddaddy on this list. The tavern-style lodgings, housed in a restored 1890s building, fit right in with Fredericksburg’s German roots. Most of the guest rooms branch off a central hallway just like the boarding houses of yesteryear. Upon check-in, guests get a token for a pint of beer in the pub for each night’s stay.
From $99; yourbrewery.com. 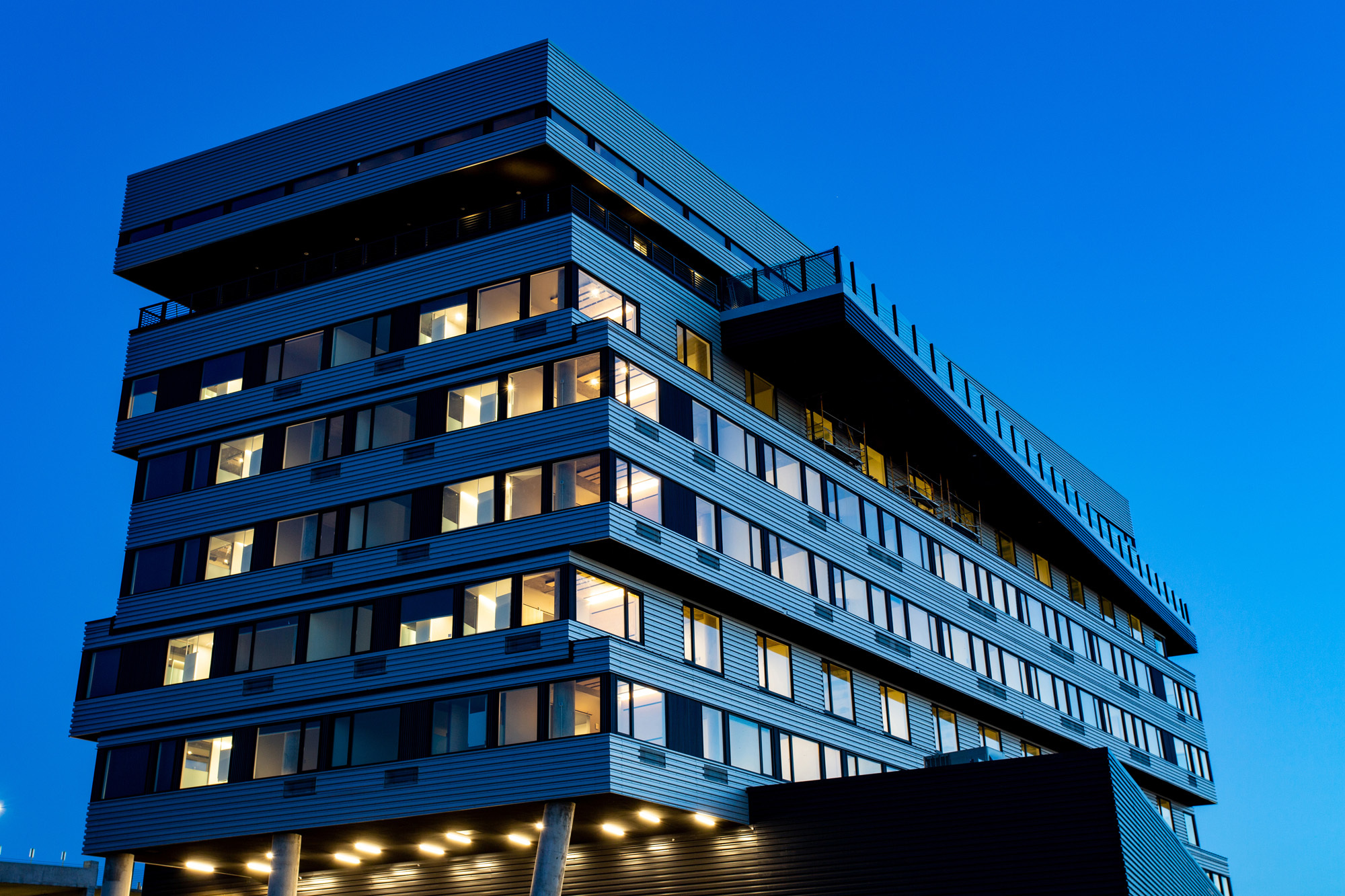 The influential New Belgium Brewing Company, an early name in craft brewing, usually brews from its Rocky Mountains perch in Fort Collins, Colorado, but in the fall of 2018, it opened its inaugural Denver brewery at the Source Hotel, where guests can help themselves to a complimentary craft beer at check-in. There’s a tap at the front desk, which has a perfect view of the brewery’s 10-barrel system. But most of the pints are poured upstairs at the hotel’s eighth-story restaurant and bar, The Woods, which also houses New Belgium’s barrel-aging program. Most menu items—both the food and cocktails—feature New Belgium beers as an ingredient. And even if they're not beer-infused, all the dishes here are designed to pair with the house brews. That thoughtful attention to craft extends far beyond the brewpub. The hotel sits adjacent to The Source, an 1880s foundry building that now houses an artisan market.
From $249; thesourcehotel.com. 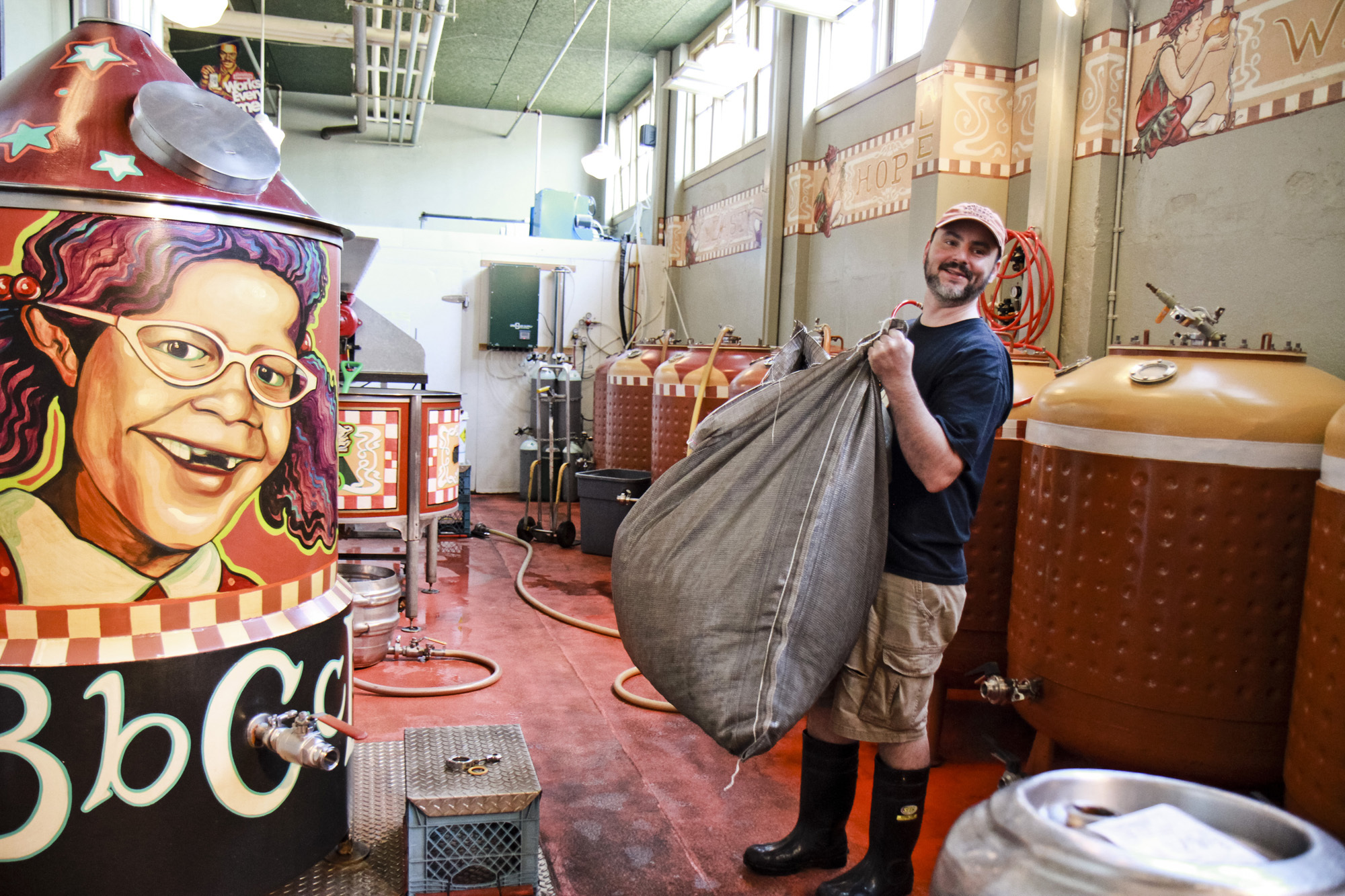 With 26 breweries dotted across Oregon and Washington, McMenamins is a bold-faced name in the Pacific Northwest’s crowded brewing scene. It also operates a dozen hotels, seven of which have breweries on site. (And look out for a new one opening April 2019 in Tacoma, Washington). The hotels offer Beer 101 Overnight packages, which include two taster trays of guests’ choice of handcrafted ales plus a growler filled with their favorite to take home. Brewery tours are also available, but guests may prefer to spend their free time wrapped in a bathrobe, pint in hand, roaming the eccentric properties. Each McMenamins hotel has a unique past life. The Kennedy School in Portland, for instance, once housed an elementary school, and the Elks Temple in Tacoma, Washington, is a former lodge for that fraternal order.
From $70; mcmenamins.com.

Guests get the full North Country experience at this property that includes a brewery, the Main Bar brewpub, which sometimes features live music, and 40 unique rooms and suites located across six buildings on the property. The accommodations are outfitted with cozy quilts and stone fireplaces, and all lie within easy walking distance of the brewery, which offers daily tours that end with a sampling session.
From $96; woodstockinnbrewery.com. 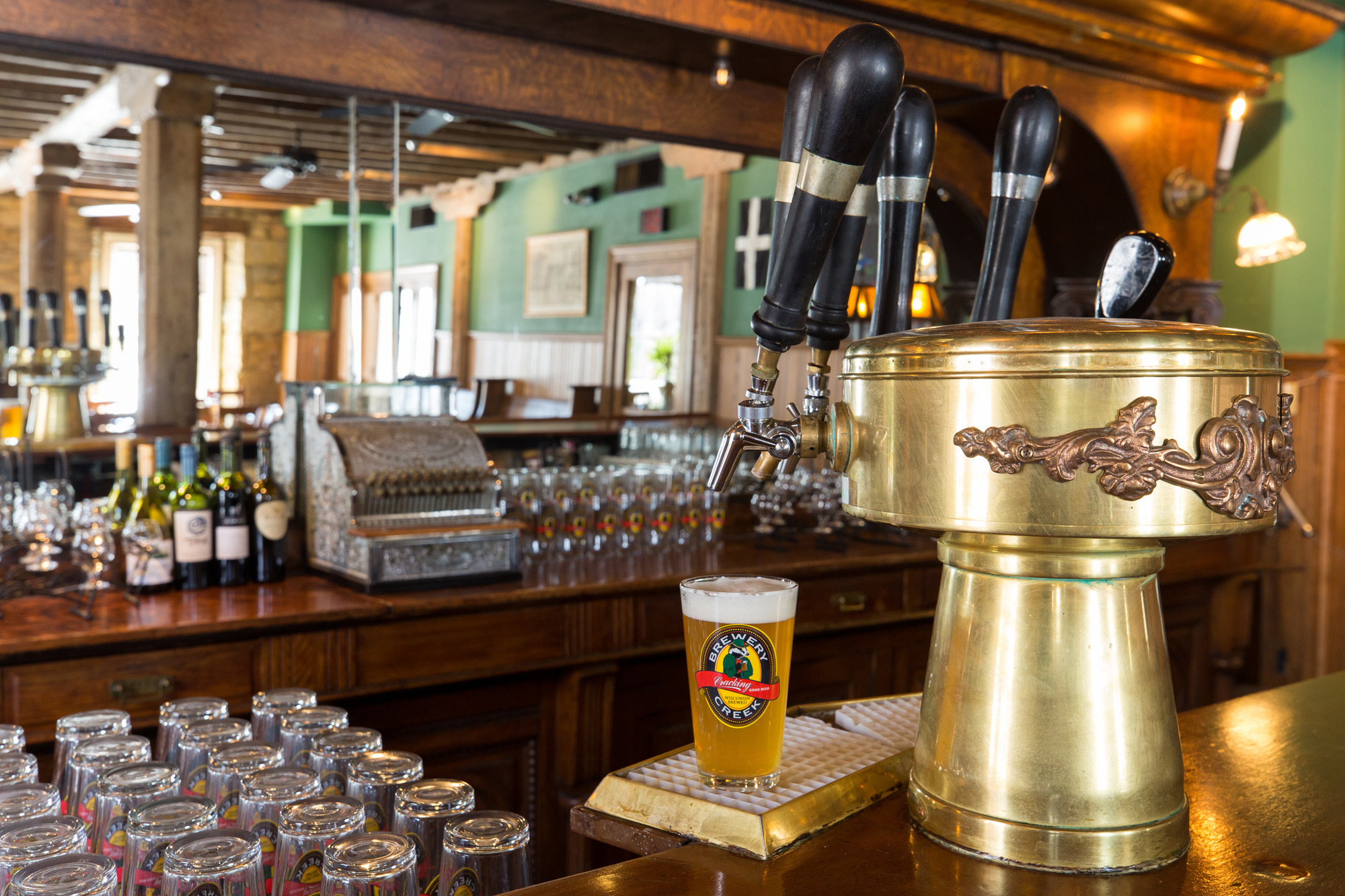 Guests may sample Brewery Creek’s farmhouse ales at check-in before climbing the stairs to one of five homey rooms above the brewery. The brewery/inn building dates to 1854, when Mineral Point was an industry town and the limestone building housed mining materials—a far cry from the working brewery of today. During their stays, guests can sample beers and schedule a personal tour from the brewer/proprietor, who lives on site. This year, the inn plans to start offering tours to other regional breweries and award-winning cheese makers, too. (It is Wisconsin, after all).
From $112; brewerycreek.com. 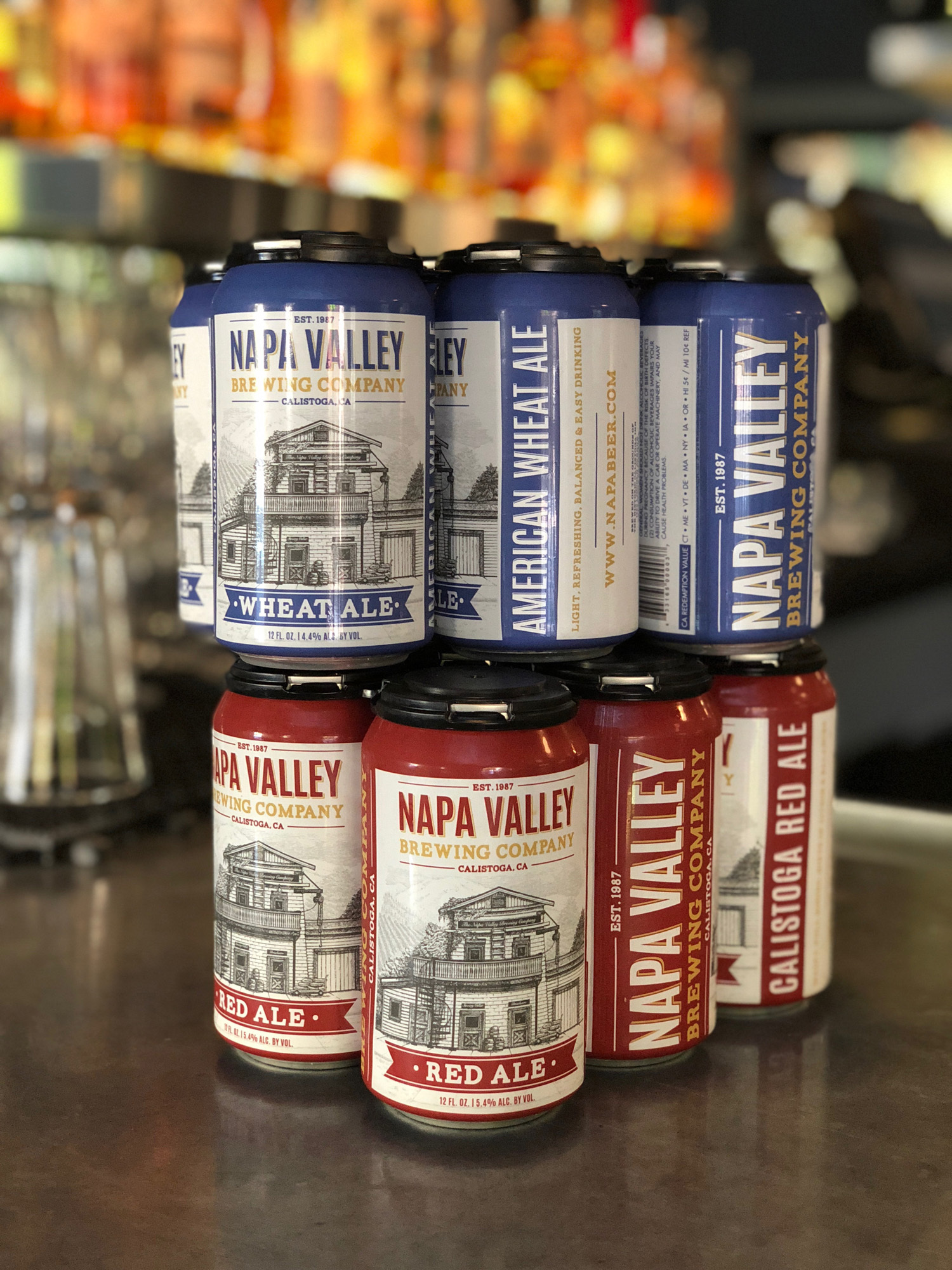 Even in the heart of Napa Valley wine country, beer is top of mind for some travelers. This turn-of-the-century European-style hotel has all the charm of Napa Valley, with a micro-brewery (Napa Valley Brewing Company) on site. Seventeen guest rooms are arranged on four floors above the ground-floor pub and there’s a private cottage located behind the hotel. The proprietors are also constructing a second bar to serve guests on the popular patio and beer garden during the height of summer. Lodging packages include tastings of the breweries four house beers and seasonal creations.
From $129; calistogainn.com.

Established in 1797, the Norwich Inn has welcomed some esteemed guests throughout its storied past, including President James Monroe, who is said to have dined there in 1817 during a tour of frontier New England. The inn brewed small-batch beers on the premises even then, but the most recent chapter in its beer history dates to 1993 when Jasper Murdock’s Alehouse, the inn's present-day eatery, began producing English-style ales. The alehouse now brews in a historic adjacent livery building, then pumps the suds underground to its taps. The menu items here pair with house-made beers like the signature Whistling Pig Red Ale. The inn is comprised of three buildings and the main one evokes its 1890s beginnings with Victorian-style furnishings.
From $144; norwichinn.com.

Set in the heart of Pennsylvania Dutch Country, this inn has, during its 240-year history, been a military shop, stagecoach stop, hotel, restaurant, and doctor’s office. Today, the Colonial-era building is a rather traditional bed and breakfast — complete with four-poster beds — but it also has another “b” in its backyard: the Black Forest Brewery, known for its tavern-style ales. The brewery lodging package includes Black Forest Brewery logo pint glasses and a growler, a tasting-room credit, and a county-wide brewery trail guide.
From $125; 1777americanainn.com.

At BrewDog’s hotel, aromas of fermenting sour beer rouse guests in the morning. The Scottish beer company has such a solid base of committed fans that they funded the construction of the Columbus hotel through crowdfunding. The 32 guest rooms are inside the brewery building—and select rooms overlook BrewDog’s sour beer facility, BrewDog OverWorks. Lodgers can head downstairs for breakfast dishes paired with beer. If they opt to stay in, beer is still close at hand via in-room BrewDog taps. (There’s a fee for the drafts). The hotel also stocks room fridges with BrewDog’s founders' favorite beers. If that wasn’t enough already, guests can also shower with locally made craft beer soap. That’s taking suds to a whole different level.
From $182; brewdog.com.

Dogfish Head Brewery is one of the beer industry’s best examples of the trajectory that countless brewers dream of: scrappy upstart to cool corporate darling. The company established a basecamp for beer lovers when it opened its own inn less than seven miles from the brewery in 2014. The inn’s 16 rooms have the brewery’s signature off-beat approach—and its dedication to craft creations, including a signature coffee that blends Columbian beans, chicory, and dark-malted brewers barley and is available only at the inn. An inclusive lodging package grants guests a private tour of the brewhouse, the barrel-aging room, and bottling line, as well as a VIP tasting and priority seating at Dogfish Head Brewings & Eats for lunch.
From $169; dogfish.com.

All Aboard! There's Excellent Wine To Try on These Trains

Yes, you can have a first-rate vacation on the Continent by looking beyond the tried-and-true (and crowded and pricey) European capitals. Here, five of our favorite cities where your dollar will go farther thanks to shockingly low hotel rates, and your Instagram will be the envy of everybody back home. 1. Prague, Czech Republic Prague is sometimes referred to as the most beautiful city in Europe thanks to such eye-popping architectural must-sees as the Charles Bridge, Prague Castle, and historic Old Town Square. The city has seen an uptick in tourism over the past few years thanks in part to comfortable lodging that starts at under $100/night and culinary delights that include a variety of cheeses, dumplings, tripe soup, and cold foamy Pilsners. 2. Athens, Greece The dollar goes farther in the birthplace of democracy, philosophy, and, well, Western civilization in general. You’ll be awed by ancient wonders like the Parthenon and the Temple of Athena Nike at the Acropolis (best viewed in the afternoon and early evening thanks to the setting sun and nighttime illuminations). You may also be awed by the reasonable hotel rates, with excellent rooms available in the $80 to $100/night range. But this city isn’t all classical antiquity: Save time for trips to the local taverna for small plates, fresh seafood, and dolmades, plus the popularly potent local liqueur, ouzo. 3. Porto, Portugal Porto is one of Europe’s “second cities” that offer huge savings. The second largest city in Portugal, after Lisbon, Porto is located in the Douro River region, known for fantastic wines, including, of course, rich, red Port. But there’s much more to Porto than wine. Here, you’ll savor fun public markets like Mercado do Bolhao, contemporary art galleries along Rua Miguel Bombarda, and playful architecture such as Casa da Musica concert hall, designed by Rem Koolhaas. Hit the Ribeira neighborhood for buzzing cafes and bars, and then navigate the city’s old winding streets in search of the sculpture of Henry the Navigator by the harbor. Reliable lodging in Porto starts in the $80 to $100/night range. 4. Lodz, Poland Our colleagues at Budget Travel’s parent company, Lonely Planet, chose Lodz, Poland, as one of 2019’s top value destinations, rocketing the third-largest city in Poland from, “Where?” to “Wow!” for a lot of travelers. The revitalization of industrial spaces has transformed former factories and other buildings into a hot destination for shopping, culture, and entertainment, including a new planetarium, science and technology center, and the MS2 Museum of Art. You’ll find comfortable hotels for well under $100/night. 5. Budapest, Hungary With views of the legendary Danube River from hotels that start at around $100/night to some of Europe’s tastiest street food, including langos, essentially fried bread topped with sour cream, cheese, and garlic (we know, right?). The Great Market Hall should be a first stop for foodies, but don’t miss the UNESCO World Heritage Site at Castle Hill including the Royal Palace (dating back to the 13th century and now the home of the Hungarian National Gallery), and gorgeous Matthias Church. You should book a sightseeing cruise on the Danube, and prepare to snap unforgettable images of the city’s majestic Chain Bridge.